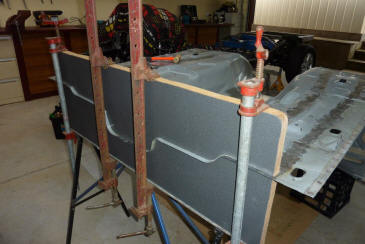 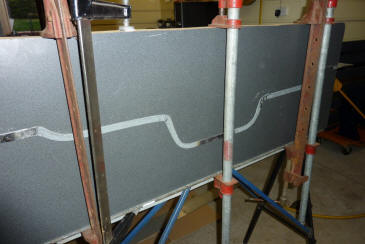 I have cut the Grand Cherokee floor to the length I want and need to turn up a flange so it can be plug welded to the cab rear wall. I just traced the floor contour onto a piece of thick board I had from the kitchen sink cut out. Then cut it out with a jigsaw, clamped it over the end and hammered down the metal to form the flange needed. 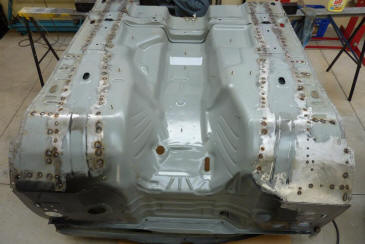 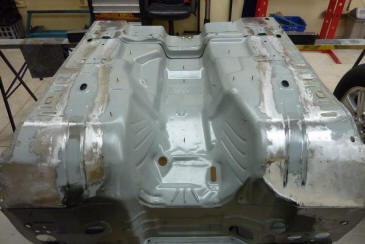 Also welded up all the holes left from removing the frame rails that removed earlier. Placed some copper plate underneath and filled the hole with weld. Turned it over to add to any low spots in the weld before grinding it flat on both sides. 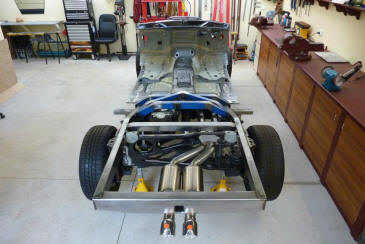 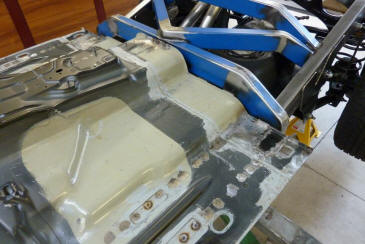 Dropped on the floor on the frame to see how it all fitted. I have about a 32mm/1.25" gap between the end of the floor and the cross member which the bed will sit on. 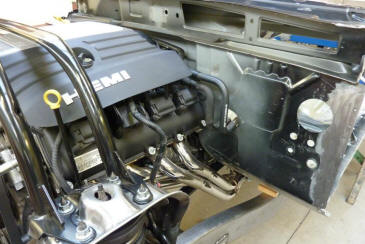 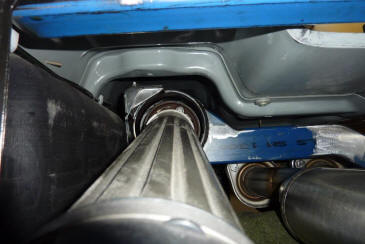 The firewall was set at the same distance as it was in the donor. The firewall lines up with where the original Willys one was as well. Can see everything cleared nicely and the centre body mount lined up as well with the gap for the isolator. 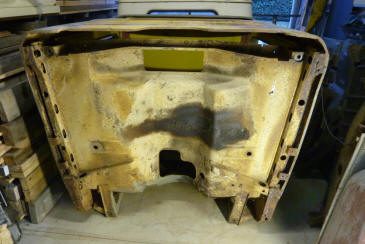 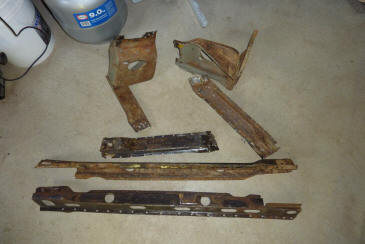 Time to start stripping the Willys cabs. This is the bottom of the 58 and will use the floor braces and body mounts from it first off. 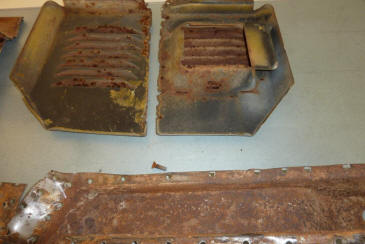 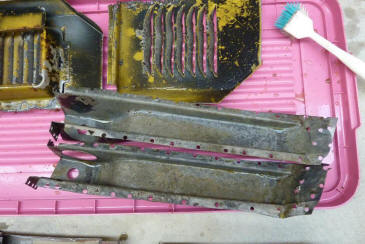 I wanted another way to remove the rust without grinding or sanding so I could have maximum thickness left of the sheet steel. I filled a plastic box with white vinegar to soak the pieces in. Later I also added some citric acid that you find in the supermarket with the baking things like bicarbonate soda etc. One 75 gram container to every 7.5 litres of vinegar. The vinegar on its own was already working but thought the citric acid would speed it up some more. After 5 days soaking, with only a nylon brush scrubbing once a day, has brought it to this. 2 more days and all the rust had gone. 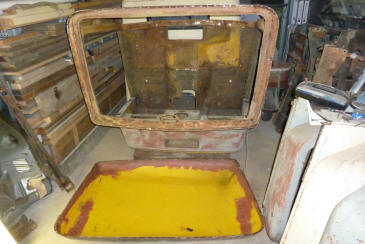 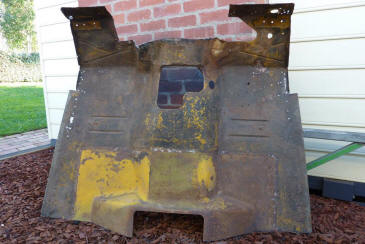 Removed the roof skin by drilling out all the spot welds. 89 on the 58 cab and 206 on the 48! Unpicked the floor and firewall as well as will be using the one from the donor. 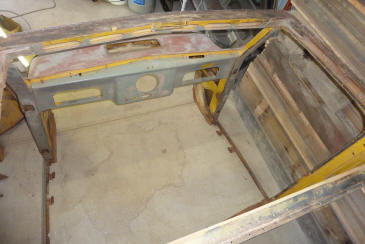 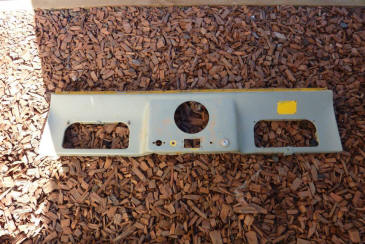 Just a skeleton left now. Also took out the dash so I could get full access to the inner A pillars. 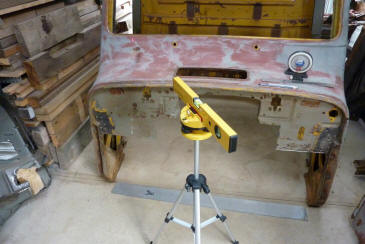 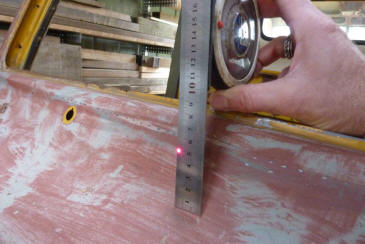 Decided on a 50 mm/ 2" roof chop. The front windscreen is already 2" shorter than the side windows and look out of proportion when chopped as well. So I am going to cut if free and lower it down into the cowl more. Used a laser level to plot the cut lines as it has a changing compound curve right across. Just running some 2" tape across the front would not have lowered it by that amount due to he angle of the cowl and the middle is at a different angle to the sides as well. Just added a pencil mark every inch or so on top of the laser dot. Once the top line was done the bottom one was done the same after marking out the starting point 50 mm lower with he ruler held exactly vertical. 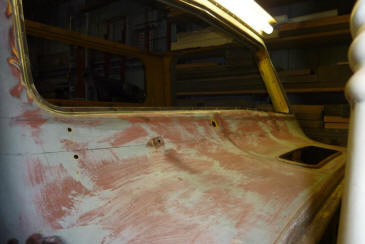 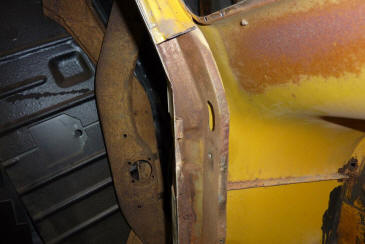 The lines are wider apart in the middle due to the angle change being shallower there. Removed the spot welds holding on the inner cover over the A pillar so I could see the best way to cut through it and also weld it back up again.