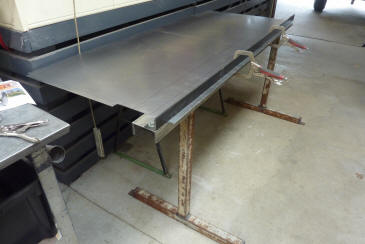 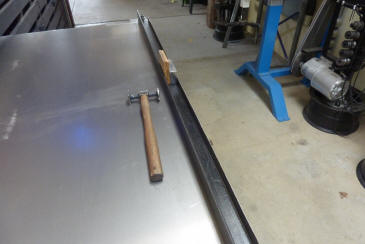 Starting on the sides. I was given some old box tubing by the neighbour so I made a stand for some 100x50mm, 4"x2", channel that I bought. I hope to be able to bend the long folds I need with this. Even though the channel sides are at 90*, you always have some spring back so knocked the last bit over against a dolly. I turned the angle, which was from a bed frame, upside down to hold it in place. I was not happy with the fold as it moved some so have to change something to stop that from happening. More clamps and stronger angle would help. 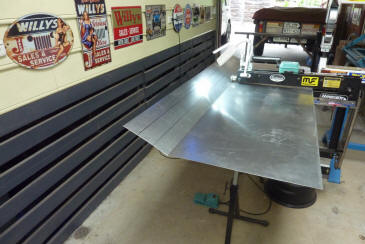 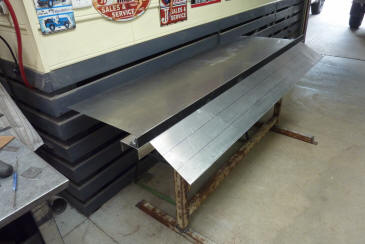 Thought maybe running it through the bead roller with a tipping die might stop the fold moving while hammering it over. Then clamping it back in the folder. Unfortunately I can't get any extra clamps on at all but did place another bed frame angle inside the original and tacked them together. Also added more bracing to the stand so less energy is wasted when hitting over it. 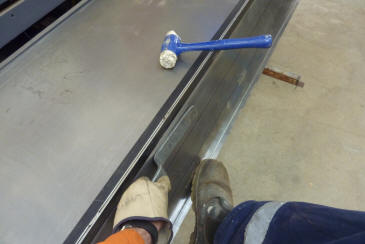 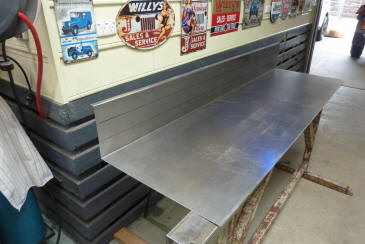 Used my boot as a bit of leverage and then hit against the flipper, that worked much better at stopping it being marked up. That worked out much better so getting close to acceptable for me. This is just a proof of concept piece to see if I can even make these sides. You can see also the two black lines. I calculated out the inside radius length of where I hope to make the rolled edge of the sides. 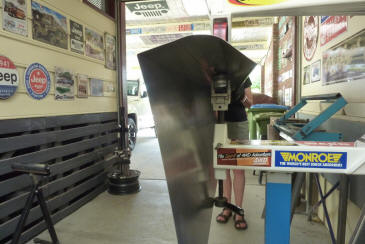 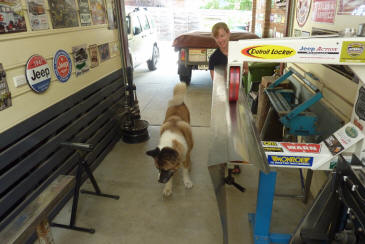 I have seen many people be unsuccessful in rolling their own bedsides and choosing the weld pipe on instead. I went and saw Peter Tommasini to see if he had ever done something like this before. He had only done an open U on a shorter thinner piece by first wheeling it and then with a couple of people slamming it over some solid steel bar. I can't do that in this case but thought the wheeling could really help and be different to other attempts I had seen. I went up through the different profile anvils until the last steepest one wheeling between the lines I had drawn. I am using a soft upper from a heavy caster wheel that I machined some adapters for to suit its bearings. The soft upper stops a compound curve from forming as I only want a straight bending force in one plane only. 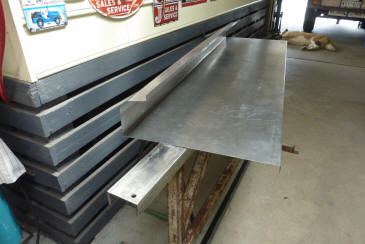 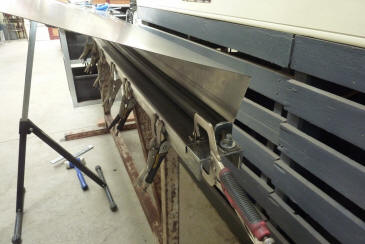 I managed to get 90* of curve done before the sheet was hitting the bottom adjuster of the English Wheel. Shows why a lot use top adjusters instead as might have been able to get a little bit more. Now what I came up with was some pipe I had lying around to act as the forming die. I filled it with tile adhesive to give it more resistance to bending and some mass to hit against if needed. Solid bar would be better but have no idea if this will work so didn't want to spend the money buying it. 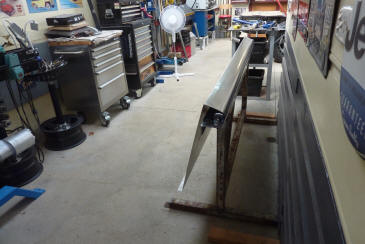 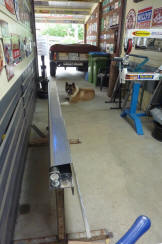 When I made the stands I spaced the legs so it would line up with the bases board supports so I could tuck the angle feet at the ends under it so stopping it from tipping. I just then grabbed the top of the sheet and pulled it over by hand and got to this point doing so. I stood on the bottom flange giving the sheet a 'lumbar roll'! I then standing on the bottom flange still I pressed down while hitting on the top fold with a soft mallet. That did leave small dents so won't do that again. 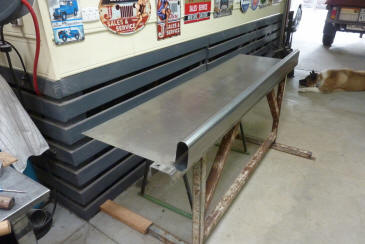 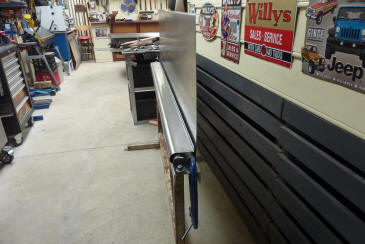 That is as far I am able to pull it over and is pretty close for a first try. The problem I found is when the first fold moved it brought the sheet up short. 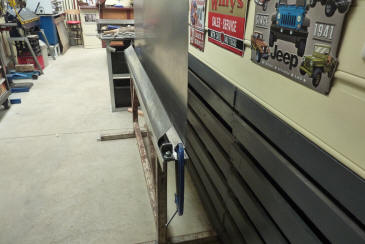 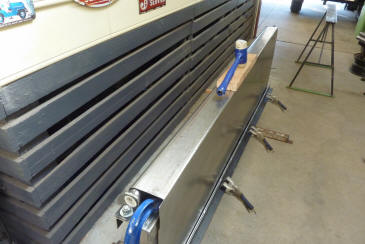 I unrolled it a bit to see if I could force it over some more by moving the sheet across a bit. Then pulled it back over again and this time use a piece of timber to hit the mallet against and that stopped the hammer marks. Also clamped the angle to the bottom flange to help distribute the load and stop bending it with my boot. 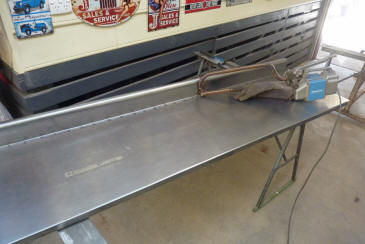 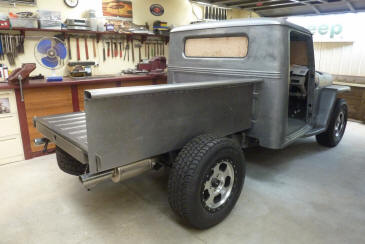 I then spot welded it back to the side which gives greater strength to the whole top. Had to do a quick test fit to check proportions. I have made the top roll 51mm, 2", which is bigger than stock but think the same as when this style is used on Dodge and Chevy pickups. At the moment it looks too slab sided and the roll top heavy. 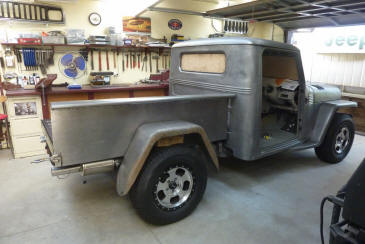 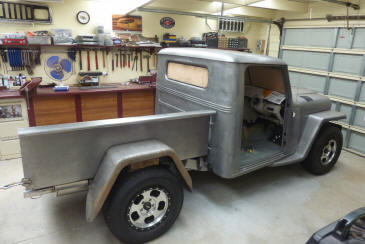 With the stock Willys rear guard in place it looks much better. The roll suddenly looks in proportion to the sides of the guards which is what I was hoping for. By the time the stake pockets are made and fitted front and rear, and maybe in the middle as well like the stock Willys, it will take away the slab sided look even more. Also the skirts which step out from the bottom and go to the bottom level of the cab will improve it.