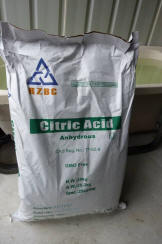 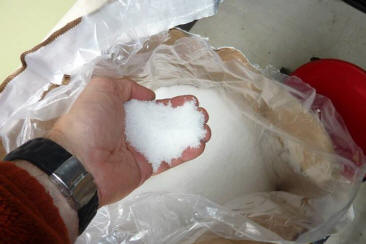 My pvc pipe with vinegar and citric acid was going to cost too much to make in a big quantity. So this time I'm just using a stronger citric acid solution only with water. I picked up a 25 kg/55 lb bag of it from a farm supply place. They use it a lot in wine making to clean out the stainless steel tanks after using caustic soda. Can also get it from pool supply places, or where you might buy ingredients to make bath bombs etc. It just looks like sugar. Can get it in two forms, anhydrous or monohydrate, but either works just as well. 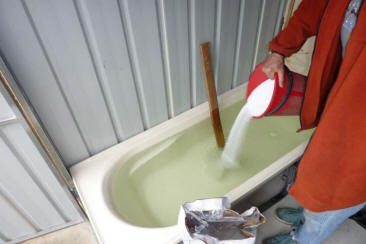 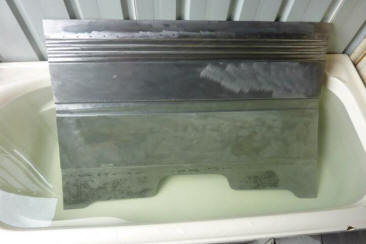 I filled a bath I put in the shed with hot water as it helps dissolve the acid. Counting the buckets, and knowing how much one held, let me calculate how much I had to work out the ratio.  I added a small amount of acid at a time and stirred it until dissolved before adding more. I used half a bag to make up just over a 5% solution. The bath held 225 litres/59 US gallons to which I added 12.5 kg/27.5 lb of citric acid. Stronger will make it work quicker. Seen up to 1 kg of acid to 10 litres of water used and only took 24 hrs to work on most rust. 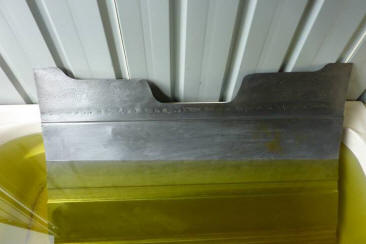 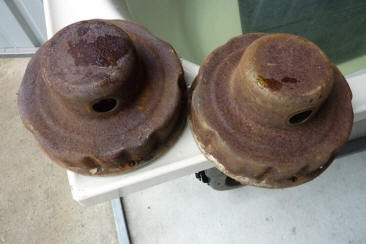 As the bath was not deep enough, I just turned the panel over after 3 days. I did wash the acid off first and treat it so the part sticking out of the solution wouldn't rust while the other half was being done. Just to show how effective this works, I threw in some old headlight buckets in. Nothing was done to them at all before placing in the bath. 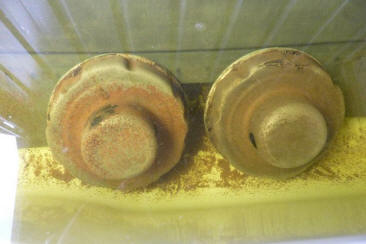 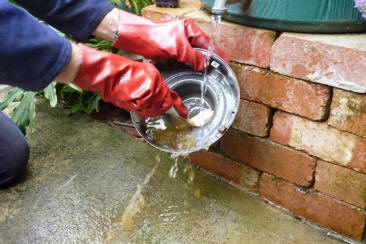 After three days without touching them they looked like this. The rust was just falling off! Pulled them out and scrubbed them with fresh water using a brush and followed up with a stainless steel scourer. 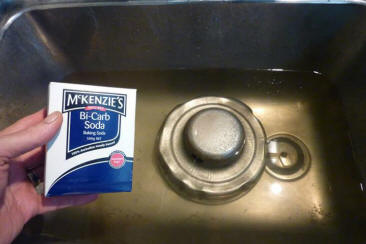 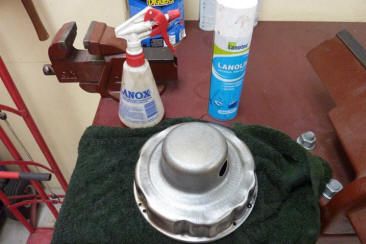 To neutralise the acid it was rinsed in hot water with a few table spoons of bi-carb soda. For large panels I just used a high pressure sprayer and has worked well in removing the acid. Then needs to be dried quickly using a air gun or a propane torch. Need to stop flash rusting so I coated it with lanolin. Priming it straight away can be done too to stop the flash rusting. Also be aware not to use high carbon steels like springs because it can cause hydro embrittlement just like chroming does. Don't put in pot metal parts either as they will dissolve. 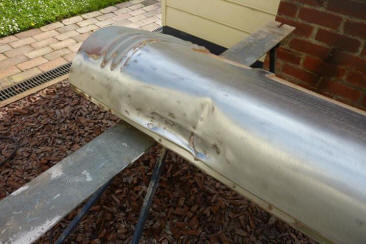 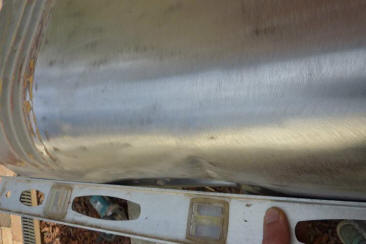 Stripping the paint can reveal some nasty surprises like this dent. Has holes in it where they must have tried to use a dent puller but the B pillar is in the way so was never going to work. Can see the dent is spread out a fair way too. 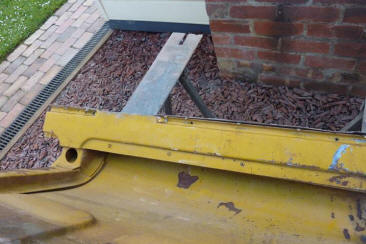 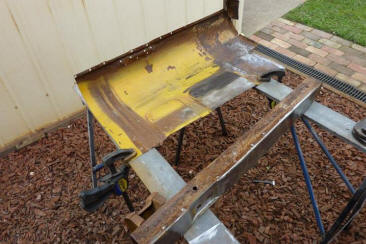 The B pillar is right in the way of getting to the back of it and why they just filled it with filler. I decided the best way to fix it would be to remove the pillar, by drilling out all the spot welds, so I could fix the panel and also the dented pillar itself. 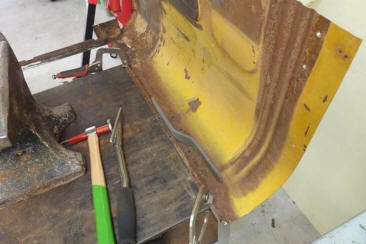 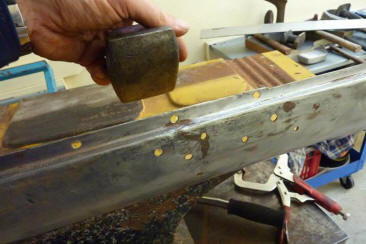 Hammer out most of the dent just using a blocking hammer over the bench. Then used a slapping file to straighten the edge out along the end of the bench. Selected a dolly as close as possible to the original undamaged curve to bring out more of the dent with a hammer and slapping file. 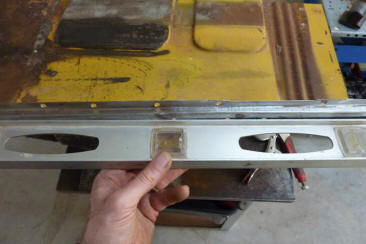 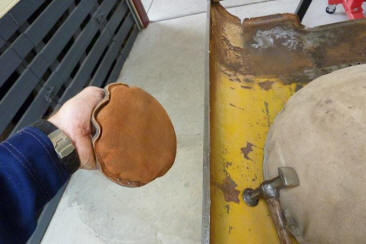 Can see using a straight edge the I am almost there. Actually needs to go slightly more than straight to get it back to how it once was. Used a palm beater bag that I filled with brickies sand and a high domed hammer from the inside to push the dent out further. 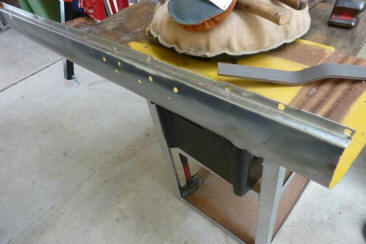 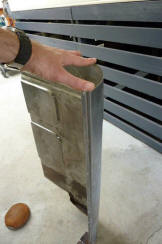 Got it pretty close but decided to weld up the holes next before final plenishing and fixing the edge also. Can see it came out quite well.