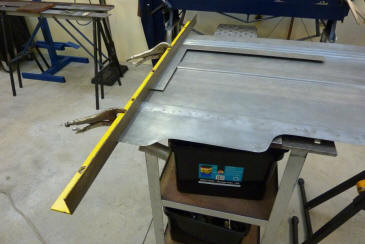 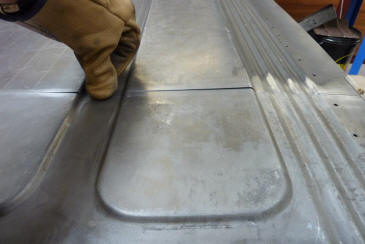 Before joining the panel sections together I spent some time filing the joints until there were no gaps as much as possible. This allows much better and easier fusion welding. I used a faced piece of angle iron from my folder clamped to the bench to check the edge for straightness, as well as keeping it perfectly square. Came across a problem on both sides that the 58 ends were not as deeply pressed as the original 48 centre part of the wall. So what I did was tack together the wider raised sections first perfectly flush and then stretched down the narrow sections to fit. 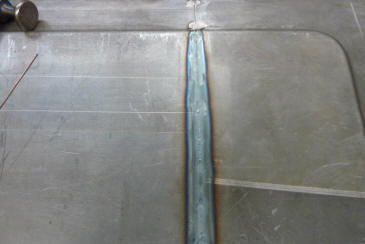 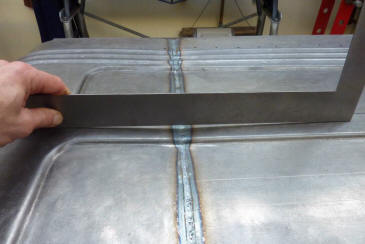 Started welding up the centre part of the wall. Was tacked flat but the heat shrinkage pulled it down. 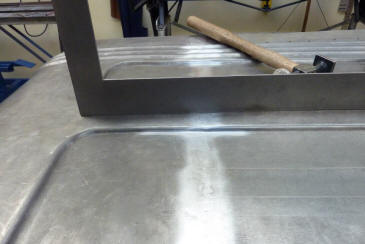 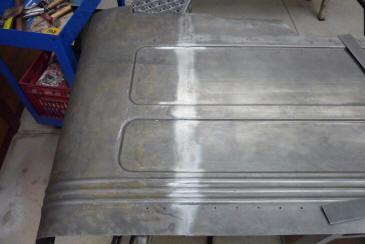 The weld area only brought it back flat. Came up really well and all lined up too. 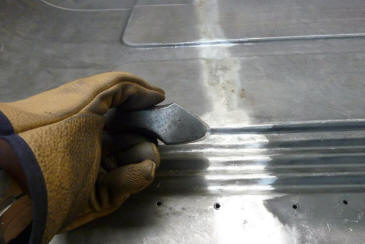 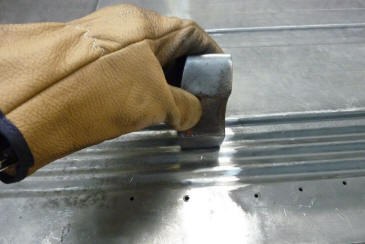 The ribs needed some work to blend between the two different years. Using a similar shaped dolly, it was hammered with a soft mallet over a beater bag. 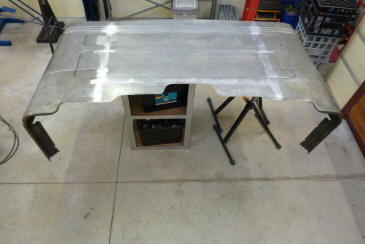 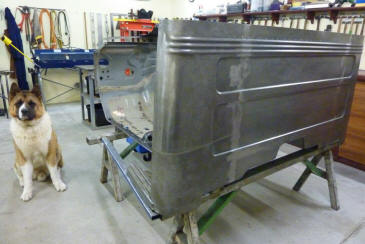 So the first big section of 48 and 58 panels are together. Trial fitted quite well to the donor floor as well. 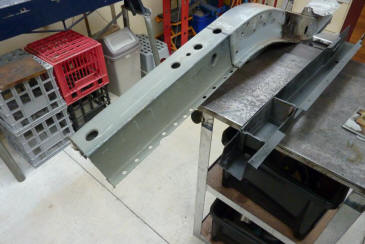 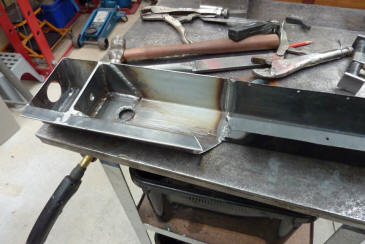 On the right is the bottom of the B pillar which supports the back wall and the rear of the door opening. I'm going to replace the bottom section of it using part of the frame rail from the donor Grand Cherokee.  This is tough stuff to move as is high tensile and has a 50% greater yield strength than mild steel. I have strengthened the lower pillar so it can be used for a couple of things as it is the strongest area at the rear of the cab. The gusseted part will become the rear corner body mount. The thick plate is at floor level and the mount will be in the pocket under it. 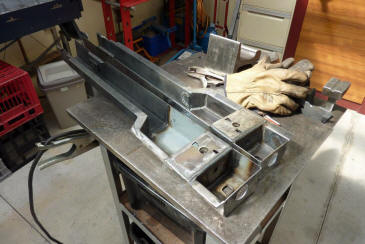 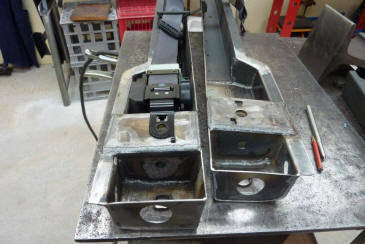 The difference in the width was blended in. The extra plates with the thread insert were cut from the donor B pillar as are the lower seat belt mounts. I am recessing the seat belt inertia reals into the B pillar just like it was in the donor Jeep. Makes for a more tidy installation and gives more room next to the front seats. 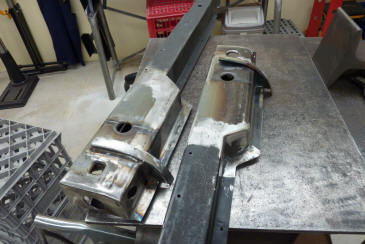 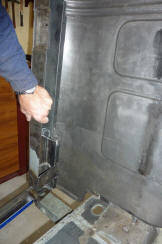 As it is very close between the B pillar and the corner of the wall. I have added a bit of the floor now with a flange that will get coated in seam sealer, to stop any water coming up from underneath, after the whole back of the pillar is coated in zinc. No way to get to it later once installed. Next picture gives you an idea of how tight it is around the lower pillar. The frame rail will pass along the edge of the donor floor and an outrigger will go there and in under the plate inside the B pillar with a rubber mount to give isolation from road vibration. 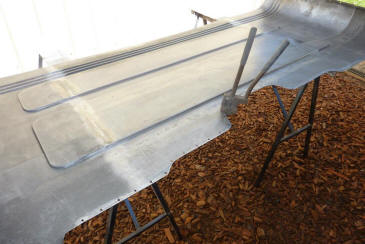 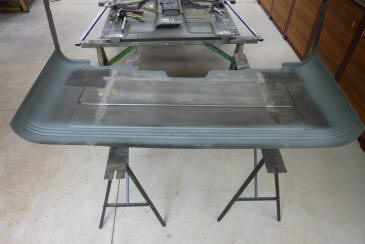 Time to make the first big connection between a 1948 panel and the 2008 Jeep Grand Cherokee floor/firewall. The bottom edge was shaped to follow exactly the form of the rear of the floor. Then a flange punch was used to make 5mm-3/16 holes ready for plug welding it to the upturned flange of the floor. All areas that were going to be covered with pillars and braces etc were painted in zinc. 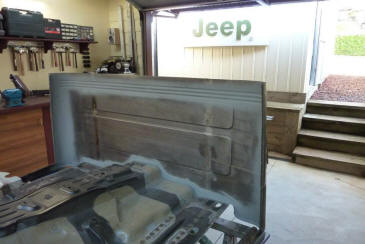 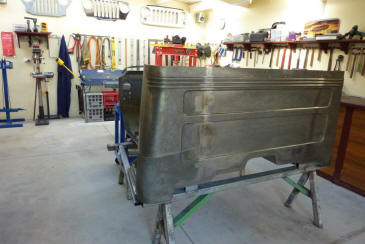 Plug weld tests with a mig were done to find the best settings for the flattest weld with good penetration. The plug welds were ground flush and sanded smooth along the bottom of the wall.