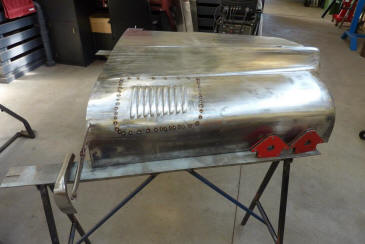 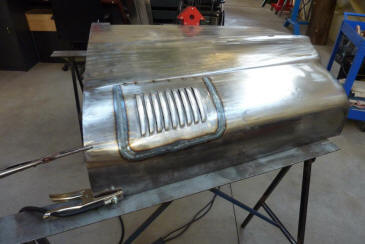 Tacked in place. I grind down the tacks before welding right over the top of them again with the tig. I weld without stopping as far as I can go. Did have a problem along the bottom where I lost sight of the join as it was so tight! So had to double up in the area. 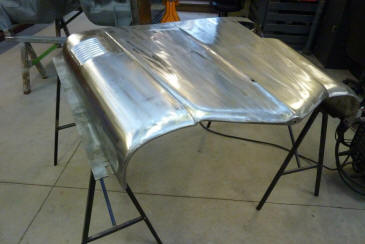 Hammer on dolly right along the weld area until it was perfectly straight with a metal ruler against it. This was the same vent that was badly damaged if you remember and that I repaired. 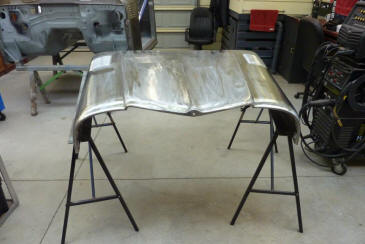 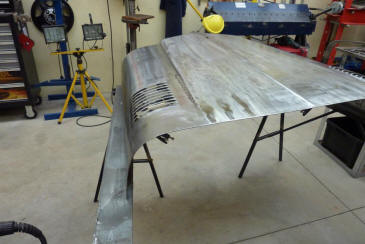 Second set of louvers in. :) 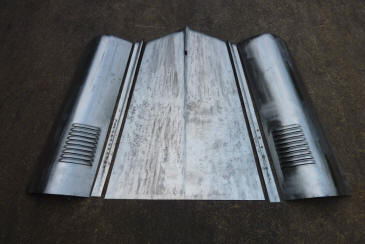 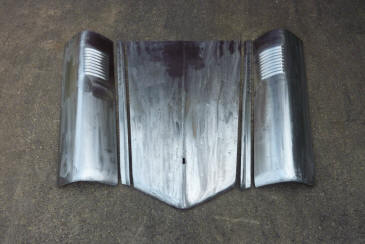 Just get it all nice and straight and then do this! Cut the step up part out that separates the higher grille slot area from the sides over the headlights. 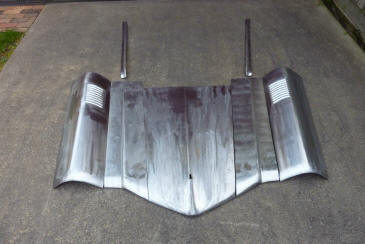 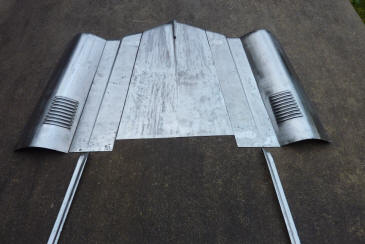 Here you can see the two parts cut from the other bonnet inserted. These have been left much wider than I need as want some extra to make sure the hinges don't end up right in the middle of a weld seam. Also allows me to adjust the centre section width exactly after the extra grille slots have been added. New wider side pieces where the headlights are will be made for the grille later too. An extra panel will have to be made up at the bottom of the centre section. Will have the same flattened fold at the end to give some stiffness. All this will go into the citric acid bath to get rid of any rust left. 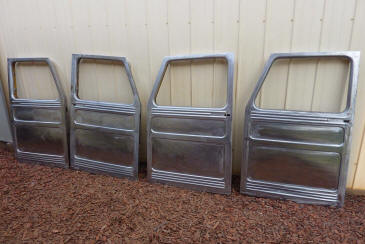 Been stripping the doors of hardware and paint. This is probably the worse door as far as rust goes. Bottom step is completely gone and will have to be replaced. Will have to be a 'Z' shaped piece that needs to be straight one way but curved the other which makes it harder to reproduce. 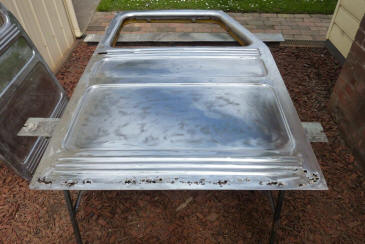 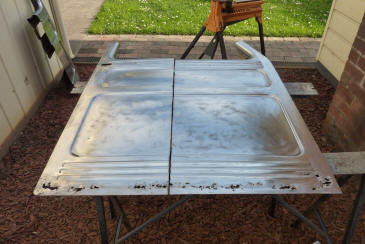 The other side of it is no better and every door will need some of the skin replaced. Spent some time working out which door had the better front section verses which had the better rear section. 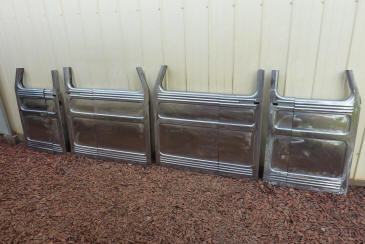 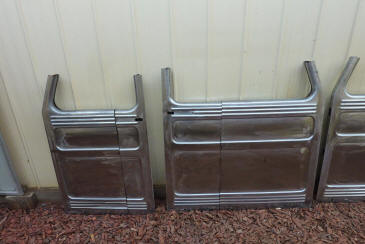 Now I still have 4 doors but two have grown by 7" and two have shrunk by that much! Maybe the little ones might be good for someone doing a dual cab version. They are just sitting there and have not been tacked. This gives you an idea of how I am making the doors 7" longer to suit the cab extension. If you compare the two back pieces you can see the extra length in front of where the door handle sits. 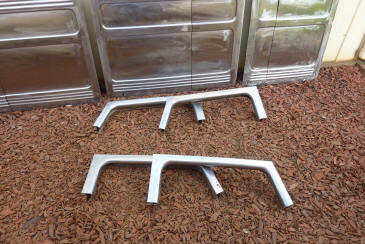 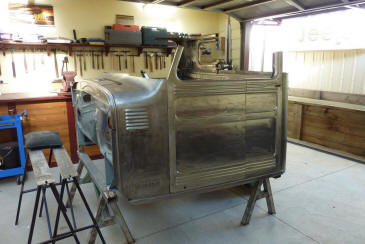 I will mix and match the door tops to get the best pieces to make the longer window frames. Not only has to be 7" longer, but extra length needed due to the 2" chop. I will only need one weld seam doing it this way just like the doors. Just balanced the pieces there to get a shot of what it will look like. I have cut it over size by one door gap so I can trim away the extra to get a perfect fit up for tig welding. Least there will only be the one seam. 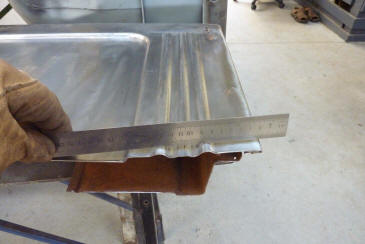 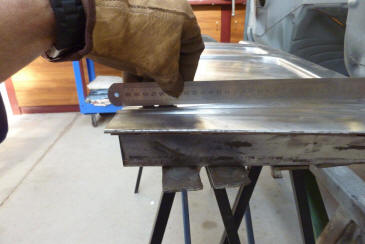 Bit hard to see but the centre rib has been crushed at one point and will need to be fixed. Also shows the door has been sucked in as well as should be parallel with the rest of the skin. Should not be a gap under the front of the ruler but is due to the flattened rib in the middle.