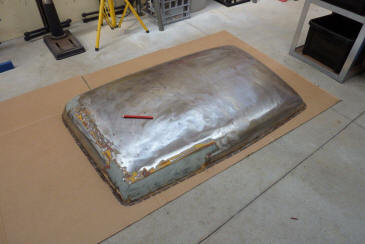 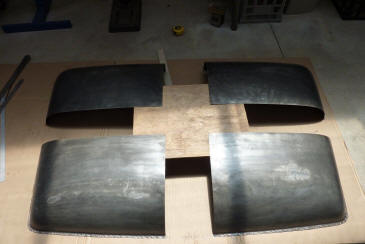 Was invited to attend a Metalmeet so thought it would be a good chance to wheel up a new roof skin as takes two people to do it as the panel will be large. Started by marking out the original size of the roof panel using a spare one from the 58. Then laid out the one I had cut up earlier to be 9" wider and 7" longer than stock to suit the new bigger cab. The rear is wider still due to the shape of the roof. 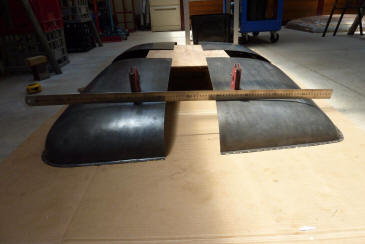 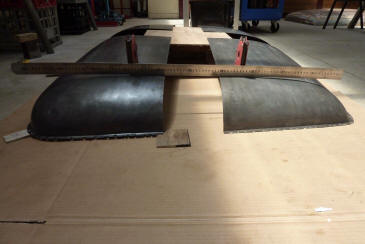 Because the cut was made in the middle, and not at the highest point, you can see how it wont flow and will end up with a big flat spot if a panel was just fitted in between. I knew this beforehand but I'm pancaking the roof anyway so it doesn't matter. The four even sections makes this laying out easier. Raising the rear panel 6mm-1/4" evenly brings it all back into line. 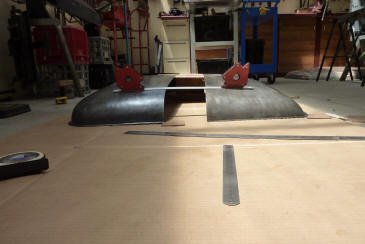 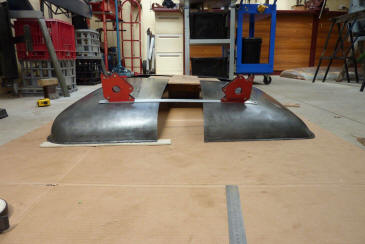 I looked at raising both the front and rear panels edges 3mm-1/8" as well, but it makes the highest point move forward. So decided just the rear panel lift looked the best. 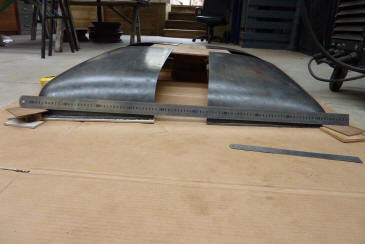 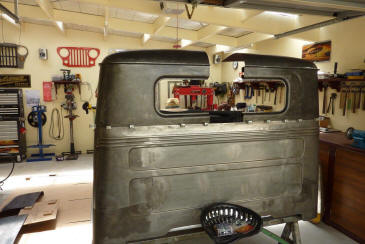 Now for the pancaking, or sectioning of the roof. I have always thought the stock profile was too high so had this modification planned right for the start. I also want to reduce the amount of wedge shape the side profile has. To this end the front will come down 25mm-1", the rear 38mm-1.5". The packers are 1/2" shorter than that as a new 1/2" flange still has to be bent along the bottom edge. Right photo shows what it looks like before the flange has been turned. I'm not entirely happy with the amount of crown at the back still though, but am on the front panels. 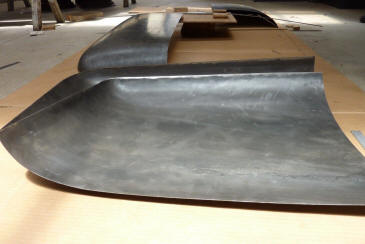 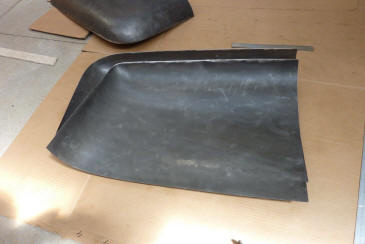 Putting a front panel inside a rear one shows that there is 13mm-1/2" more crown in the back panel compared to the front. It is an inch taller in the corner but 38mm-1" in the middle. So left the 25mm-1" rake front to rear but have now made it so it has the same crown left to right. 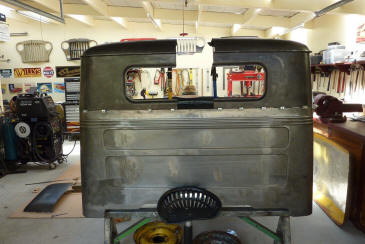 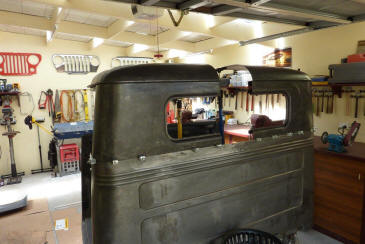 Happy with the profile now. Flange still needs to be turned so overall will drop another 13mm-1/2" yet. 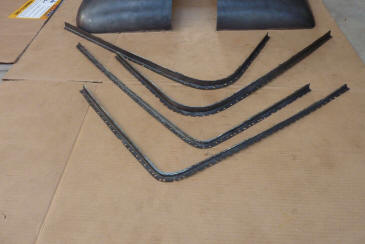 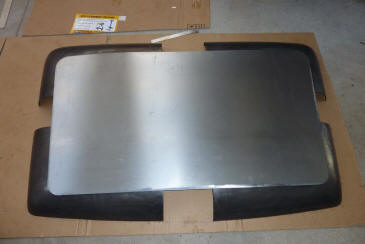 Was a good way to get rid of all those spot weld holes too and some rust pitting as well. So rather than put a huge cross right across in both directions, I will be making a whole new centre panel instead with 4 smaller infill panels. This will stop a massive amount of weld shrink concentrating right in the middle of the roof which is the last place you want it. It would suck the whole centre downwards and be much harder to planish it all back up again at full arms reach. 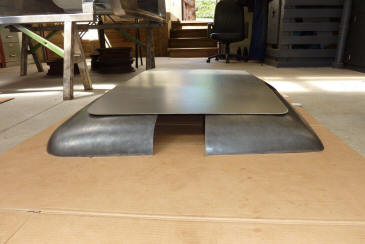 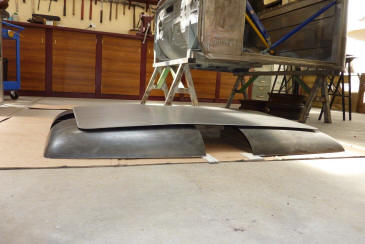 Next thing will be wheeling a nice smooth matching crown into the filler piece. Can see the crown that needs to be wheeled in across the front too. Be nice if I can get helped by someone with more experience than me on bigger panels as I have only done small ones so far. 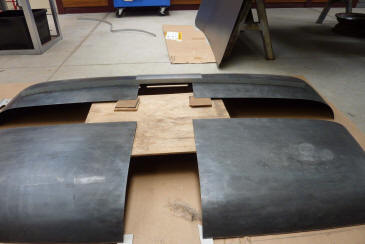 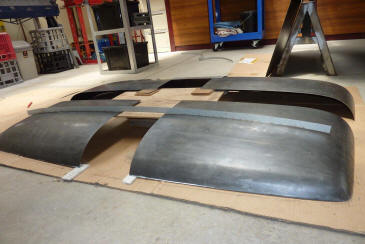 Thought I would make up some profile templates to help as a guide when wheeling the roof panel. Just used a shrinker to bend it to the curve I wanted. Did half then traced that so I could make the other half the same. With reducing the profile at the back earlier, you can see it is pretty similar using the same gauge at the front. 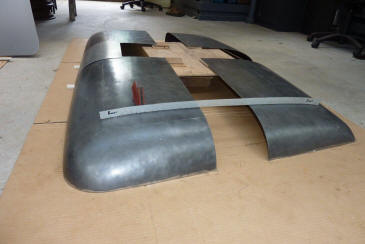 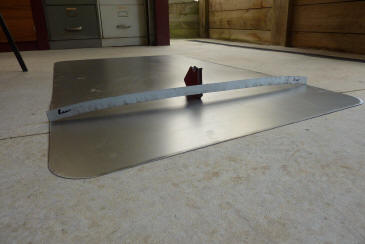 Need a front to rear one as well. Now you can see how much shape it actually needs.