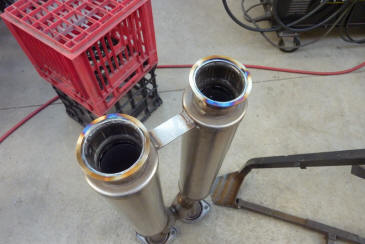 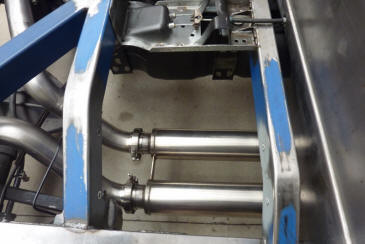 I also changed the resonator slip over couplings to V-band ones. I tig welded them on the inside only. I did this to make it easier to drop the resonators out when changing the battery from below. 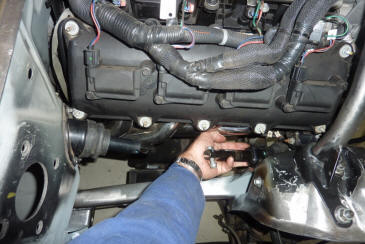 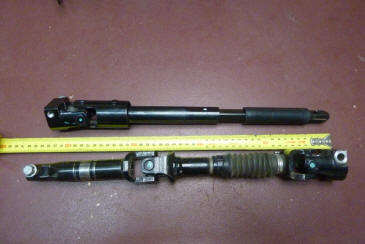 Working on connecting the steering shaft to the rack. As I moved the axle forward 175mm, (7"), I need a longer shaft. The hypotenuse length would have changed by 160mm, (5.25"), so that is how much longer the shaft needs to be. The top shaft is what comes through the firewall and is collapsible by shearing a nylon pin in the event of an accident. The bottom connects to that to go to the rack and has a sliding section to take up any normal flex. 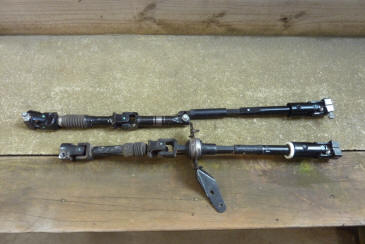 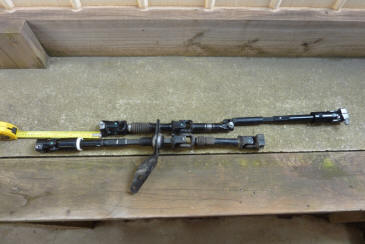 In Australia we are not allowed the cut and weld steering shafts without the added expense of the weld being x-rayed and certified by an engineer. So I went to the wrecking yard to pick up another Jeep shaft from a KJ Cherokee of the same year hoping I could use parts from that. It is the shorter, lower one of the two. I figured that I could flip the Cherokee one and use the upper section for a new lower one as it was longer than the Grand Cherokee lower one. Was about 50mm, (2"), longer than I needed but have a plan for that. 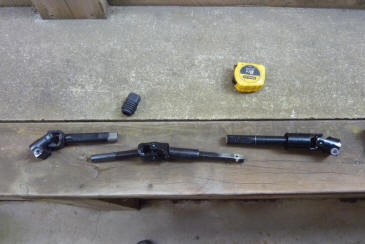 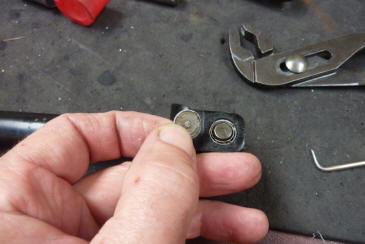 I drilled out the nylon pin from the upper section, on the right, and pulled apart the sliding section to use the rubber boot from the lower part. What I am doing is turning the upper section into a sliding section and the extra length I don't need simply rides up further inside. Now, to join my new piece to the Grand Cherokee upper, I had to remove the uni which is staked into place. I thought it would just push past the stakes but it popped the top of the uni cap right off instead! Fortunately this was not the uni I was going to use as I was just trailing my procedure. 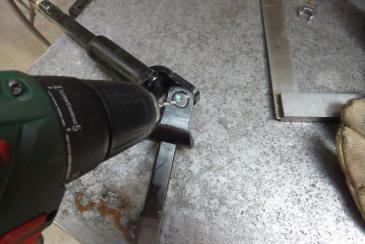 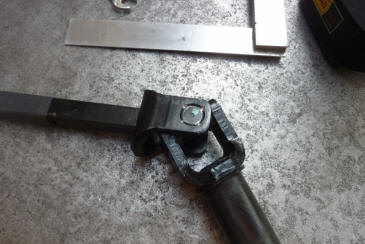 So I drilled the stakes being careful not to drill into the caps or take too much from the shaft ears. The last little bit after this I used a small cold chisel to chip away the remainder. You only need to do one side. 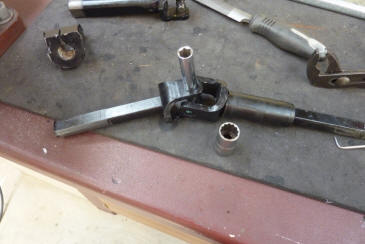 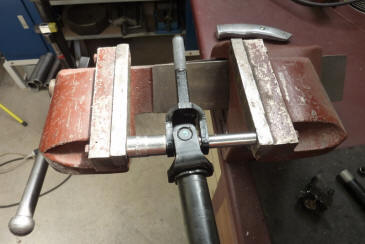 Soaked some WD40 on the caps and picked a socket just smaller than the cap for the staked side and another just bigger to press the other side into. Carefully pressed the uni cross across as far as it will go to the other side. Tapped the ears to help it move any time the pressure increased. Then removed the cap so I could remove the uni itself. 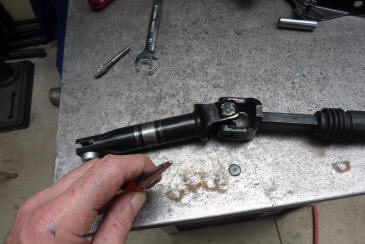 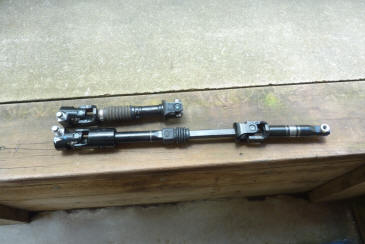 Once out the reverse was done to install the other shaft to it just like changing a driveshaft uni. I re-staked it by squaring off a nail punch and then hitting it in different spots than before. I supported the opposite side cap to make sure it didn't try to punch out the other side. So the old KJ Cherokee upper is the new sliding lower of the WH Grand Cherokee. It was well greased with marine grease and then the boot was fitted to keep out water. It slides as freely at the original lower section without any sidewards play. 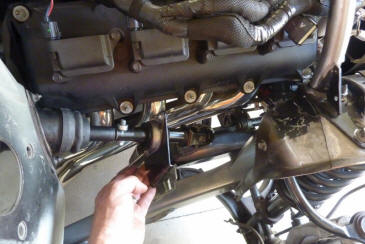 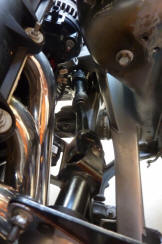 Slipped on the bearing support in the same place as when on the donor. Will mount it off the inner guard once I make them. There is plenty of clearance with a minimum of 40mm, (1.5"), all round. 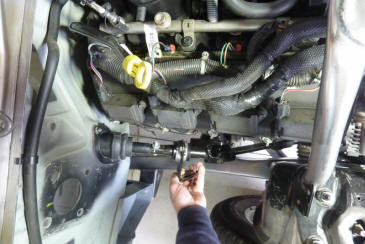 The running angles are actually less than stock as the shaft is now longer than before. To finish off the steering shaft I needed the column in place. Think this is the first time it has been fitted! To bolt it in I needed to refit the donor dash support frame which meant the A/C had to go in first and the brake pedal box to save pulling things to fit them later on. 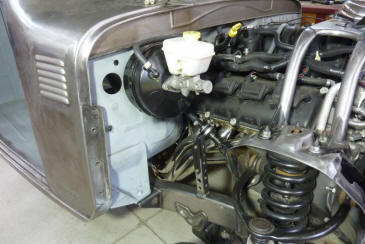 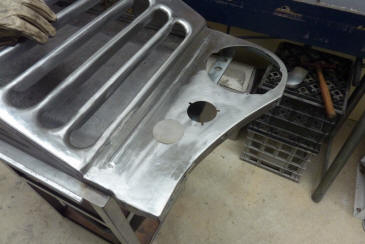 Fitted the booster for the first time too and all just bolted in perfectly. As the column is not only tilt but reach adjustable, I had to take both into account before fitting the bearing support. The steering shaft actually slides back and forth through it when you adjust for reach and pivots when adjusting for tilt. I just made a simple bracket off the frame for a stronger support and to make it easier to remove the guard when necessary. Back to the grille again. I have the turn signals chosen so had to fill in the stock holes as the new ones are a flush mount.