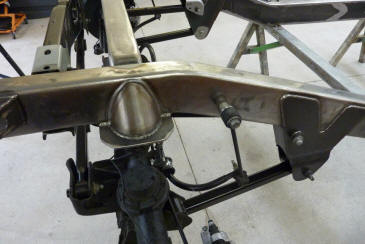 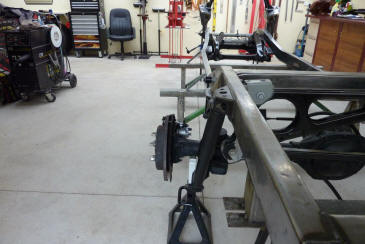 Coil support was welded in at the same time as the cross member so the heat could be balance on both sides of the frame to keep it straight. Fitted the shock absorbers and the bolts slid straight in. The 8 degrees the mounts were made at worked as calculated, thank goodness. 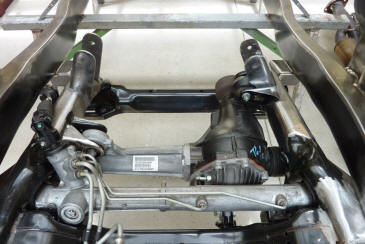 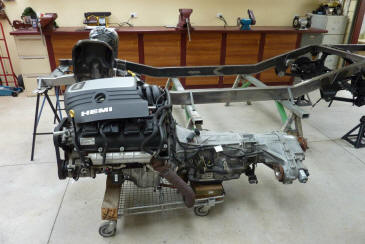 The steering rack and front diff were fitted back into their original mounts. These are un-changed and used the original bolts etc like the rest of the suspension etc as well. Next was fitting the engine, auto and transfercase. 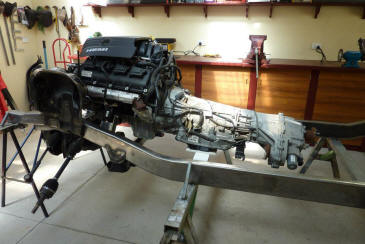 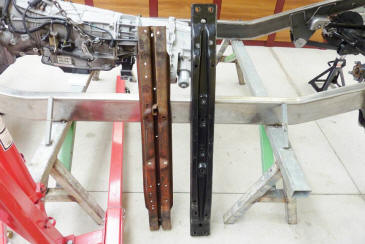 Dropped into the new mounts and the next was to fit the transmission cross member. The 1948 next to the the donor 2008 ones. Not that much different! 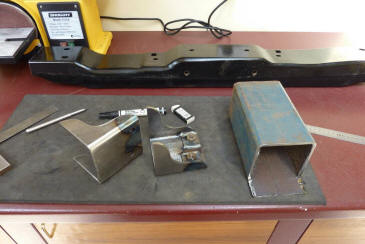 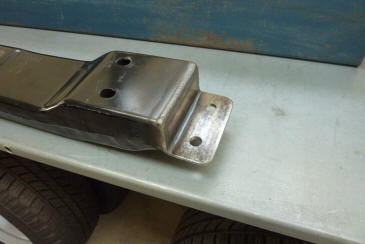 Frame brackets were made up to line up with the original mounting holes in the donor cross member. It had to be cut short due to the frame rails being 2" deeper than the rails under the donor. Some angle iron was welded to the cut end to cap it off and also holes drilled so that all 4 bolts at each end could still be used. The end two pick up the mounts welded inside the frame rail before it was boxed. 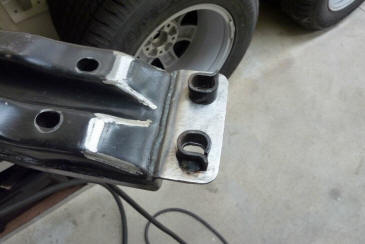 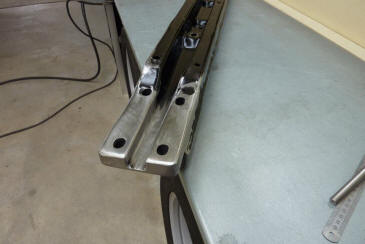 The underside of the cross member had the original crush tubes fitted before some channel was welded over them. The extra thickness adds strength but also means the original fixing bolts can still be used. 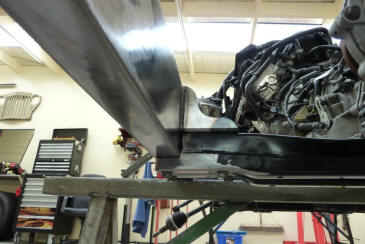 The frame brackets that support the inner set of bolts was welded in. A set of sash clamps were tightened up from side of the chassis to the other to stop the frame bowing outwards with the welding heat. Can see how the outer set of bolts pick up the threaded inserts inside the frame rail too. 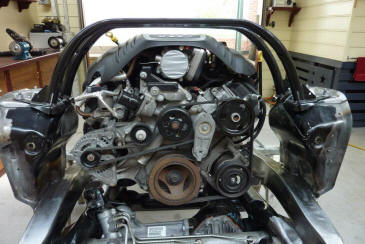 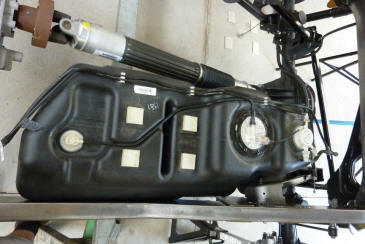 The coil mount braces were checked for clearance over the engine. Also decided to run the original tank in the stock location. Was glad I had added the threaded inserts for it inside the frame rail just in case I went this way. 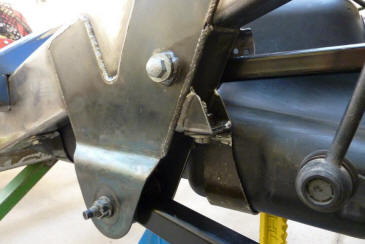 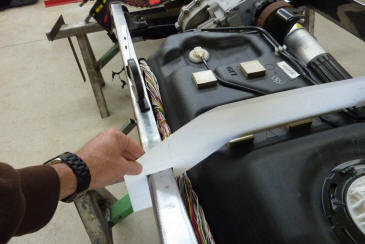 The original tank straps were used to hold the tank in place. Could now make the cross members for the centre of the frame. The wiring harness was laid in place to make sure there was enough room to run it later on. The cross member was also made to go over the outside of the frame to increase the weld area as not enough room to do so on the inside the the frame rail. The current model Dodge Pickups do the same from the factory. 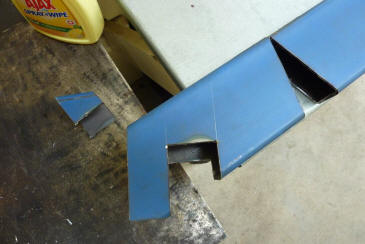 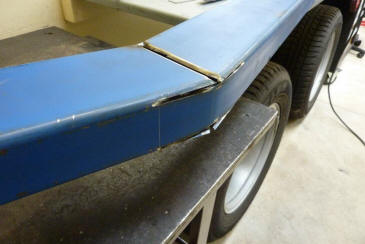 Can see how the notch for over the frame rail compensates for the angle the rail is at. I also cut some slots in the top of the bend so it curves when you bend it. All the cuts have been mitred so full penetration will be achieved. 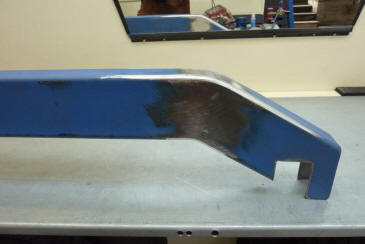 End result gives a much more pleasing look to the bend and gives it a factory appearance. This cross member goes over the pads on the tank as the floor wont come back this far. The cross member was made from 100x50x3 mm ( 4"x2"x1/8") RHS and was the same as the C section of the original cross member that was here before.