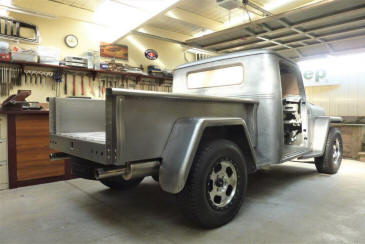 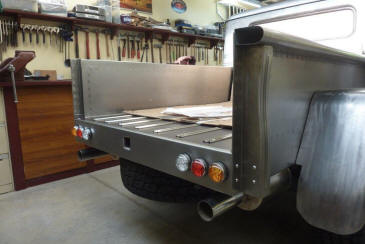 Doesn't look to bad without the rear skirts on actually! Fitted the lights up and are fully wired in with weather pack connectors. When I made the bed sides I made them 5mm-3/16" longer than the floor. This was to give enough room behind the valance to run both the wiring and put the flare in for the hitch hole. 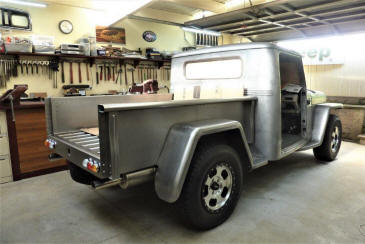 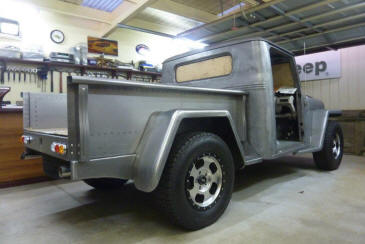 Another piece of the puzzle done. :) Side skirts next and a roll pan under the valance to tie it all in together. After many cardboard mock ups, came up with a shape for the rear skirts. Curve matches that of the one in the stake pockets and step support. 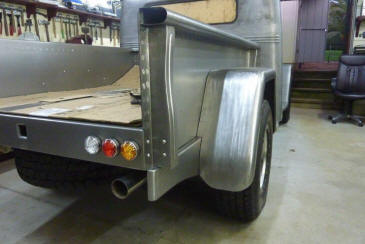 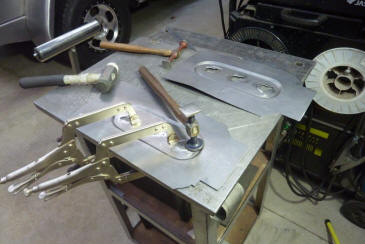 The stock one ended before the stake pocket, but have extended it to just short of the valance. Also added a rounded end the same radius as the outer edge of the guards. The roll pan will go from here to the other side. The taillights looked a bit stuck on the valance, and when others noticed that too, I decided to do something about it. I am stretching the inside of the step I did with the bead roller for the lights to sit in. I did not pre-stretch to start with as on something like this I find it easier to do afterwards. 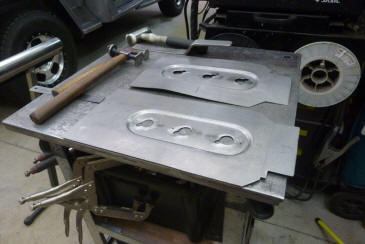 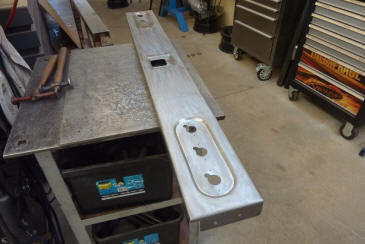 I also flipped it over and stretched around the outside edge of the step as well to get back material drawn in by making the step. Can see the difference on the one not done behind. I had to make the whole panel from scratch as had to make the flanges slightly deeper so I would have enough room left for the wiring to go between the back of the lights and the cross member. 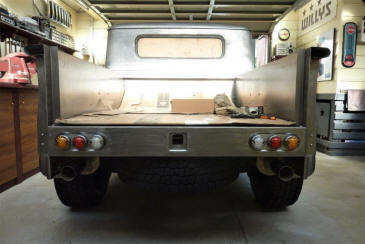 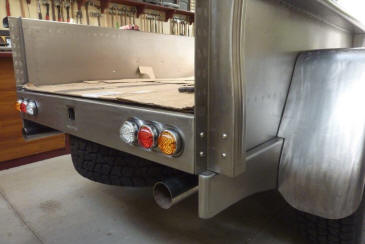 Looks a bit more integrated now. Only a small thing, but they do add up. I will make a hitch cover with a Willys badge or something on it to cover the hole. To 'hide' that the valance sticks out a bit more, I increased the radius of the fold on the ends. Same radius as used on top edge of the skirts. 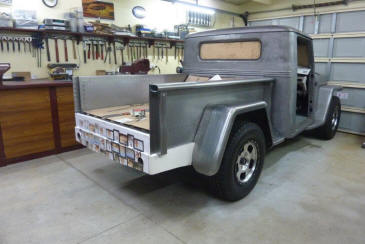 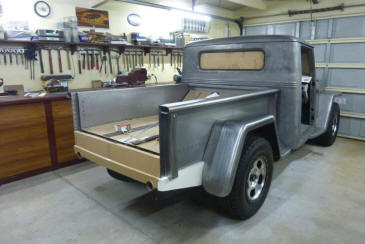 Just showing some of the CAD, Cardboard Aided Design, I went through to come up with a shape for the rear bed panels. I thought this was too boxy and low. This was too much the other way and the spare shows more than I like. 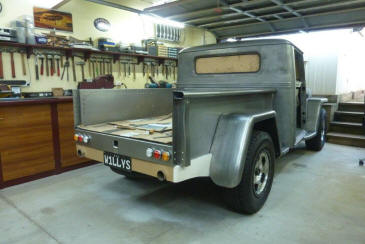 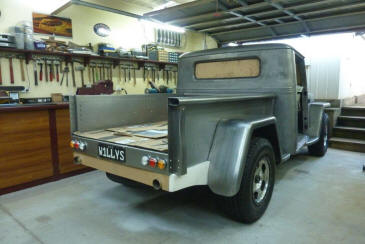 This was the depth I liked for the skirts but the licence plate hanging off the end looked like an after thought. The plate held in by the hitch pin was my original plan, but looks too crowded with everything in a row. 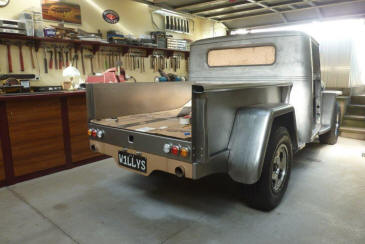 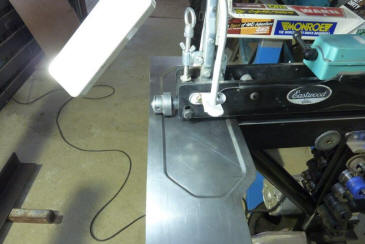 Just dropping the centre down hid more of the spare tyre, but had a bit of a soiled nappy/diaper look to it. So decided on the lowest drop in the centre while still doing a step around the plate and lights. This step is 5mm-3/16", the same as around the taillights and the factory put in the doors and back of the cab. 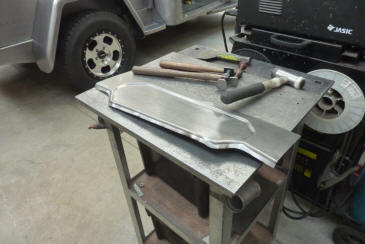 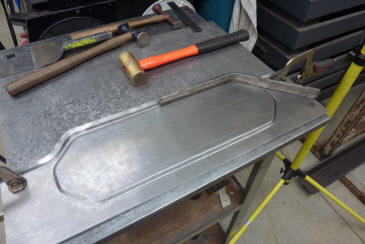 I tipped the flange in the bead roller using the metal bottom V groove die, but have never liked how it leaves a crease, so rarely use it. Can see I have a lot of flattening out to do yet even though I stretched the inside corners and shrunk the outside corners before tipping. I bent up a piece of flat bar the same width as the space between the step and the flange. It is upside down here and been hammered into the back of the outside corners. This flattens it and the stretching there means I will have less shrinking to do on the edge of the flange. 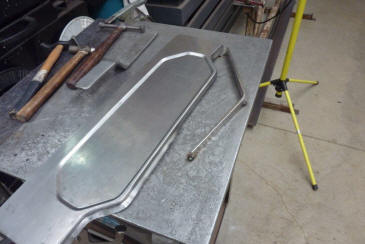 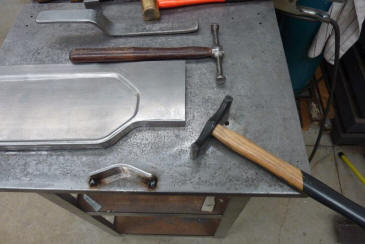 Tacked the bar to the table so I could slowly work the flange over it. Can see one end is most of the way there. There was still two small tuck shrinks being slowly worked down the flange. Cut the bar short so I could do the inside corner. The edge of the flange there needed to be stretched for it to sit down flat. Used the rounded ends of the bottom hammer for that area and the top hammer was used for the rest of the flange.