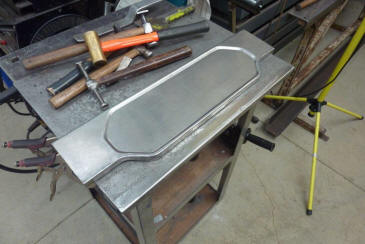 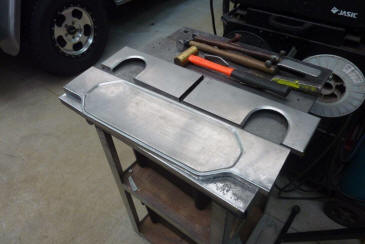 Got it sitting nice a flat now so can move onto the next step. I made the rest of the roll pan from pieces from the valance I first made. The radius around the exhaust outlets were also done with the same step roller dies and then the centre cut out. Keeps it all nice and uniform. 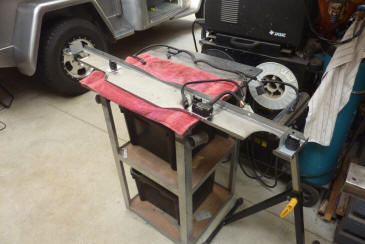 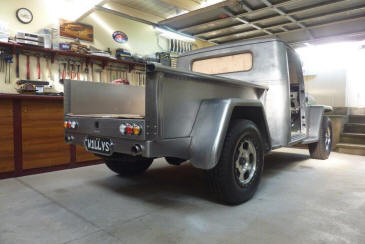 Once welded together I made new mounts for the parking sensors, outside ones with built in heat shielding. They will end up flush on the outside. Also a bracket for the factory Mopar trailer plug from the donor. It is easily accessible but not seen once in place. Thought this was the best compromise with covering enough of the spare tyre and spreading out everything for some balance. It is all wired and working which means the last of the chassis wiring is completed. 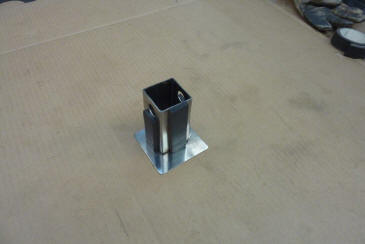 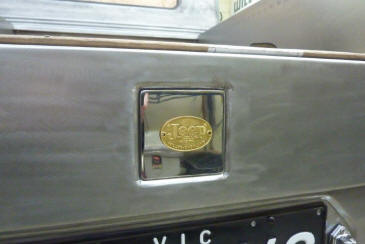 Made a hitch cover from the stainless sheet that I cut strips from and tig welded together. I made it smaller so I could add rubber strips to stop it rattling once in place. I first tried one of the body tags that I had that were on some of the early models like mine. Looks alright but the brass didn't fit in with anything else. 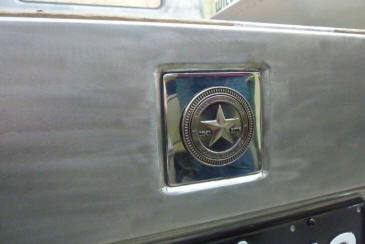 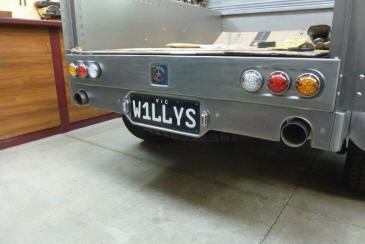 Think is a bit more low key and celebrates the 75 years of Jeep from 1941-2016. Goes with the theme of the old and new Jeep heritage that makes up my project. Stands out less which I like and may even paint the stainless body colour when the time comes to tone it down some more. 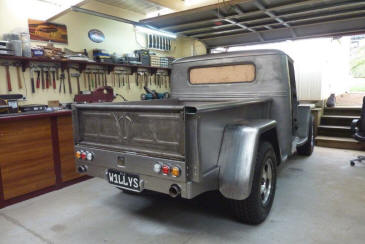 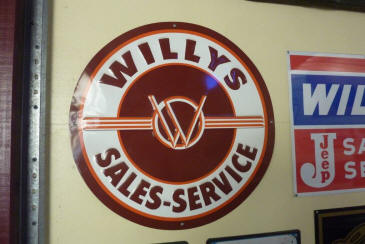 Have the original 1948 Willys Truck tailgate mocked into position. With all the details in the lower panels its looking a bit busy and doesn't match the custom bed sides at all. I want to change the top roll to one that matches the sides and have a different profile to the bottom one. I would like just the WO logo that is on the tailgate and add the three beads each side like my sign shown to match the back of the cab and on the doors. 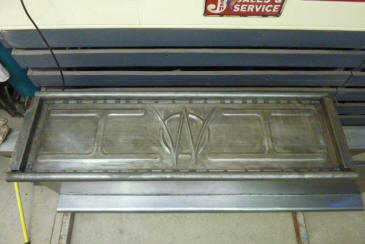 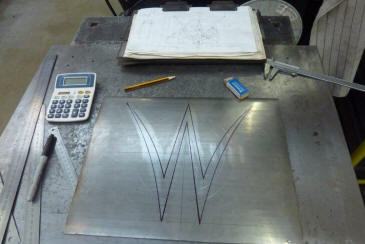 I have decided to make a new tailgate from scratch. Better to sell this now rare tailgate to a restorer for their build. It is easy enough to just bead roll or emboss the logo as others have done if the letter width is kept the same as well as the height. But I want to have a go at following the factory style for the W which is the hardest part of this logo. Having the original there next to me has made making this layout easier. I am also reducing the overall size and width of the letters by 10% to suit my tailgate. 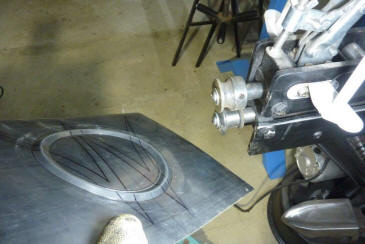 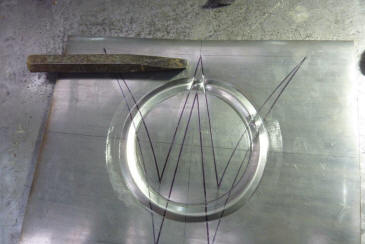 The letters are not a round bead but a V shape. I achieved that by using my tipping die on the bottom rather than the round matching profile. It gave exactly what I was after. I started with the O first as the W ends up in the foreground if done after. Rather than stopping and starting, I thought it would be easier to get continuity if I ran around several times without stopping until I got the height needed. I shaped an old cold chisel to match the shape I wanted for the ends of the bends where the W passes through the O. 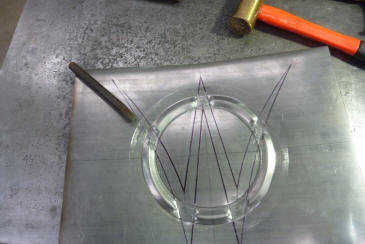 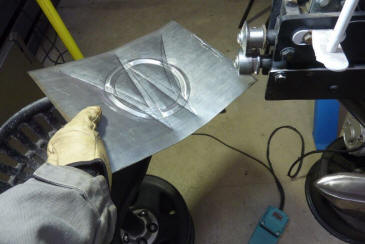 Used another flat faced punch to knock down the space in between the beads. Now as the W changes in width, I cannot use the same setup as the O. So I am following the outline of the W while pulling up with the sheet to create the fold. This is slow work that has to be accurate every single pass. 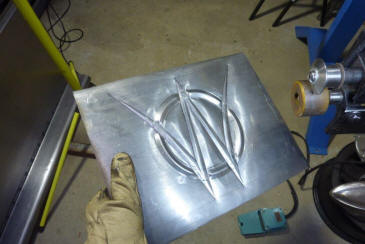 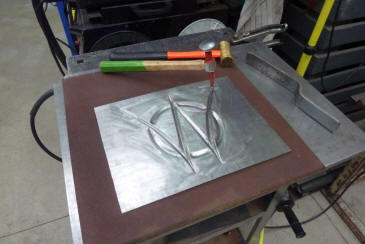 I then flipped over the sheet and pressed the tipping die into one of my old road racing roller skate wheels. It has a soft durometer to allow the metal to push into the middle of the letter. The process was repeated back and forth a dozen times. When I saw no more change in height of the W on the bead roller, I switched to stretching the metal by hand to get it up to the factory height. Just using the wedged end of a hammer as a chaser by moving it along the letter while hitting it with the brass mallet. I raided the recycled rubber paver from the cat run which worked great for this! Stretching the areas between the letters to flatten everything out was done directly on the bench without the mat. 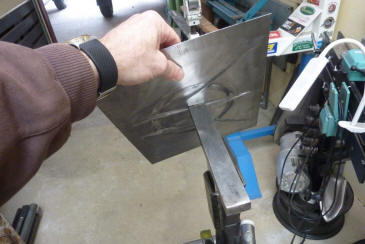 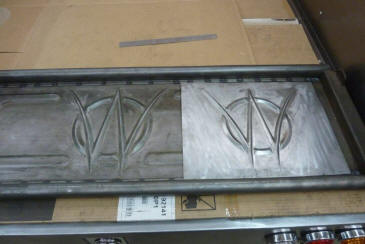 Also planished it by having the letter over the edge of this stake and carefully hitting with a small hammer on the outside. The results of 3 afternoons work during our fifth lockdown was worth it. I learnt more of what can be accomplished with the tools I have. I think that it is a good facsimile of the factory pressing and I can go on with making the rest of the tailgate which will have a custom design to suit my build.