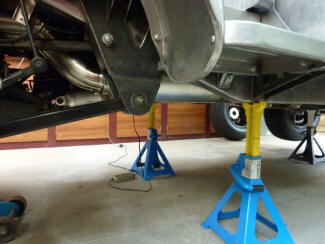 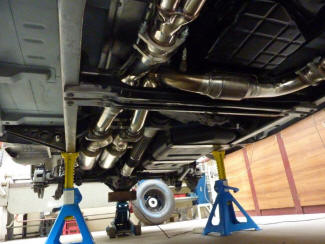 I ended up pulling out the whole system and redoing it so it sat just above the frame rails. Also the whole tail pipe had to be reworked to meet the higher outlets. So it is all back in place with fingers crossed that it is quiet enough to pass the EPA 96 db. limit while giving a deeper throaty tone.

Getting it out the workshop and test driving it! 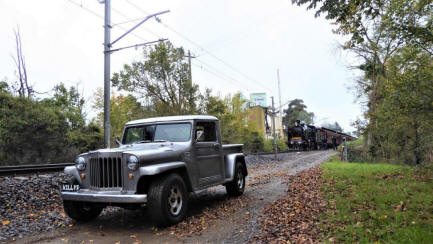 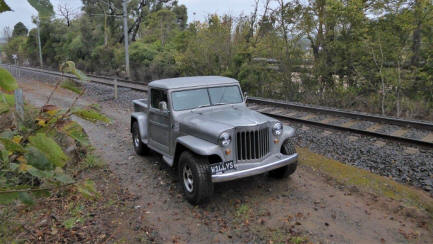 Heard the steam trains running past from my house, so decided to duck out and try and get some shots between the showers of rain. Not great conditions for photography, let alone driving a bare metal truck! It was coming in pretty fast so hoped I could get a couple of shots in before he passed. Nope, camera to slow to refocus! This locally built steam train was built in 1943 and only five years older than the Willys! 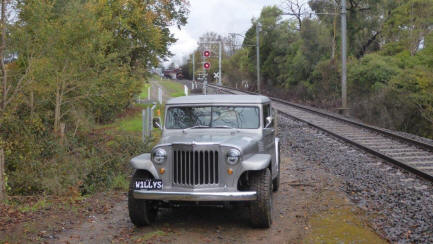 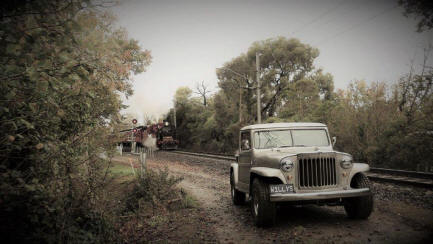 Was the end of the line so took a shot while waiting for it to come back up the line. Drizzle had set in now too. What was cool that I got two steam trains to photograph as they had one at each end as had no where to turn them around and were doing a shuttle service back on forth on our line this day. 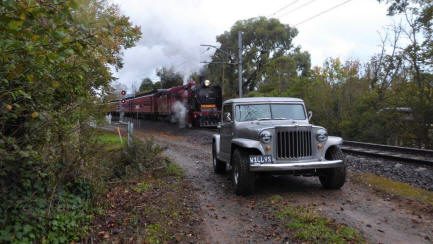 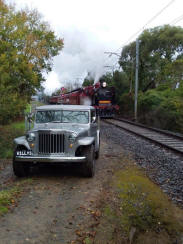 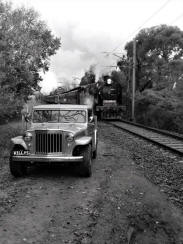 Coming from a standing start and on an uphill grade gave me more time to get some extra shots in. 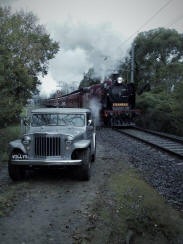 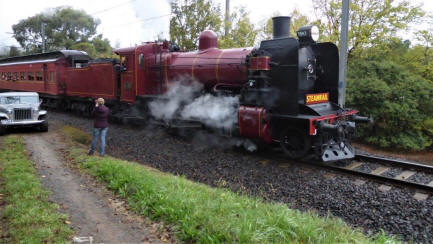 Sorry for all the shots but couldn't pick which ones to leave out and played with a few filters and effects. Wife thought she could help by taking shots with her phone as was faster, so took all of the portrait view shots. The K190 was built in the same workshop in 1946 so only two years older than the Willys. Only just got back on the line too after a recent restoration. 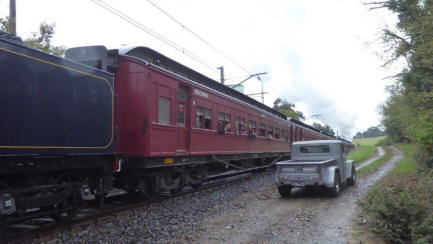 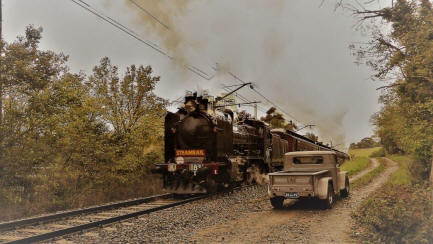 The Willys was drawing a lot of attention from the passengers and the train engineers were giving it the big thumbs up as well! Camera really had trouble, and my lack of knowledge, in these conditions, but least I got some 'atmosphere'.