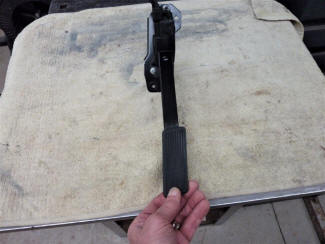 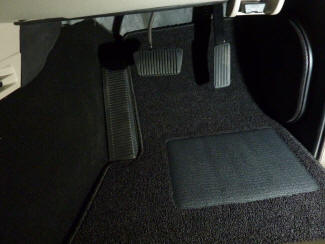 It has moved over about 50-60mm, 2"-2.5". You can see I still have plenty of room but feels much more natural using it. I also fitted a cover over the dead pedal for better wear a tear and easier cleaning. It is from a Jeep WJ Grand Cherokee rear door sill and was a perfect match. I also had made some templates and had custom floor mats made. Also increased the size of the brake pedal and is now the same size as my other Jeep. 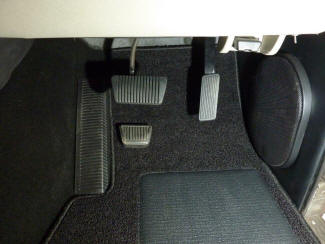 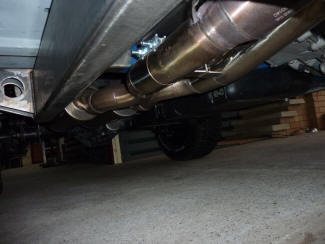 The exhaust flanges that were the last thing hanging below the frame rails have been removed and replaced with band clamps. Much neater and seal really well and hold more firmly than the type of flange joints it had. 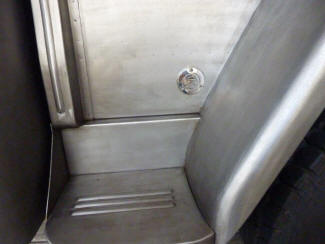 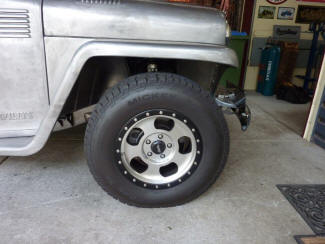 Another thing that showed up was that the fuel filler I had fitted stripped out when trying to remove it for the first time after driving it. The suction was enough to cause the handle release shaft to spin. So have replaced it with a cast stainless boat deck filler instead. Since buying these wheels I had always planned to modify them to be more custom and less 'fussy'. 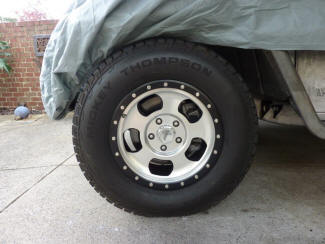 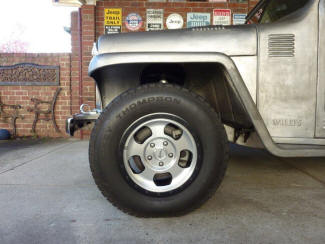 Came across these chrome centre caps meant for another wheel in their range, but fitted these perfectly. It actually tones it down a bit and more period to the build. Another thing I didn't like was all the stainless bolts sticking out of the fake bead locks. So replaced them with black powder coated stainless furniture bolts to make them blend in more. Makes the ring look part of the tyre instead of the wheel and less offroad orientated. More classic looking too. 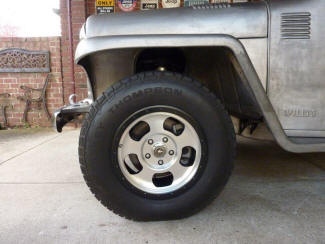 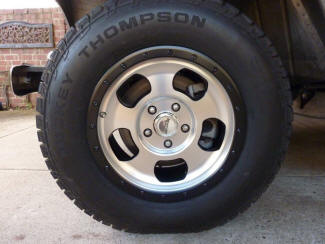 I also bought a set of the Jeep anniversary cast metal badges which fitted the centre caps exactly. Not sure on them yet though? Close up of the wheel without the anniversary badges. 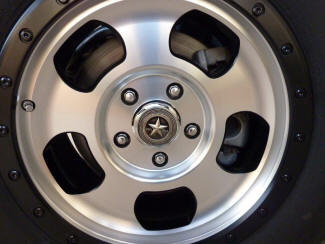 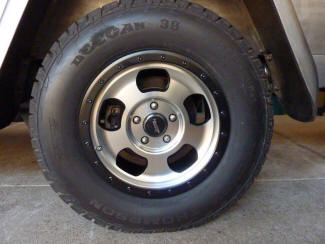 Close up with the badge in place. Stock black plastic cap. 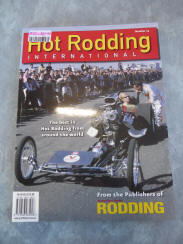 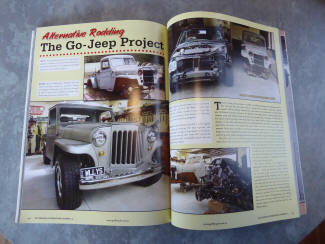 I was away on holidays and walked into a newsagent in Eden and found I had been published! 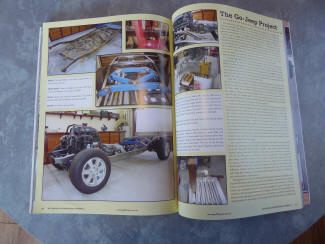 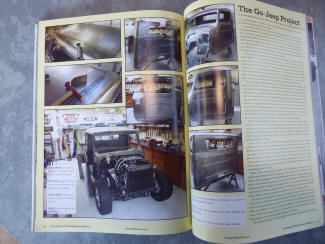 I had tried to condense basically the first 10 years of the build up to the completion of the cab on the frame. 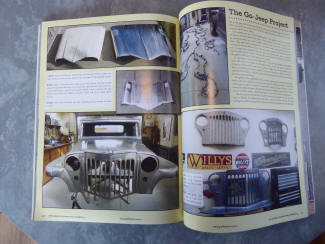 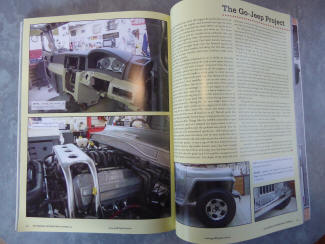 What I didn't know was that they used all of my information and as I had written it! If I had known that and the format they changed it too, I would have done it differently. But still a great thrill to see it in print. 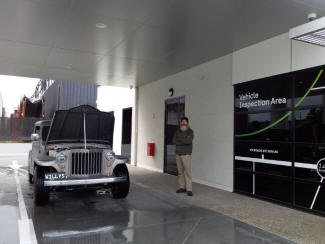 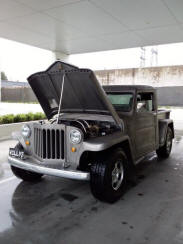 The day then came that I had to see if I could get it legally registered on our states roads. It is a very lengthy process and very hard to do if you have not followed all the rules and done them to a high standard from the start.