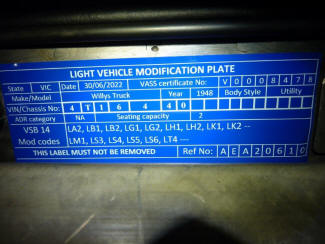 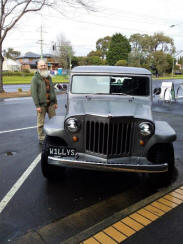 I first had to get every modification certified by an engineer that it was done to the correct standard and did not reduce the safety of the vehicle. Also that it was compatible with other changes made. Like the need for better brakes if you have more horse power etc. Everyone of the codes means something had to be approved and considered safe etc. You can see what they all mean here. VSB-14 Then after the modification plate was fitted I could get a roadworthy certificate. Also a trip to a certified EPA noise testing station to make sure it was within allowable limits. After a very stressful month, I got everything passed first time. :) 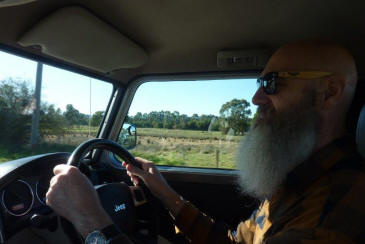 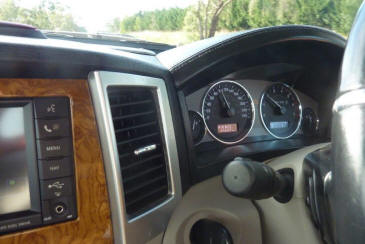 First time out for a drive fully insured and registered. :) First time hitting a 100 as well. Was stable as a rock and could take my hands off the wheel and it tracked straight and true with no vibrations at all. :) 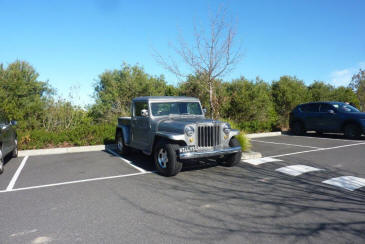 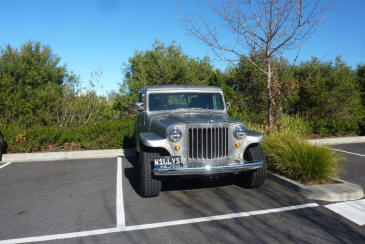 Parking up at the Chocolaterie in the Yarra Valley. Getting used to reversing as feels strange as my mind wants to park parallel with the door angle, but that doesn't work when you have a wedge shaped cab! 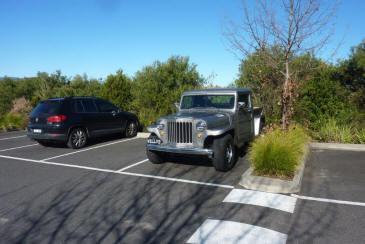 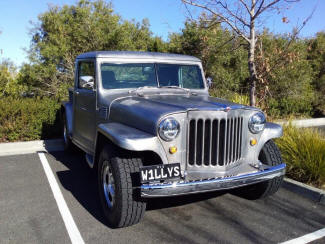 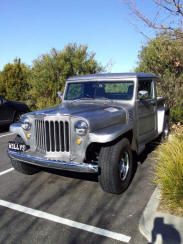 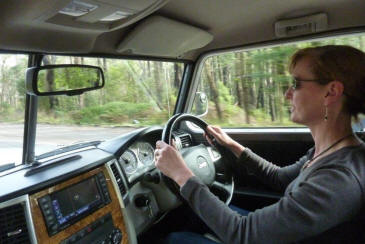 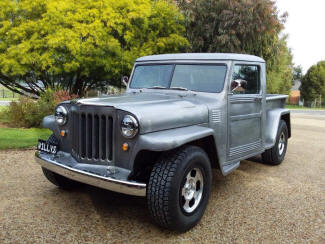 My wife Lisa even drove it for the very first time! Loved how it handled so well and so easy to drive. This thing feels so planted and doesn't wander at all. We thought we would surprise her parents by rocking up in the Willys for the first time as had not told them it had been engineered and registered. Well we didn't fool them and they had even baked a cake to celebrate the occasion! The trip was a 100 km and it ran faultlessly! :) 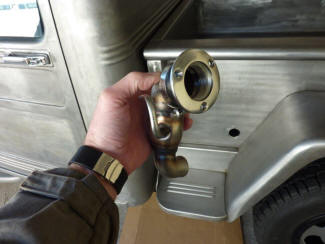 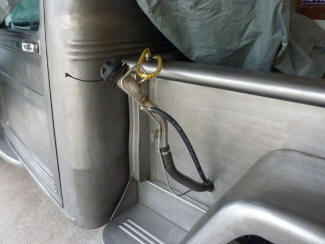 Addressing some of the things that could be improved. I was worried when I first made my fuel filler that it could be a slow fill because it first went over the top of the tank with only a little slope before dropping down to the filler port. Tested it with a jerry can it was fine, however the first time I filled it at the pump it was a different story. It kept shutting off as any spit back made it stop. Only turning the nozzle upside down would allow it to run at half speed but then spill out every where once full! Thought if I had the drop first and then run into the tank might help. No difference at all, even after disconnecting the vent line from the charcoal canister. So picked up another filler from the same model donor Jeep to see if extra height would help. Wanted to test it first before making anything permanent. So drove to the service station like this and it worked perfectly. 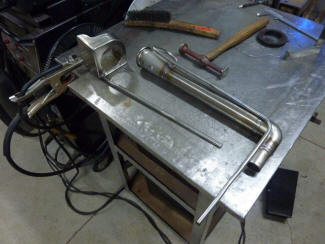 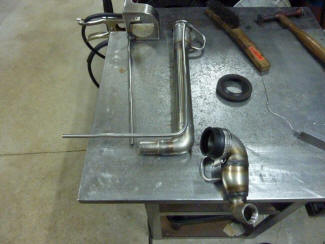 I straightened out the vent line and added a new bend where it would go under the floor. Used some bigger stainless tubing to replace the stock one with the bends in it and added an elbow at the bottom. The top of the old setup is now the bottom of the new one. Gives you an idea of how much extra 'head' it will have, 400mm/16" extra. The tube coming down from the holder is in case any spillage occurs, it will drain out below the floor level and not inside the bed. 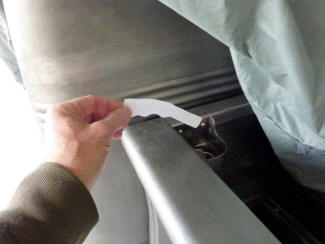 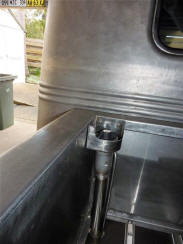 While I was filling up I made a quick tracing of the fuel nozzle so I could make sure it would work well enough. Also that it will still fit once I have a hard tonneau cover hinging over it. So I got it tucked right hard in the corner and it takes up little floor space. Running it in from the outside took up a lot more room as it needs a fairly soft radius for the nozzle to still go in far enough. 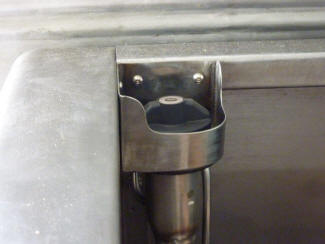 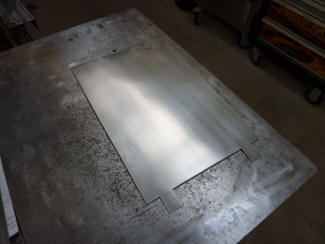 The drop in the side piece makes it comfortable to open and close the cap. I had a piece of old stainless that had been heated in the middle and was all warped. Managed to wheel out the shrinkage from the heat and make it good enough to make a shield from. The tabs are for the mounting screws. 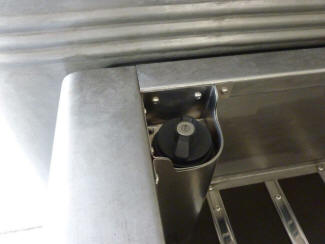 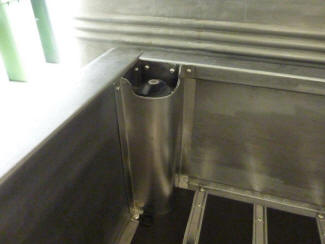 I made it wrap around the top and screwed in so it can easily be removed if needed. The curved part was first wheeled as far as I could get it before bending it the rest of the way over some pipe.