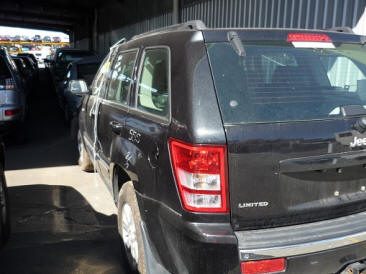 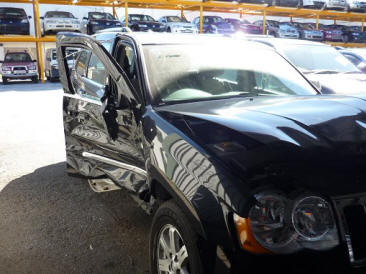 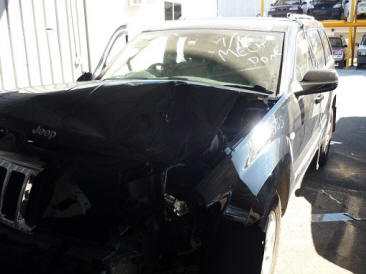 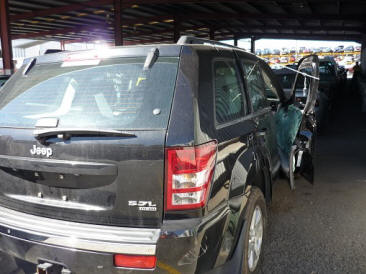 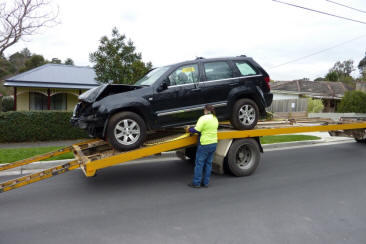 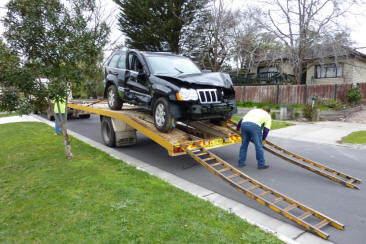 Well I now have it home. So getting my very first look at it was exciting and worrying at the same time wondering just how bad the damage was. Turned out it was about what I expected so that is always a good thing. 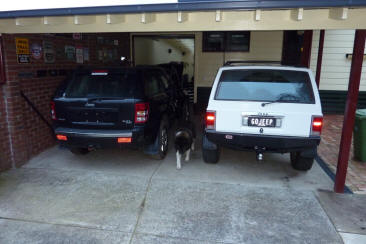 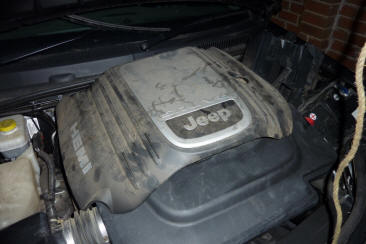 So here it is next to my Jeep with the guard dog checking it out. Glad to find the Jeep Hemi engine cover in the back as well. Hope to use that in the Willys build. 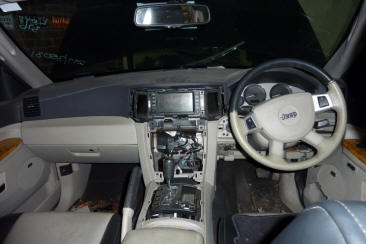 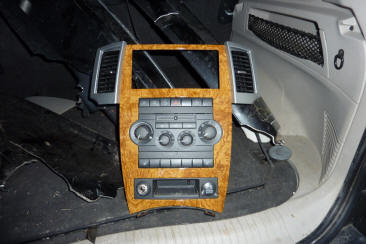 First thought someone had stripped a heap out of the dash but found it all behind the back seat. :) Have since plugged it in and all still works except for the entertainment centre so far. 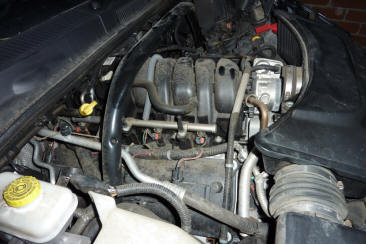 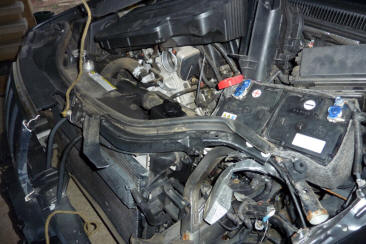 Much thanks go to the original owner Leo who was kind enough to send down to me a spare transmitter. This allowed me to see what still works and doesn't. Thanks mate. :) You can see here the main front damage is just next to the frame rail missing all the suspension and vital components I want to use. It did push the battery back about a foot though!  Radiator still holds water though and the engine runs sweetly. :) 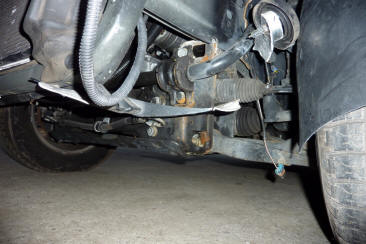 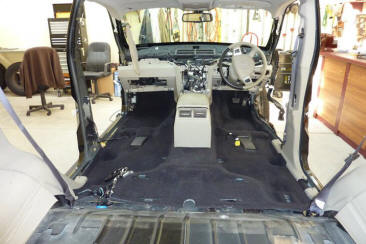 Steering pump reservoir had the filler neck broken off. One knuckle on the other side is bent but got a replacement from the US t replace it. I have spent quite some time measuring all the suspension points and angles etc and stripping out the interior. 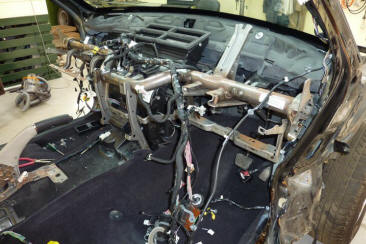 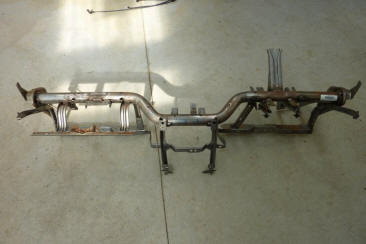 The is the main dash member that just unbolts. It supports the steering column and all the heater/AC parts as well as the radio/navigation and heater controls etc.
Planning to install the whole thing into the Willys so I can bolt everything to it like it was in the Grand. 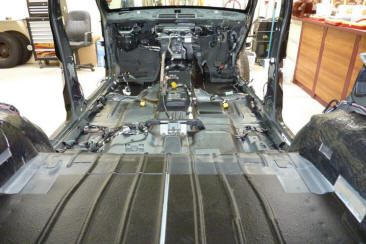 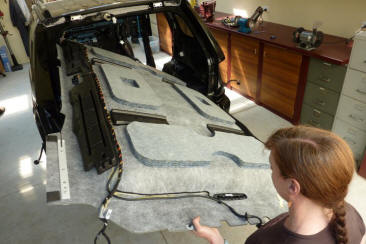 Just the heater and A/C to go now and the rest of the wiring inside. Surprised at how thick the headlining was. Hope to be able to reuse the front half including the roof console. 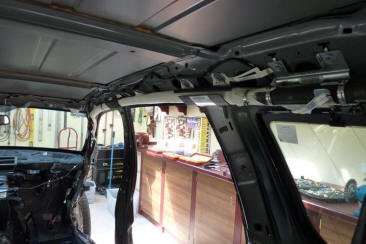 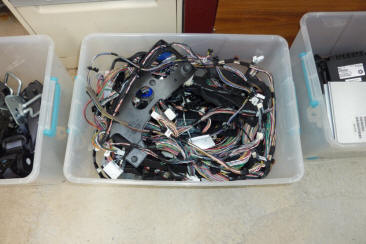 You can see the setup for the curtain airbags here. The wiring loom was carefully taken out and full labelled each and every plug and did not cut a single wire. I filled two of these 50 litre containers to the brim plus another nearly with the different computers. Weighed in at 40 kg in wiring and ECU's. alone 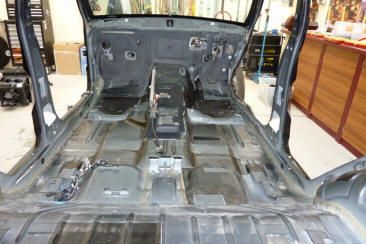 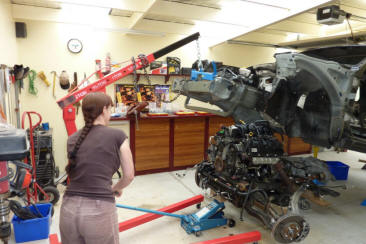 The interior is pretty well done now so the rear axle and suspension was all removed next long with the fuel tank and lines. Then the front coil over struts along with the engine cradle and rear transmission cross member was unbolted. The engine cradle holds not only the engine, but also the lower A arms, steering rack, swaybar, front differential and axle shafts. The transmission and transfercase was also left attached along with its cross member. Rather than take everything out in pieces through the top, the body was lifted up and out of the way instead. 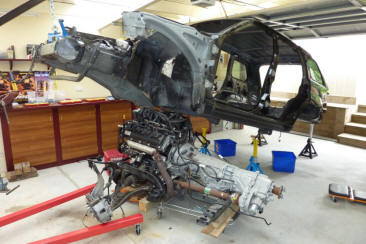 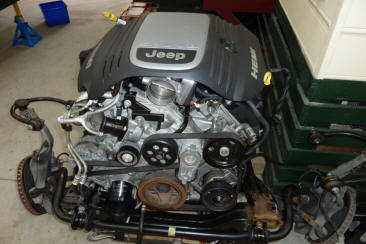 Worked quite well lifting the body out of the way and then rolling out the drive train from under it.