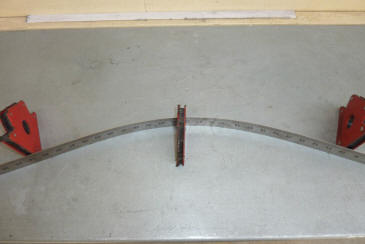 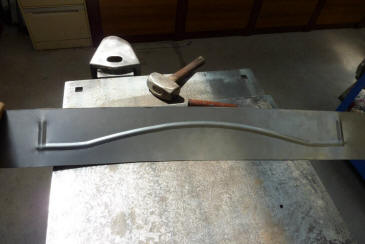 Needed to make a new upper panel to close the area off between the top seam of the new firewall and the underside of the Willys cowl. The original had a stiffening bead around the hinge mounts as well as curving under the wiper motor. Thought I would do similar but flip the curve to suit the cowl more. To plot the curve I just used a metal ruler between magnets at the points I needed. Then rolled the bead in the manual roller I bought. 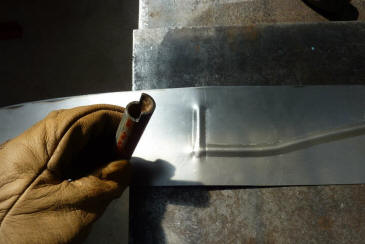 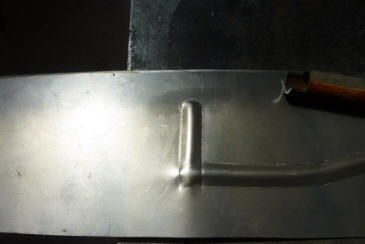 Want to tidy up the ends of the bead. Notched out a piece of pipe where its ID matches the OD of the bead. Just placed it on the table and gave it a hit and much neater now. Tried it over some rubber as well but straight on the bench gave the best result. 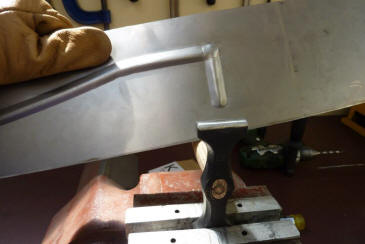 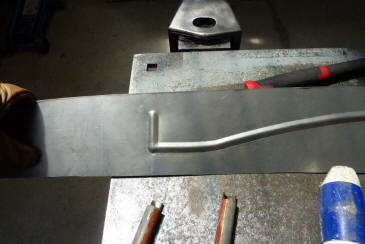 Had to raise where the bead had been run over in the other direction. Clamped a curved hammer face in the vice and used a small soft headed mallet to get the crease out. I tried a square outside corner first using some notched SHS, but decided on the same tube trick with only a 1/4 left to curve the bottom corner. 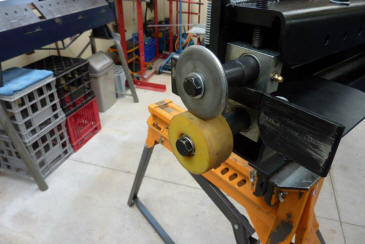 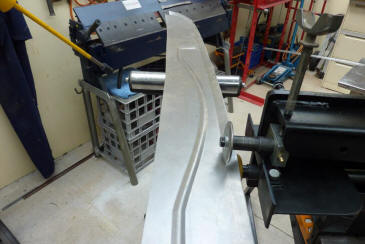 Now to use the tipping wheel for the first time. I just made my own from on old washer and one of my roller skat wheels. Tightened it down into the wheel about 3 turns. First pass I just guided the wheel through to mark the line and start the bending. 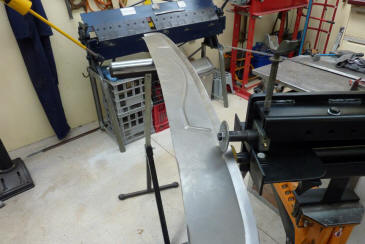 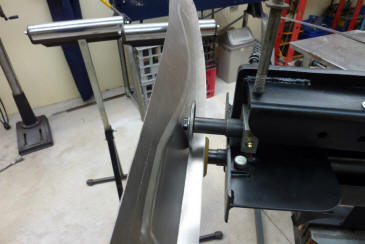 Next pass I lifted up on the side of the piece as it passed through increasing the bend. Forth pass and is far as I can go. It is touching the bolt head as well as the side of the washer. An extra turn can give a little more but was close enough to hammer and dolly the last bit. 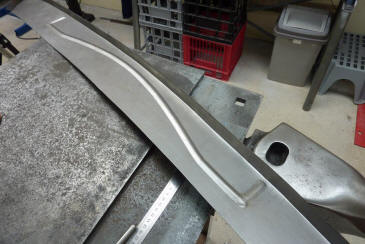 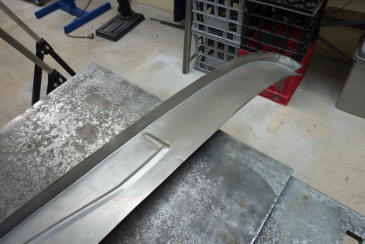 Use a small soft mallet and steel dolly to tip the last bit of the flange. The tight corner as caused it to bend. The outside edge needs to be shrunk to get it straight. 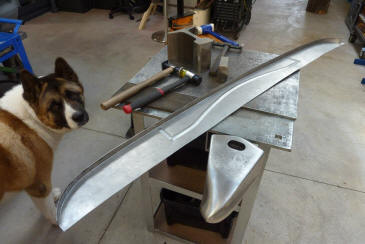 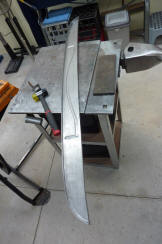 Just used a shrinker to get it straight at the ends. Can see the cheap soft mallet I used for the tipping and other tools for correcting it until perfectly flat. Bottom edge was tipped and needed very little work afterwards. Only the bottom corners where I couldn't get all the way to the end with the tipping wheel. 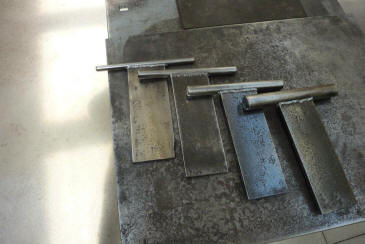 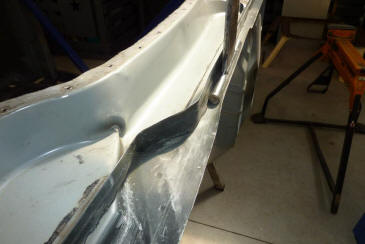 I needed to make an extra curved tip to the flange in the middle of the bottom section. Found some scrap under the house and quickly made these T dollies in different diameter rods. One fitted perfectly the curve I needed. This lip turns up to give clearance to the back of the engine cover. 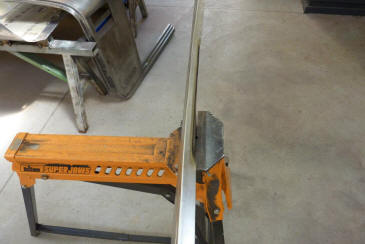 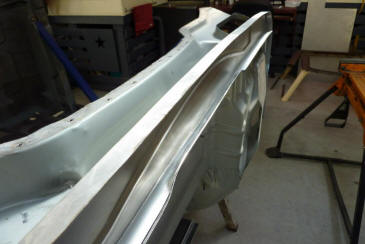 The first part had to stay flat and then the curve was needed. Used a soft mallet as didn't want to stretch it while bending it over. Fitted in quite nice. 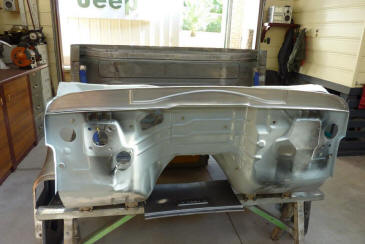 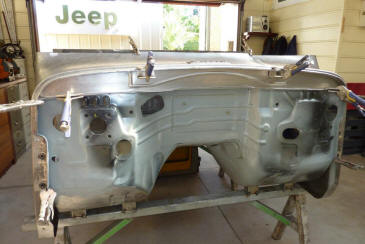 Just dropped in place without clamps. Only a slight gap at one end which I corrected later. Was only the bit done by hand and must have missed the mark when bending it with pliers. Cowl sides and top tested to make sure it all goes together. Better than expected but I did remember to take off the material thickness twice when adding on the flange width to the template.