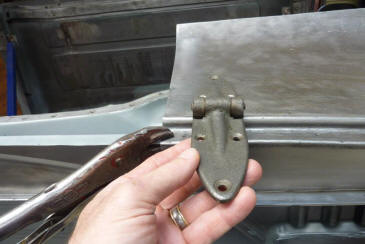 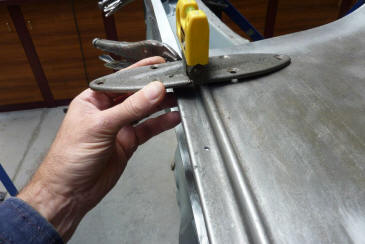 Before welding the cowl back together, I want to do anything that needs to be done while it is easier in pieces. One thing is to make these early Landcruiser cast bonnet hinges fit the cowl. They need to be level left to right across the cowl so that don't bind. So have to come up with a way to do that and still look factory. 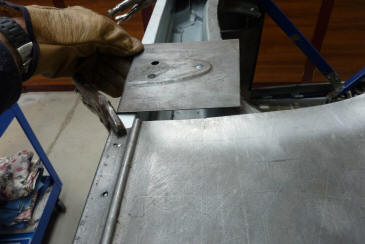 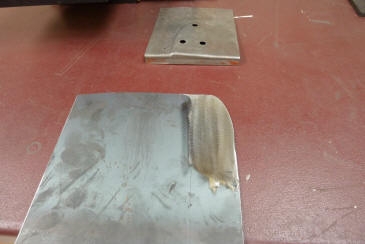 I have a piece of cowl from a Landcruiser that shows how they did it. I was originally going to cut these into the Willys cowl and call it done. But only one was usable due to the rust damage on the other one on the underside. First thing I did was grind down some plate with a 9" grinder to the angle I needed. 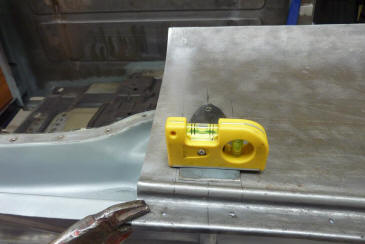 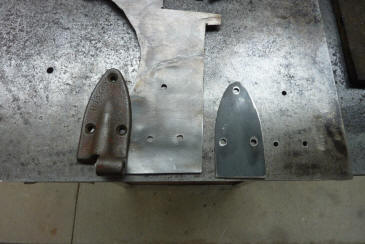 Cut the plate out the same shape as the hinge and checked to see it it levelled it. Then did a test on some scrap the same thickness to see if my idea would work. I drilled and tapped the bench to the hinge hole pattern. I will place over that the angled piece of plate followed by the scrap test piece and then bolt the hinge piece over it to keep it all in place. 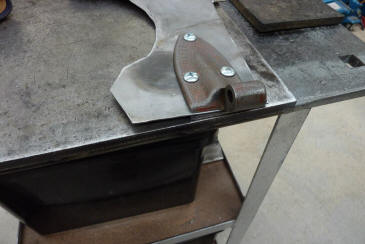 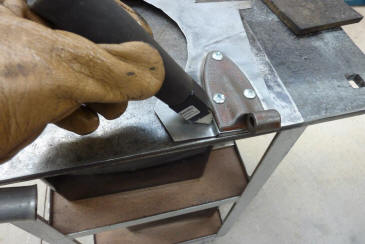 Can just see the angled piece underneath with it all together. Then hammered down around the edge using a chasing tool. 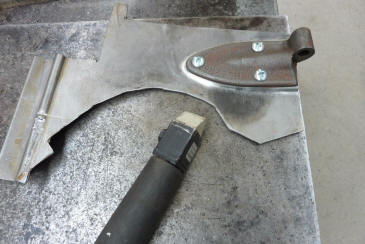 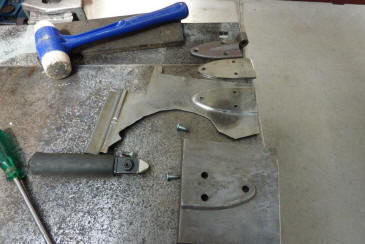 Looks like it could work. I have made the piece less rounded than the original Landcruiser pressing in the foreground, as wanted it closer in shape to the base of the hinge. 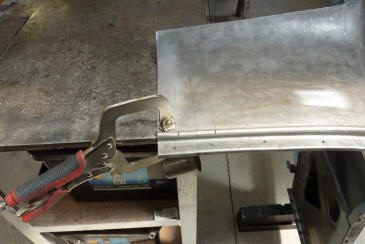 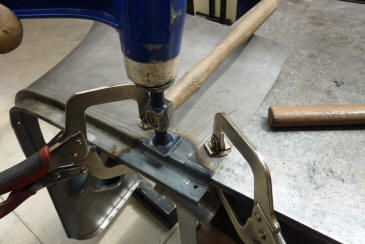 So now to try it on the Willys cowl. I first had to flatten out the bead so I could screw down the hinge flat. I decided to cut a slot with a hacksaw so the bead each side would not be pulled down in the process where I didn't want it. I heated it with a torch as I wanted it to shrink at the same time. When getting closer to the edge to save risking a miss hit, I hit down on my hammer like this to get right into the corner. 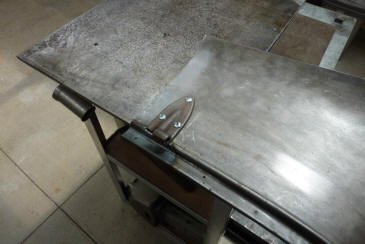 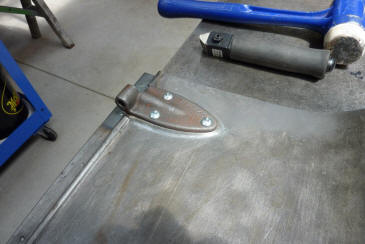 Assembled with the angled form underneath and screwed it all down to the bench. A few minutes later, hey presto! 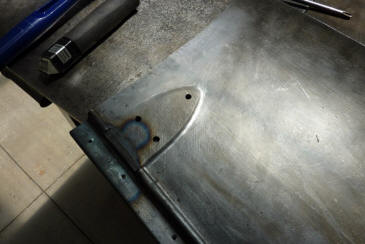 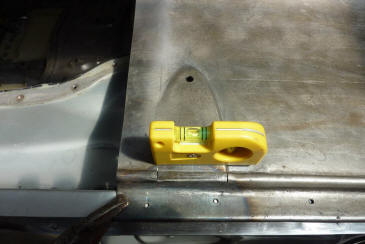 Come up pretty well. Clamped back down to the firewall and looks to have worked. 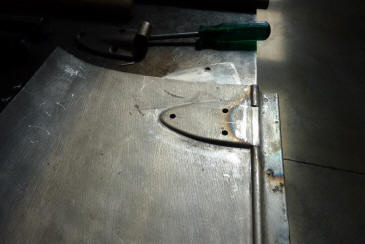 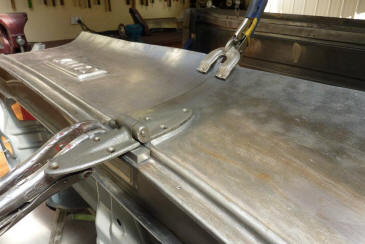 Other side also done. With the Willys stamping raised up as well, think it fits in with the utilitarian look I going for. 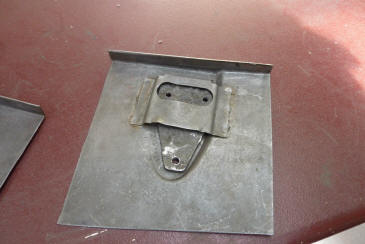 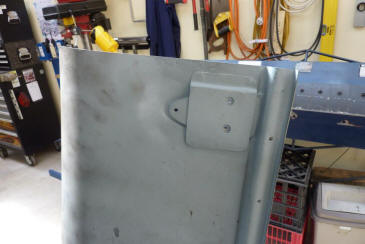 The Landcruiser thread plate floats underneath to give some adjustment. Was badly rusted so will make new ones. I cut the same metric threads as original so can buy the matching screws to suit the hinges. The area and plate was coated in zinc before assembly and again after plug welding the piece that holds it in place.