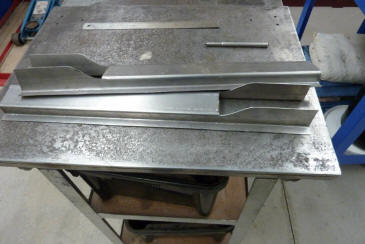 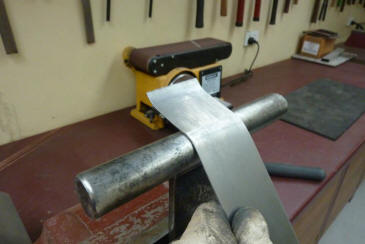 Cut some shape into it like the original ones. Bent the cover piece over a solid bar with the nylon mallet. 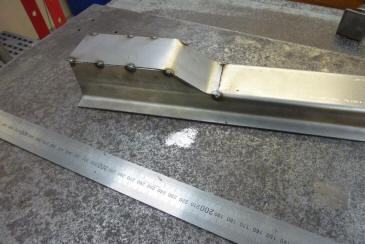 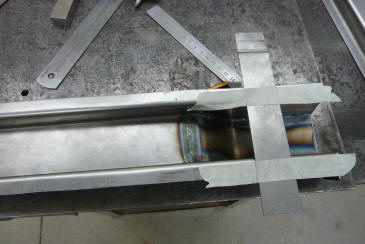 Tacked in ready for welding. Now I had to clear the flange where the new section of floor joins to the donor floor. Rather than just cutting the flange away I thought I would press the clearance in. 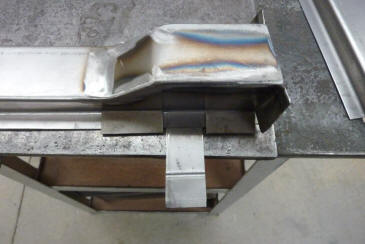 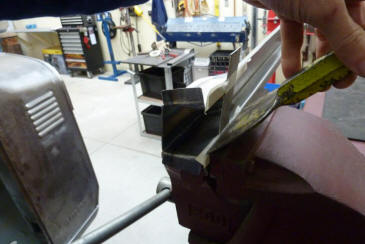 With the longer piece taped underneath I placed another couple of pieces of scrap each side of it on top. Then taped them as well. Put it all in the vice and did it up nice and hard. Gave it a hit with a bolster until it left a mark in the tape right across showing I had the depth I needed. 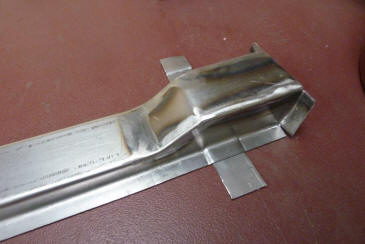 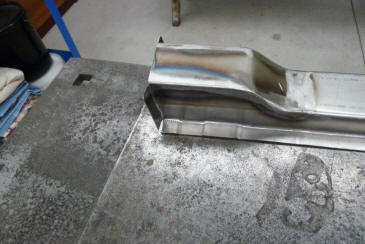 Shows how I clear the metal now. Did the end bits as well to clear the flanges on the floor supports. The factory just cut it instead but thought might as well do it this way to get a better seal and stronger too. 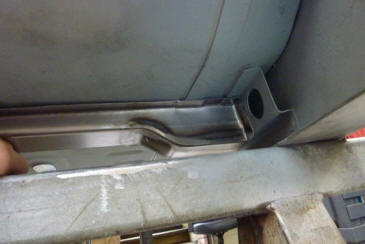 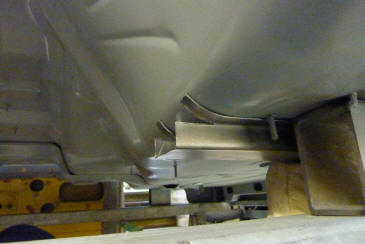 Holding it up you can see how it clears both flanges now. I actually shorten the hump a bit before welding it in. Now for the other end. To terminate like stock it needs to go up inside the tunnel a bit. This reduces any stress rises. Just marked the flange where it last touched the floor and then cut to that point. Bent the flange around the corner. 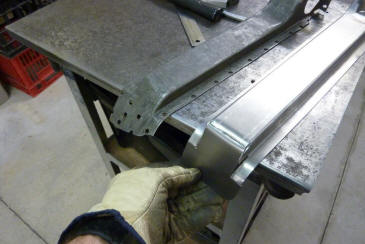 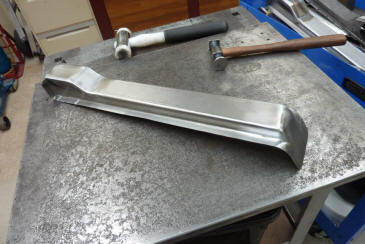 Made an end piece after putting a bit of radius at the top. Can see the stock one next to it that I am getting my ideas from. Then welded it up and ready for fitment. 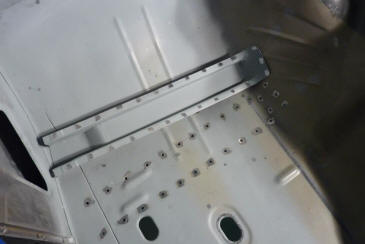 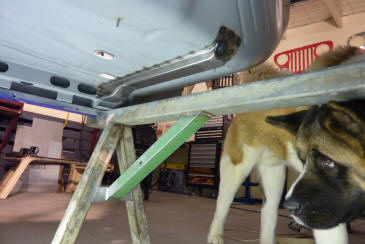 I zinc coated just the inside of the support. I drilled the holes through the floor rather than the flanges as get better welds than doing it over head from the underside. I clean the coating off at the weld points only, even though it is a weld through coating. Less chance of any porosity and going to burn off anyway this close to the weld. Was getting late and the dog came to let me know! ;) Can see the weld penetration coming through from the top. 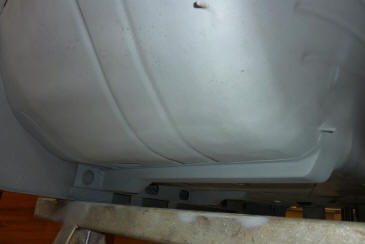 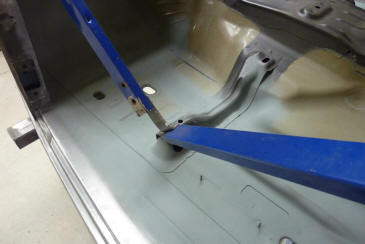 Got the other side floor support done. With the cab wider than the donor Grand Cherokee floor, I thought it was necessary to extend the front seat mount support across to the sill support like it used to on the donor. 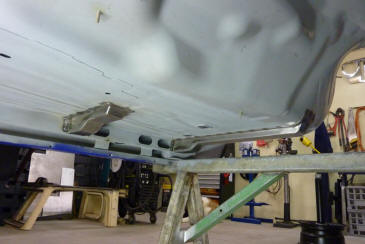 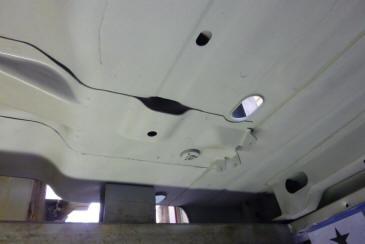 But rather than do it on top of the floor, I thought it would look and function better under the floor instead. So I made this short centre support to go from the sill and then over lap the end of the seat support on top. The thinner part of the support is what is over lapping the one above it. Now on to the end of the cab. The donor floor had this arrangement to strengthen the rear of the front seat mount. It used to tie in with the sill support on the end which is what the tags did. There was also the floor rail that went over that hump in the middle. 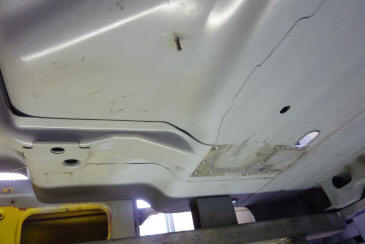 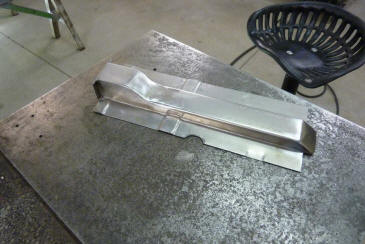 Rather than just extend from the end of the reinforcement to the sill, thought it would be stronger to cut it away and make a new one from scratch. I cut it away until the vertical part of the floor where it is the strongest. Was as far as I could go without interfering with the fuel tank which rests against the floor in the raised section. Used the same technique as before, but just with wider flanges. I made the whole piece wider than the one I removed so it would meet where the donor floor had an overlap joint.