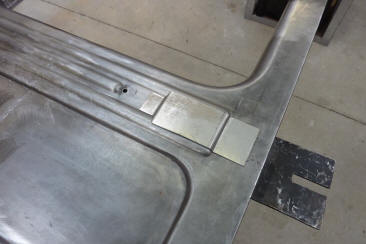 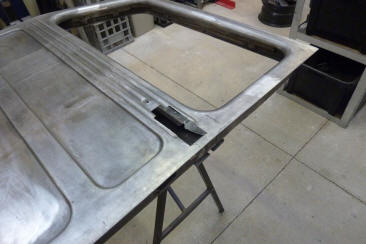 Searched for a while for replacement door handles to suit new bear claw latches which are much safer than the old 70 year old stock ones. Needed extra clearance for the handle link inside to clear the window, so decided that raising the mounting area to the height of the ribs worked best. The new handle didn't fit between them anyway. Made the patch clear the old hole and move it inwards at the same time. 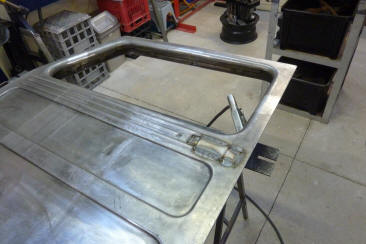 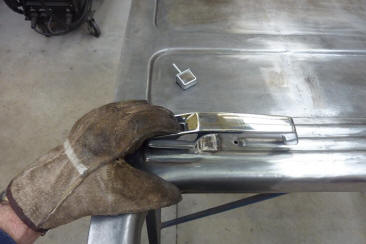 Welded in. Moving the handle inwards means the mounting pad lines up with the end of the existing ribs and moved the link over the glass rather than on top of the glass channel for more clearance. After hours of searching I ended up choosing some die-cast chrome handles I had spare imported for my XJ Jeep Cherokee to replace the plastic ones it had. 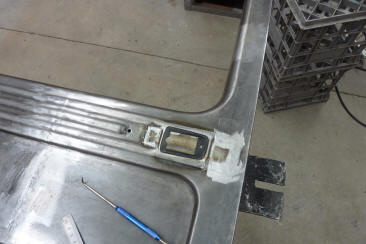 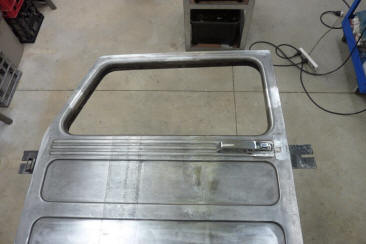 Used the handle's gasket to mark out the hole needed. Holes cut out and hole drilled for the stud at the other end. 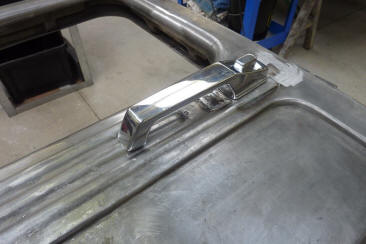 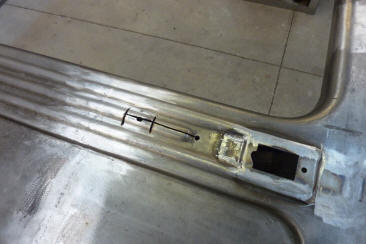 Need to build a mounting pad for this end too and do something about the centre rib. I thought shortening the rib was the best thing as gives more clearance for the knuckles. 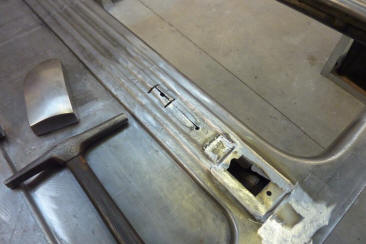 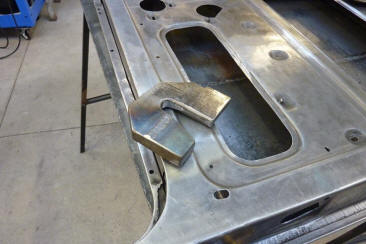 I had cut a slot up the middle of the rib and then hammered it down do get rid of the excess material. The slot closed right up once flat, so then just welded it closed. A new mounting pad for the handle will be added after cutting out the area in the same way as the other end. As it was hard to planish the area flat after welding, so I made up this dolly to suit out of some scrap. 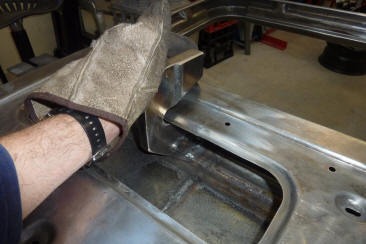 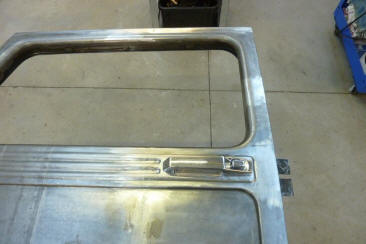 Laying the door over on a trestle, I could just hammer down on the dolly to flatten the two mounting pads. Think the size and squareness of the handle suits the door. 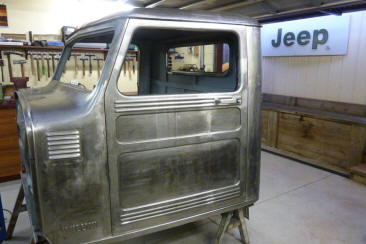 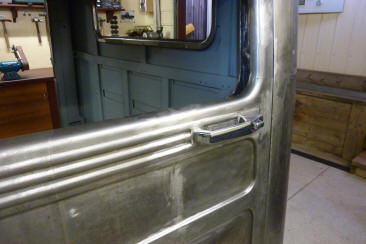 The slightly bigger size suits the proportions of the bigger than stock door as well. Can see how the rib removal behind the handle works well for the knuckle clearance. 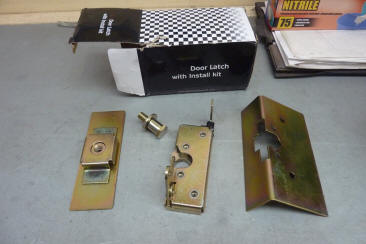 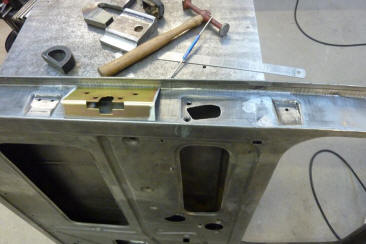 Bought a new bear claw door latch kit to update the nearly 70 year old stock ones. Was hoping to use the donor Jeep ones, but they were just way to big to fit. These come in a small and large styles, but chose the large which is recommended for heavier doors as has more latching strength. The position was same as stock centring on the B pillar recess. It will fit over the old location in the door as well. 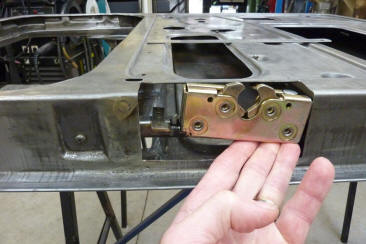 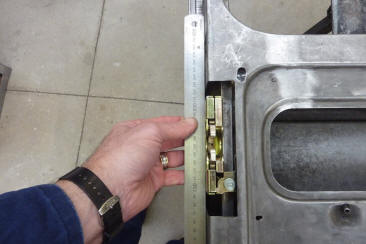 Will have to find a way around the interference of the locking lever with the window channel. The large and small styles are both the same thickness at 19mm- 3/4". Will have to hammer out the side of the door a bit to make sure it clears. 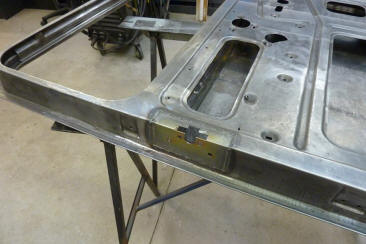 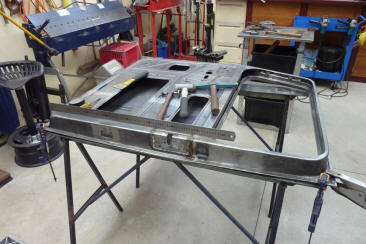 The mounting plate is is fully welded into position. Just showing on the other door how I pre-tensioned the door by clamping down onto the trestle before welding it. The shrinkage of the welding brought it back flat again along the back of the door.