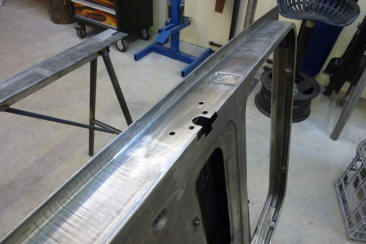 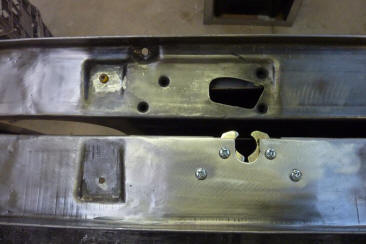 Smoothed off. You barely notice the extra couple of millimetres to clear the window channel as I made sure the folded edge was still straight and inline with the rest of the door. Here you can see the differences and the modifications needed. I hammered out the old recess for the exterior handle mounting screw and also deepened the one side of the pocket for the window channel mount. 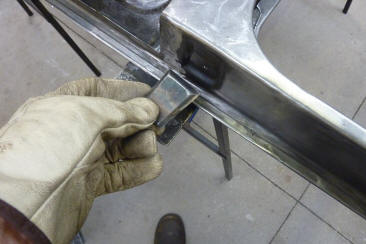 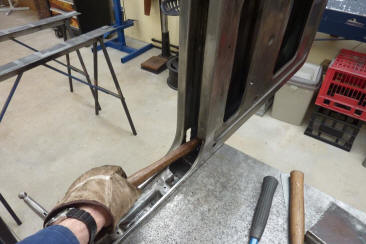 I had done this by making this little hammer form to match the shape I wanted in the end. The form was placed on the table and the door clamped over it. The edge was then hammered down. A mallet was also used inside the door to hit down on top of this hammer. 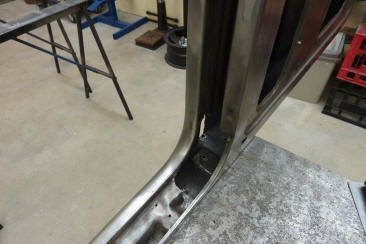 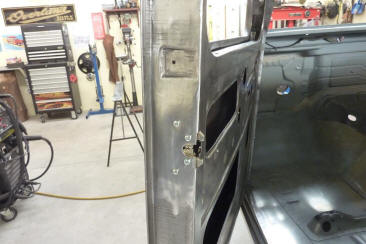 Can see the shape finished now. Can't say I was that rapt in the way it mounts with the jaws protruding past the door edge when open. 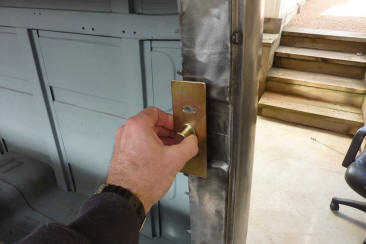 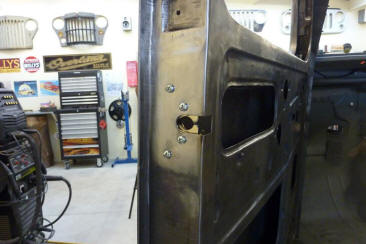 It also meant the striker bolt mount would be partially off the edge as well on the B pillar as well as the caged nut on the back. So I welded up the mounting holes and made the front opening hole smaller as well. Moved the whole lock back further inside the door. This also solved the clearance problem with the locking lever as well as more clearance for the opening and closing release latch as well. 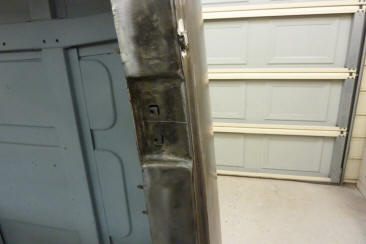 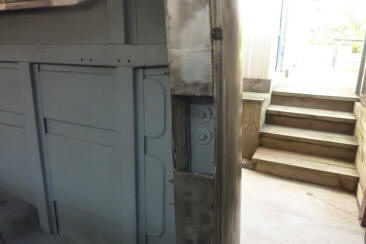 I couldn't use the recess as then the striker bolt would not reach the new lock. So it was cut out completely so that the new mounting plate with the nut cage with nut could be butt welded into place. The top and bottom edges were arched outwards slightly so that the weld shrinkage would pull it inwards. 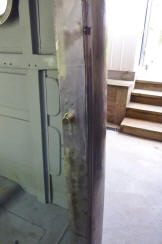 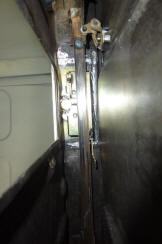 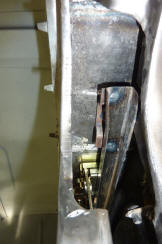 Good full penetration welds, rather than weak little tacks all over the place, was used to weld it into place. Pre-stretching the edge meant it pulled back flat after welding as no hammering could be done. Now you see the latch in place behind the window channel. Problem to solve now is to connect the door handle at the top right to the latch link on the left, without going in front of the window channel where the glass will run in. Top view shows it a bit better maybe. Can make out the door handle link attachment on the bottom right which has to connect to the gold lever coming off the top of the latch. Cannot go in front of the window channel. 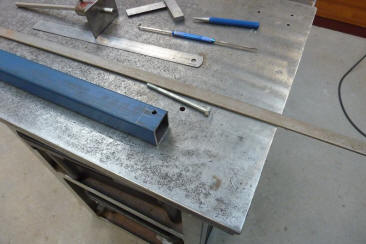 I thought I would build a hinge to go behind the window channel. Just using some 35mm SHS for the support and the hinge pin made from a 8mm bolt. Made some arms for the hinge from 20x3mm flat steel. I drilled them all the same to match link positions as gives me the option of a ratio change if needed. 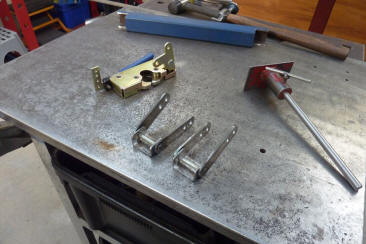 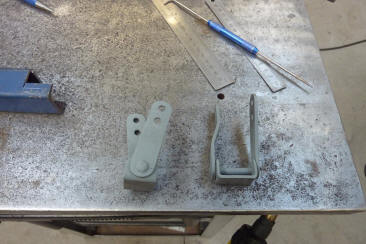 I welded the arms to the pivot ends and have a 21* difference in them so one end sat low enough below the door handle. Also put a dog leg on the door handle side to get it to line up better. 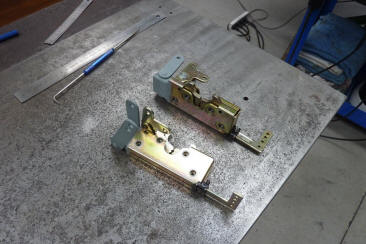 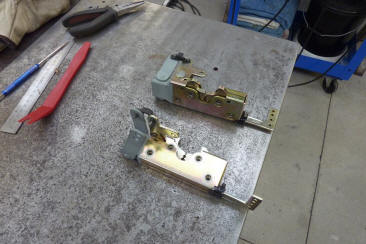 Rather than having more bolts attaching the hinge to the inside of the door, or welding it in permanently, I welded it to the top of the latch housing. Made up a short link to connect one arm to the latch lever. 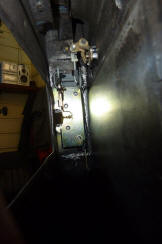 Here you can see it in place. Rather than go all the way down to the bottom of the door and back up the other side like you see others do, I thought this was a better solution. So now when I push the door handle button, it lifts the hinge arm up and transfers it to the other side and lifts the lever arm on the latch. The window channel and glass will go in between the hinge arms.