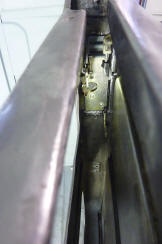 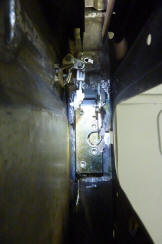 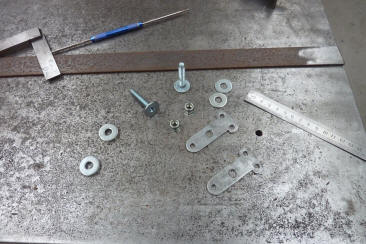 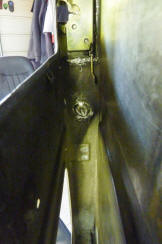 Next up is making the doors lock and unlock. I wanted a manual release on the inside of the door in case something happened to the central locking. I had these wide flat head bolts to use as pivots from an old CRT monitor I think. I always strip down and take fasteners out of everything that is to be thrown out and everything goes into the sorted bins I have. The pivot links were cut from some flat stock. I fully welded the head of the bolt to the door frame. I didn't want any long term fatigue so why I chose the widest flat bolt/screw head to use. What needs to be operated is the L shaped lever coming out of the lock and needs to go straight up and down, but is on the wrong side of the glass. 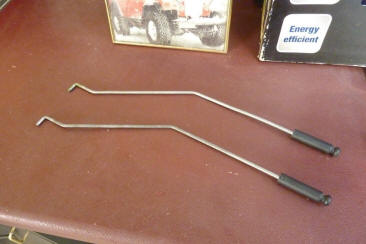 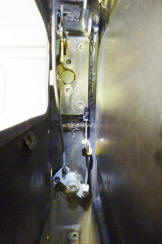 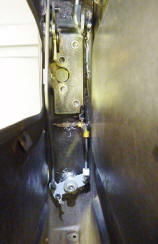 I used these door lock release rods from the donor front doors and bent them to suit the offset I needed. This is the best way I could think of to move the lever up and down directly under it. It sometimes would jam if you tried pushing up on an angle. This is another reason I ran the latch with the locking lever at the bottom as it would work conventionally. Pulling up on the door release knob would pull down the lever and unlock it like shown. Pushing down on the inside lock rod would push it into the locked position. The pivot link was made as long as I could to get enough travel without binding. Also made sure the pivot link is level halfway through its travel to prevent binding as well. A nyloc nut on the pivot bolt will used for final assembly. 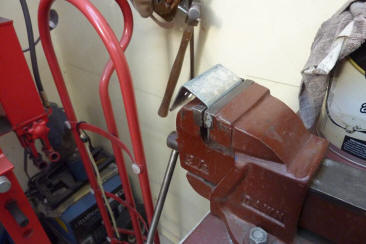 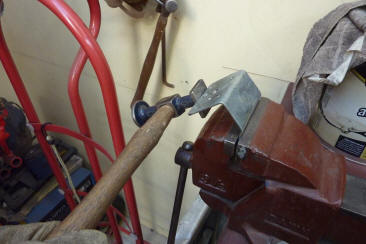 Next thing was to make a mount for the central locking actuator/solenoid. I didn't want another set of screws or rivets at the end of the door, or on the inside either. So will hide them under the door card. The metal was too thick for my folder so knocked it over in my smallest vise. Needed a joggle in it to suit the door. So after the first fold was made, I raised it up 1/4" and then bent it back the other way. Held this hammer against the edge to start with and hit it with a nylon mallet. 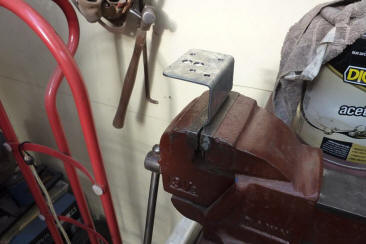 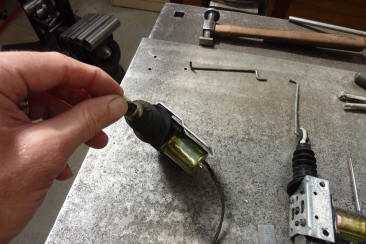 One joggle! It clears the motor nicely. These came out of a XJ Jeep Cherokee, pre 97, but are the same found on many GM cars from the 80's and early 90's. They actually have a rack and pinion system in them. Better than the cheap Chinese versions in the kits. 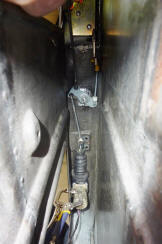 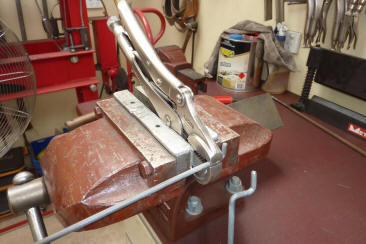 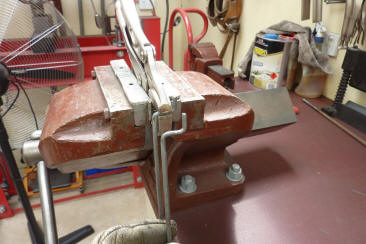 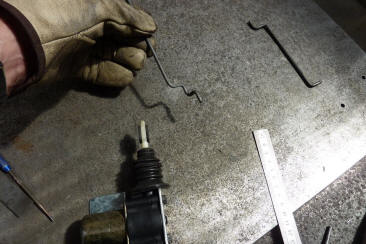 Knocked it over and now matches the stock rod. I also put another step in it so it would line up directly under the pivot link. Less wear on the actuator this way. 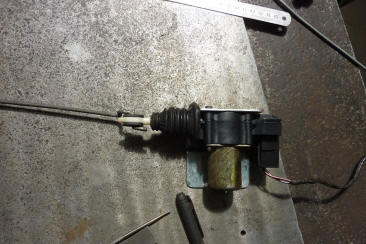 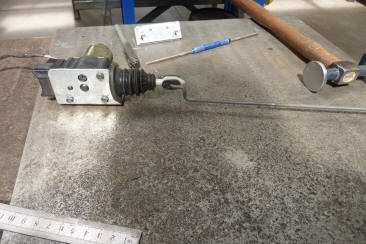 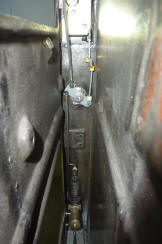 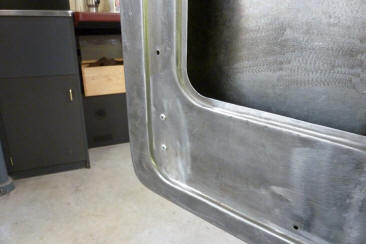 Here it is all mounted up. In the locked position left, unlocked position middle. Screws will be hidden under the door card which sits inside the recess. Wafer head self drilling screws were used to hold it in place. The self drilling ones are hardened and won't wallow out over time. Can also see why the joggle was needed in the bracket. 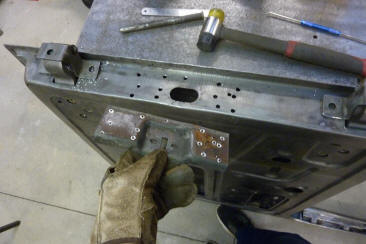 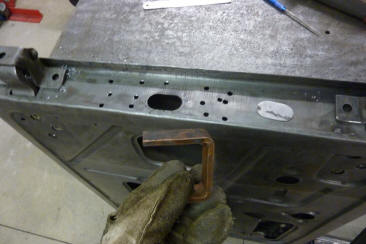 I am getting rid of the 1/4 vent windows and going to one piece glass. It means that the door check bracket has to be removed as can't run that style anymore. I'll have to come up with something else like a simple strap that the CJ Jeeps have. To fill all the spot weld holes I just use a thick piece of copper under the hole and weld it shut with the mig. The oval hole I have cut a patch for.