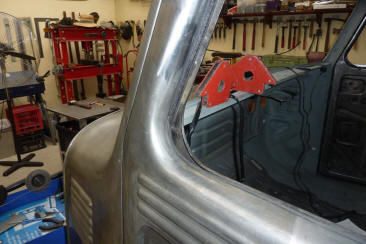 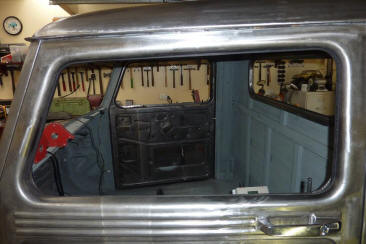 A pillar corner from the outside. Same material for the guide the whole way around now. 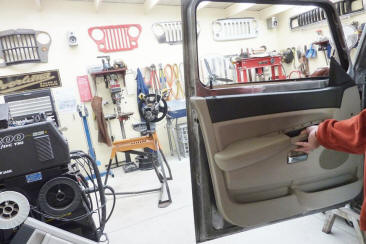 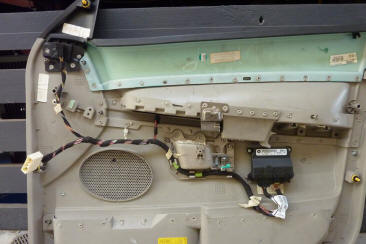 Now remember that I want the whole of the interior to look like it was from the donor Grand Cherokee year of 2008. I don't want bits and pieces from different eras if possible, but to be a cohesive design. Unfortunately there is no way the donor door cards are going to work so will do my best to use parts from it. Want to start with the interior door handles. They are plastic welded in with 8 melted over studs. The door card even has a relay and ECU box for the mirror, central locking and window controls. On the other drivers side card also for seat position memory! I'll be fitting all that as well later on. 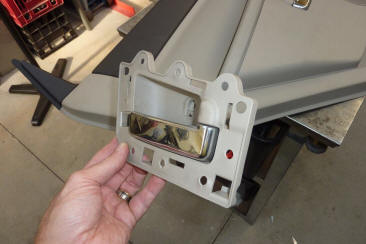 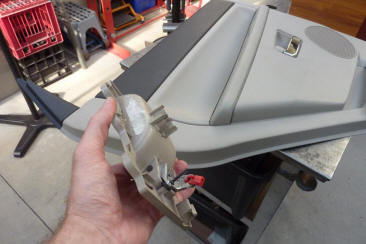 Got the drivers side handle free using a spot weld cutter type grind drill bit in a thread tap wrench handle. My idea is to mount this to face of the inside steel panel of the door rather than the card itself. So to mount this I will remove all the ridges on the back. They are not needed anyway as the steel door panel is stronger than the plastic door card it was on. 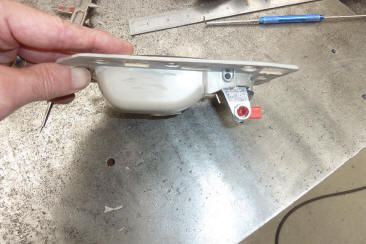 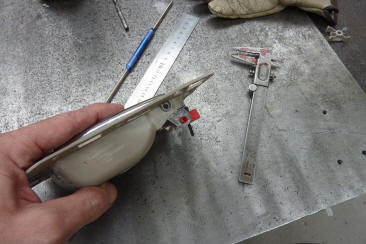 To clear the window I need to shorten the link arm. Works out well as this setup gave to much travel to match the bear claw release lever. Lever shortened and redrilled for the link. I did have to swap the lock link piece to the other side though so it could pivot more. 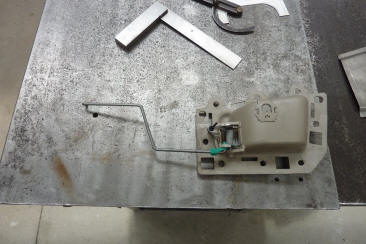 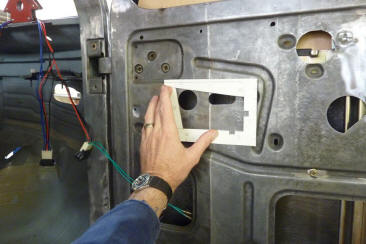 I had hoped to mount the handle behind the window guide track so the link rod didn't have to pass by it. The height gave a straighter pull to the release lever too, but unfortunately the clamps that hold the window to the lifting carriage got in the way. Twisting around with the handle nearer the lock was awkward so moved it closer to the hinge. I didn't what to cut through the pressed ribbing as it is important to keep the area near the hinges stiff. 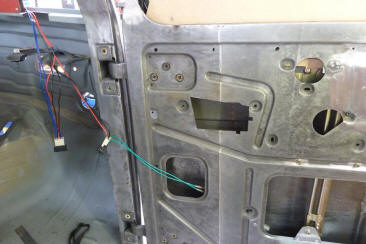 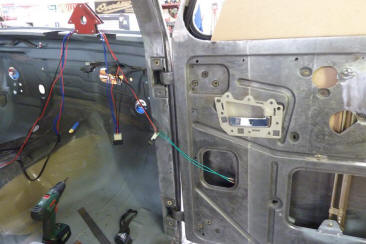 This was the only place it could go in the end and still be comfortable to use. The handle fits right in without interfering with the window. 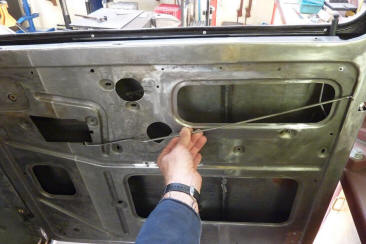 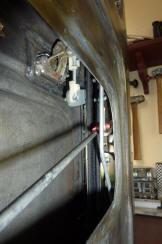 The rod is pretty long so I use thicker gauge and then just ground the ends down to fit into the link locks. I had to step it inwards from the handle arm so it could go between the window guide track and the inner panel. Did have to remove one of the old armrest mounts so it could pass by. I tried a big step up vertically as well in the rod first, but there was too much flex with the extra bends. Fitted into the lock release lever. Same one that the outside handle button connects too. 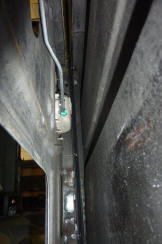 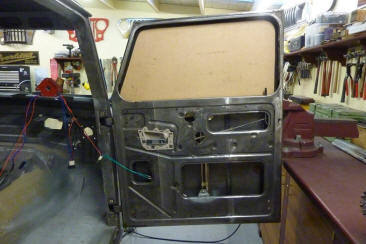 Can see the step to make it go close to the inner panel to get past the track. Another bit done that took longer than it should, but that often happens. 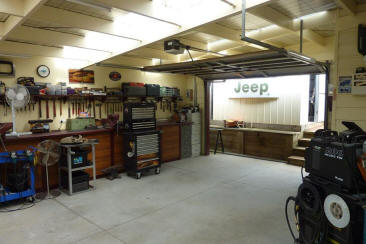 I felt it still needed a little more refinement. It worked fine but you barely operated the handle and it would release the door. So rather than move the link even closer to the pivot point of the handle, I thought it would be best if I increased the length of the release lever at the lock end. Tried a couple of different lengths and found 40mm-1.5" longer worked the best. Now it has normal range of movement at the handle plus it reduced the angle of the link between the two ends. If you extend the release lever at the lock to too long, it increases the effort on the door button to release from the outside. Well something is missing! 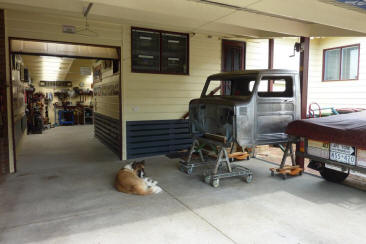 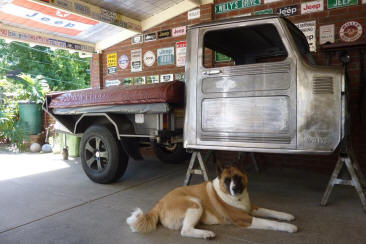 What is it doing out there? I had put the cab over to one side with the camper behind it and suddenly it looked like I'd done a mock up!