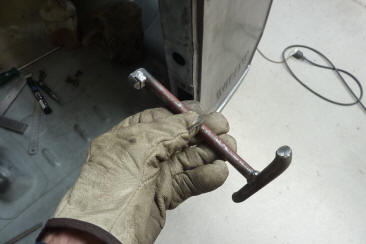 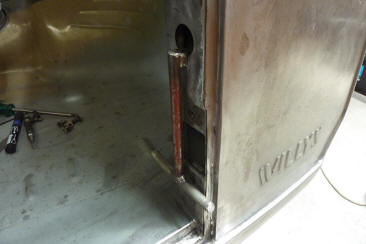 I have drilled a hole 14mm-9/16" smaller than the round part of the boot in the A pillar. I made this tool to flare the hole. The slot fits over the edge of the hole like this. 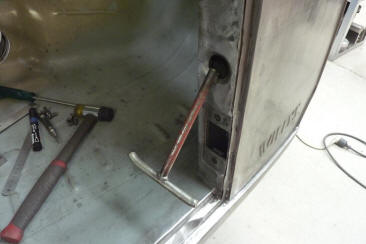 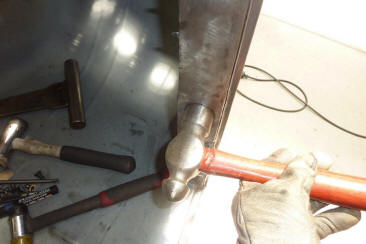 Then you pull up a little bit at a time and work your way around the hole. The T handle works well making sure the slot is always bottomed out while pulling on it. I used the small mallet to help it around as the flare got over about 45*. Could also hit against the underside of handle to pull the hole level if it sank in at all. Once nearly there I tapped through the hammer which was the size I wanted in the end. Helped round the hole a bit more too. 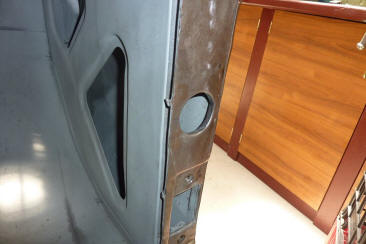 It left a 7mm-1/4" flare which will stop the corrugated part of the boot getting caught as it goes in and out while using the door. Once the flare was finished I was able to pass a holesaw right through and drill out the other side of the A pillar to get the wires and plugs through. So the hole at the start was 29mm-1.1/8". The 10mm-3/8" slot opened up the hole to 43mm-1.11/16", 14mm bigger. I had done a test hole first to see what I would end up with. But the slot needs to be half the depth you want the diameter to increase by, plus about 2.5 times the material thickness. 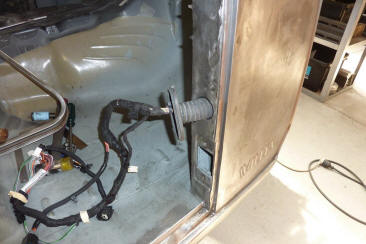 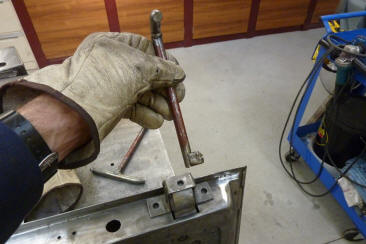 With the plugs all the way through the A pillar and the wide part of the boot inside it, you can push and pull the boot in and out even on the angles it will see with the door opening and closing without it catching. Now the door side I don't want to move so I want the final hole size to be the small diameter of the corrugated grooves. I am still going to make a small flare so the edge of the hole doesn't cut through the boot over time. Notice the angled cut along with the other one on top. 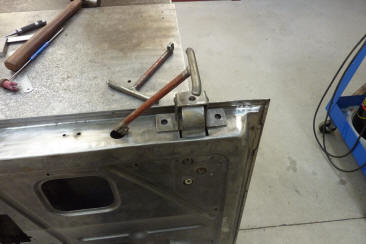 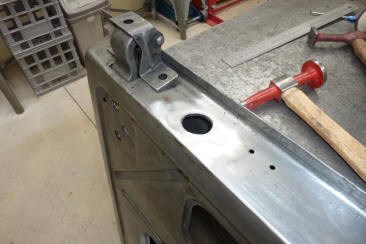 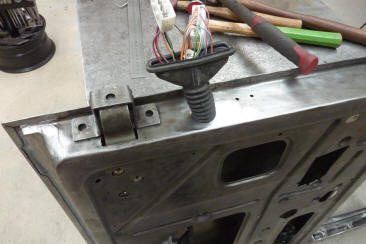 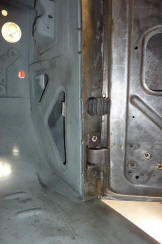 With the big oval part of the boot inside the door and the depth of the flare inside the narrowest part of the boot grooves, it sits there firmly. A this is how it looks when all in place. Can also just make out one of the plugs in the cavity inside the kick panel area once it has passed right through the A pillar. To remove the door I simply unplug from there and pull the boot through followed by the plugs and only takes a minute or so. 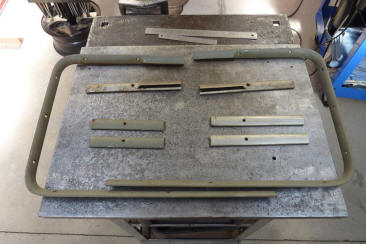 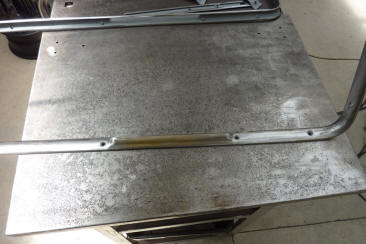 Doing what I can on the windscreen trim. The windscreen is 220mm-9" wider than stock so each side has to extend half of that. No height change as the whole windscreen frame was lowered instead by sectioning the cowl 50mm-2". The defrost louver lengthening finished. This is all you will see from the inside of the cab. 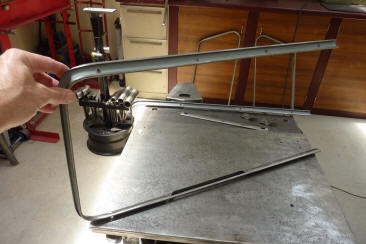 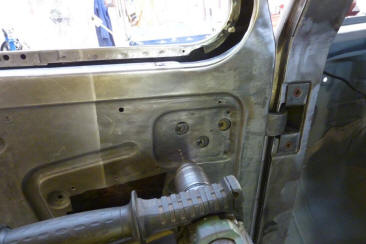 Enough airflow to work the defrost from the longer stock louver. The mounting holes were welded up and moved and re-punched to be even where needed. Now the door modifications are completed, I am stripping the doors right down and removing the hinges so I can spray the inside with a zinc coating. I drill a couple of small holes through the inner door skin and into the hinge so I can put them right back in the same spot. Each hinge was drilled differently so I know from where they came. When putting the hinge back, just line up the holes and screw it down. 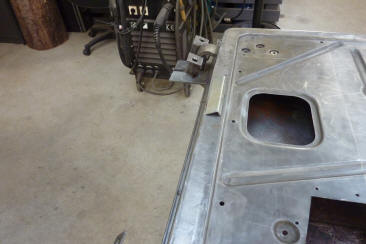 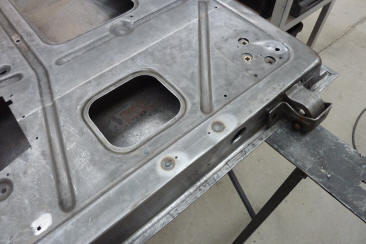 Played around seeing if I could use the stock door check strap with the bar going into the A pillar instead of the door, to avoid the one piece windows, but just couldn't get it to work that way. So I'm going the same way as many Jeeps have. Going to start by welding this heavier gauge angle inside the door and A pillar where mounts will be fixed. Angle plug welded into position inside the door. This is just to make sure the screws don't get pulled through should the door be caught by a gust of wind or let go when parked on a side slope! 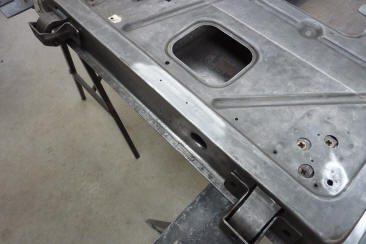 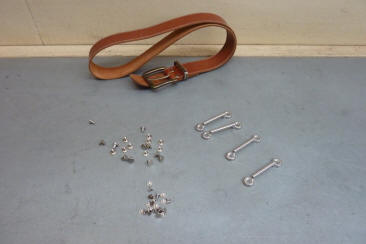 Ground down the welds and pilot holes drilled. Bought some stainless steel footman loops and using an old leather belt for mock up.