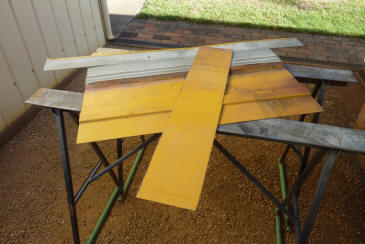 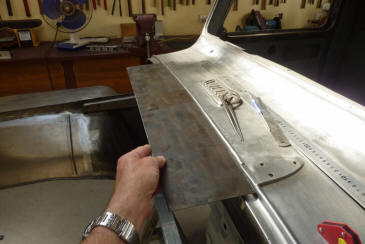 Need to lengthen the bonnet due to the guard stretch and the wider V of the grille centre. I cut some from the old rear wall left over from the 58 cab. I cut it with some arc and then ran dividers between the cowl and the piece and cut along that line to get the right edge shape. 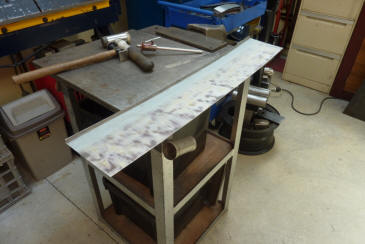 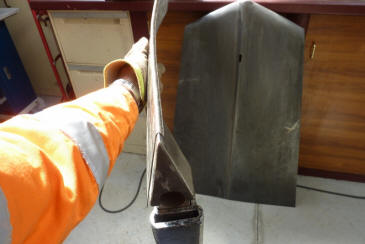 The factory edge was folded back over on itself. This is as far as I can tip it on the bead roller. I have also shrunk the edge a little knowing that it will need that once it is flattened due to the direction of the slight arc of the edge. To take the fold further, I hammered it over my modified wood splitter head. It was then given a fresh coat of galvanised paint under the fold. 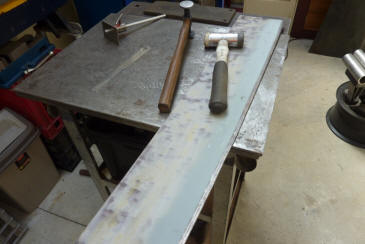 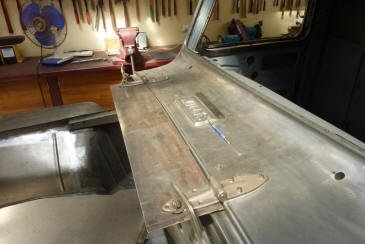 Just hammered over the bench first with the mallet and then the body hammer. Also a few passes through the English wheel to get it dead even quickly. Next the cast FJ Land Cruiser hinges were bolted back on and the piece was clamped on with the right gap and centred. Holes and hinge positions scribed. 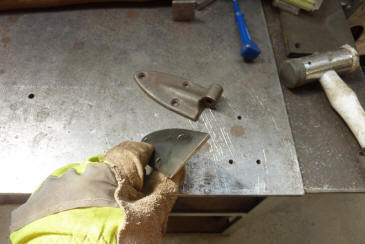 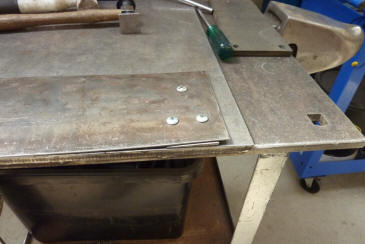 This is the same wedge I made for the cowl to make the hinge bases level on the rounded cowl. The same needs to be done for the bonnet to stop binding. The wedge was bolted down to the table along with the extension piece. 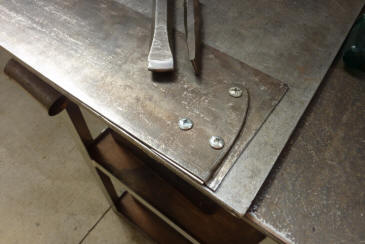 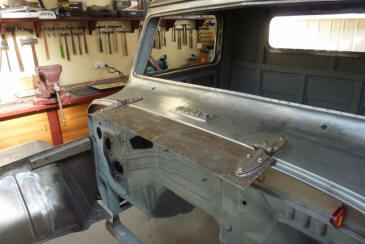 Just quickly chased around the wedge with rounded cold chisels. Bolted in and the hinges stay level even though the bonnet curves. 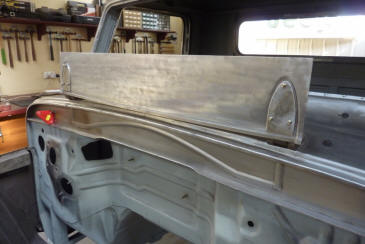 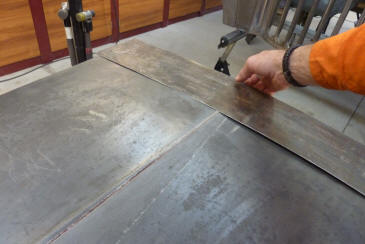 Made some nut plates for underneath, the same as I did under the cowl. These will do for now as not sure if I will run them as normally bolted through the bonnet support. Need to match the centre rib of the bonnet. 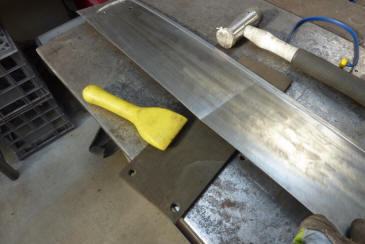 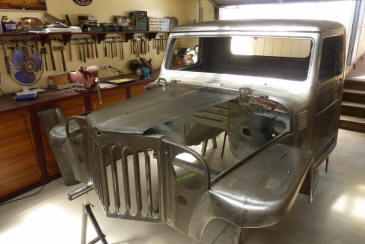 I started the rib by hammering into the rubber with the nylon bolster to get the softer shape. Then finished stretching the rib with a steel bolster. Double checked with cross measuring that the grille was perfectly centred and then adjusted the bonnet until the centre rib lined up with the middle of the grille and the cowl. Also that it had the correct overhang on the grille and then scribed where to cut. 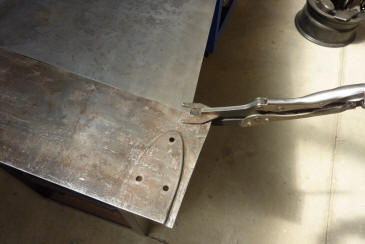 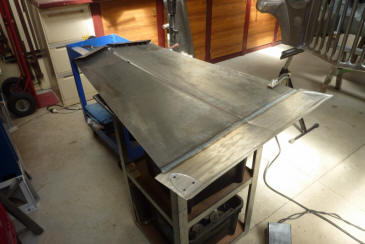 To start tacking on an edge I like to clamp some spot welding pliers to it so the copper pad helps stop the edge from burning away. I then tack with the mig quickly from one end to the other lifting or dropping the piece to line up the edge perfectly. The reason to go quickly is that while the tack is red hot, it expands the gap. As it cools it pulls it in too far and you have to hammer the tack each time to get it right again. But if you put the next tack it just as the last one starts to shrink, you can tack and move on. If the gap starts to open too far, I just wait for it to cool to pull itself closed again. A few close together tacks, allowing cooling in between, will pull it closed more if needed. This is the back of the tig weld and only stopped once to reposition myself and get more filler wire. It has pulled more than normal as I only had 1.2mm/0.45 mig wire left ready to go as a filler, and that takes more heat to melt than using 0.9mm/0.35 or even 0.6/0.23 that I usually use on 0.9mm/20 gauge thick sheet. 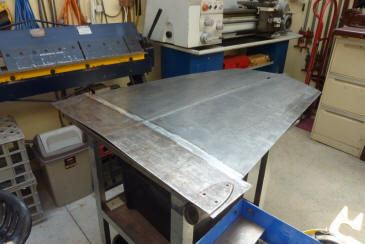 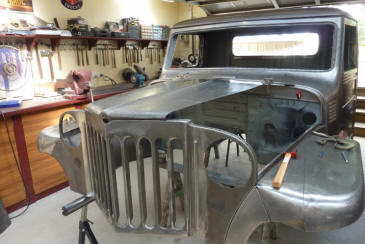 Some planishing to stretch only the weld and it is looking much better. I have got most of the shape right as there was already some damage to this bonnet from being walked on some time in its prior life. Once more bonnet pieces are added, giving it some frame, I can do more. 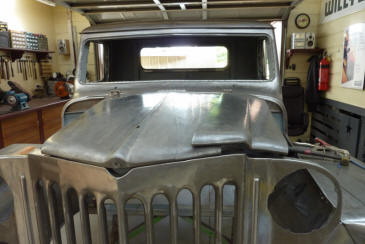 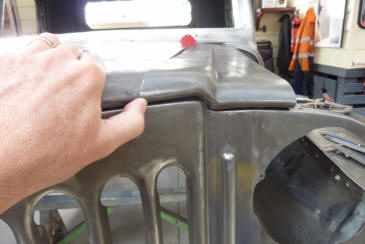 Now the next piece needs to be added making sure that the joggle lines up with the edge of the grille centre. Also the the front edge is inline with the centre piece. I will cut it slightly larger and then trim to fit. I have to leave enough room in the joggle area for the rubber strip that goes along the top of the grille. Another 2mm off and it will be good to go.