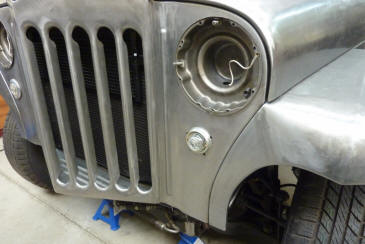 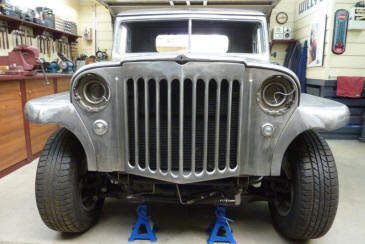 This was what was on the 58 grille. Very much like the 47 Fords. Looks a bit undersized I think. 52 on the left and 58 on the right in the picture. 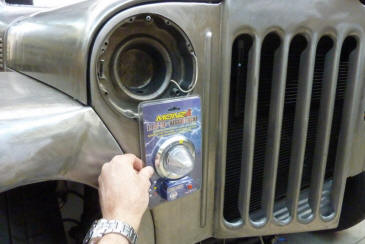 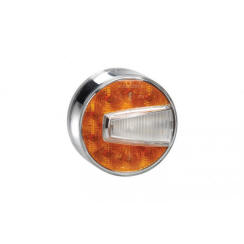 I actually bought these LED ones many years ago and got them in white, yellow and red versions to use on the front and back of the Truck. All are clear when not lit. I was going to run a yellow and a clear version above each other on the front, but don't think they suit anymore. Maybe still for the back?  Narva make this combined unit and are the same size on the outside as the 52 Willys ones. They might suit the LED headlights more and have a arrow look to the indicators. 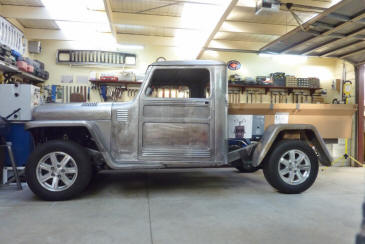 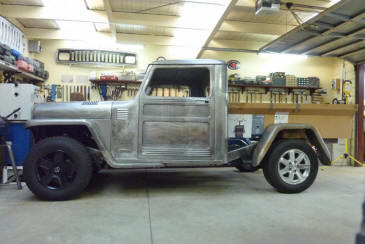 Deciding on tyre size now o put the standard spring back in the front to get and idea of ride height. These are the stock donor tyres are the Grand Cherokee size at 29.5" tall. Too small. On the right, these are off my KK Cherokee and are 30.5" tall. Looks much better. I have raised the front 1/2" to show what it would look like mounted as well. 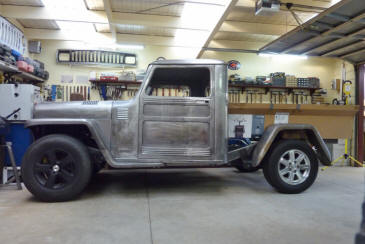 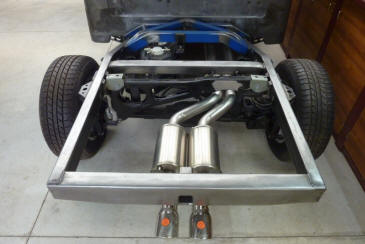 These are off my trailer and are 31.5" tall. Raises the front an 1" over stock, (2" taller overall). Maximum I can go and might be tight on fitting a full sized spare and on up travel. Is it worth it over the 30.5" tall ones? Now why I have been looking at choosing my tyre size is that I have always wanted to put my spare under the bed on a cable winch like the donor had. But there is not enough length between the cross members and have the centrally mounted SRT Corsa exhaust in the way as well. Was pretty amazing that the whole exhaust bolted in in the first place, but thinking I might run the resonators wider apart under the chassis rails. 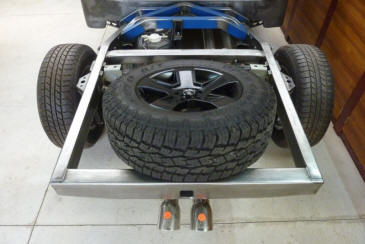 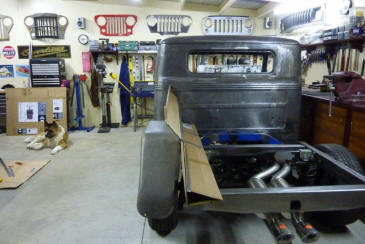 If I go for the 30.5" tall tyres, I could just cut out the rear cross member and turn it around so it is not recessed between the chassis rails. That would give me access to the towbar again too! Been toying with the idea of using a profile that kicks up vertically like the Willys Army trailers. 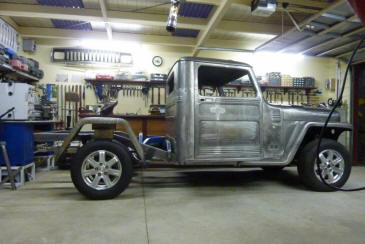 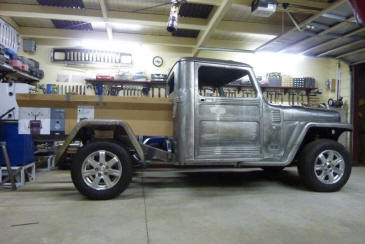 Now I want to see if the proportions still work if I extend the bed to take the spare wheel. The stock bed length is 2030mm-80" but has lost 175mm-7" due to the cab extension, so gaining some back would be great. I don't want an unbalanced look either that you often get after a cab extension.  This is with the bed long enough to take either sized spare wheel and 65mm-2.5" further behind the axle centreline than stock. The sides are also 3" higher than stock, now level with the top of the ribs running across the back of the cab rather than finishing under them. 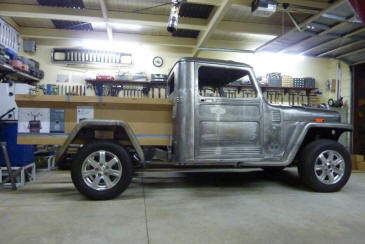 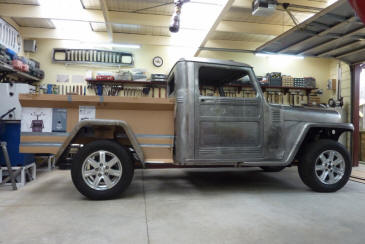 The Willys beds have a separate piece under the side which is part of the sub frame. I have it next to the chassis rails here which would be great if I can do this as wouldn't have to raise the floor then. This is because I have raised the chassis rails 100mm-4" to get the stock up travel from the donor suspension. Added the frame skirts. Starting to look a bit 'bulky'. 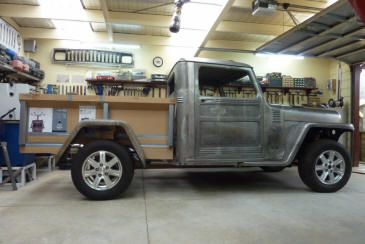 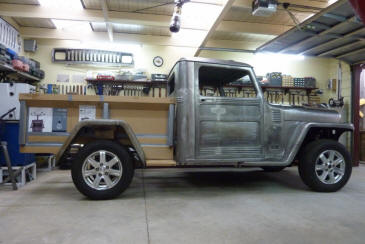 Thought maybe the stake pockets will help break up the bulkiness of it. This is with three stake pockets the same as the stock Willys bed. Maybe a step in front of the wheel guard helps like on the pre 53 models? 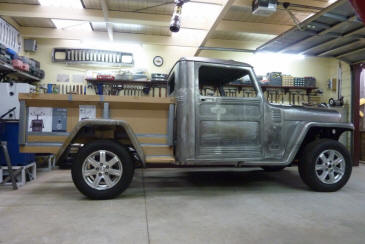 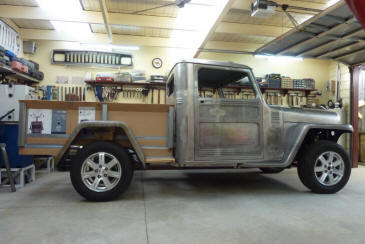 Raised the step so level with the bottom of the cab rather than under it like stock. Removed the vertical piece of the bed giving the same height and profile of a stock bed. 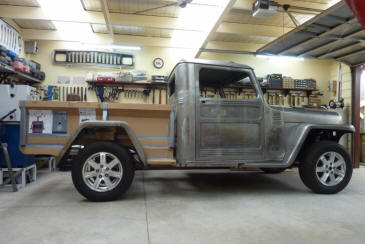 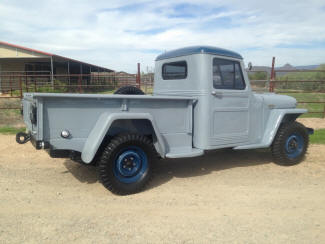 Last try is cutting 75mm-3" out of the height but putting the vertical section back in. So overall height is the same as the last shot under the ribs.  What the stock bed looks like for reference.