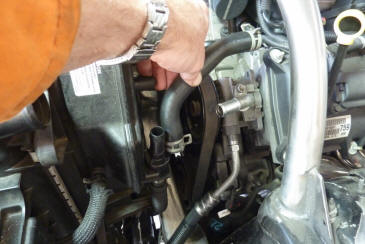 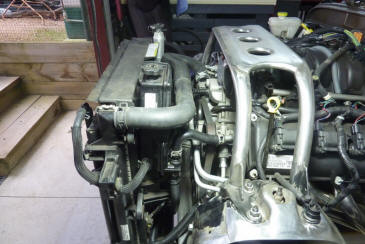 I bought the 19mm-3/4" version to replace the power steering pump return line. You can see how much lower I have mounted the radiator than it was in the donor. It is closer as well. I cut one of the bends off and fitted it. I was lucky with the donor top radiator hose as that just fitted right back on again. The bottom hose I had to shorten from both ends losing one of the flared end sections. I soaked the hose in boiling water to soften it and then quickly pushed it over a steel pipe slightly larger than the radiator outlet to expand it back up again. Then let cool. 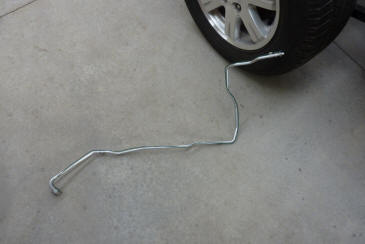 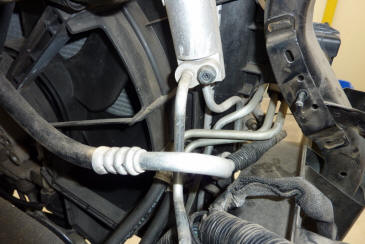 Some of the more complex pipes that I was re-routing was this A/C line. I found it easier to make a template from wire first to see if I could use any of the factory bends in the new location rather than straightening it all out and starting again. This is the photo I took of the donor before pulling it apart so I knew where everything went! Even though I am making it look OEM, I try to neaten it a bit where I can. 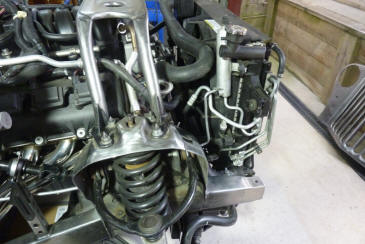 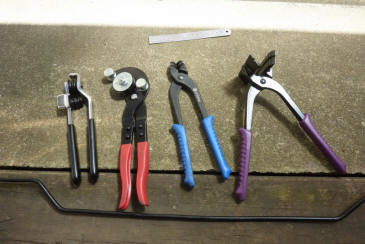 This was I ended up with while also leaving as much room as possible for other things like the airbox and radiator overflow that was mounted on this side. For working on the brake lines I used these tools. Rarely the centre two though as they both mar the plastic coating of the OEM lines. 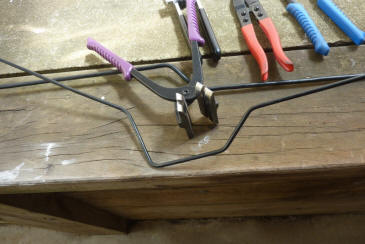 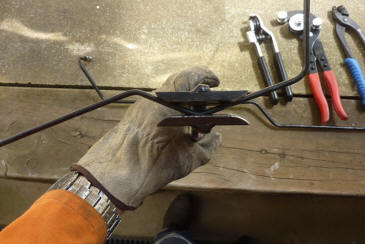 I like these 3/16" line straighteners that I got from Eastwoods. I did however have to modify them so that the leading curve was at both ends rather than just one. Just place the bend in the middle of the jaws and squeeze them hard. So long as the bend is less than 90*, they will work. Just stretch out those bends a bit first by hand that aren't. 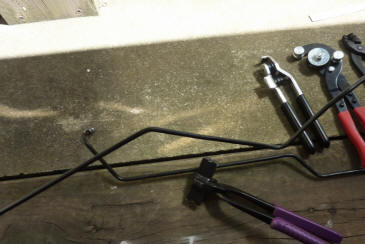 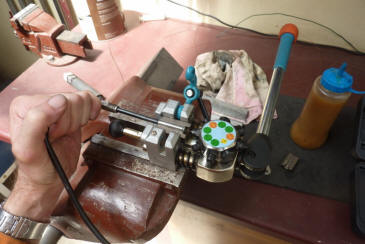 That is the result of the bend gone between the remaining ones. I got a bit more improvement than this, if when squeezing hard, I hit the centre over the jaws with a nylon mallet while it was supported over some timber. Lines that were shortened were re-flared with the Eastwoods tool. I was a brake mechanic many years ago and this is better than what we had back then. 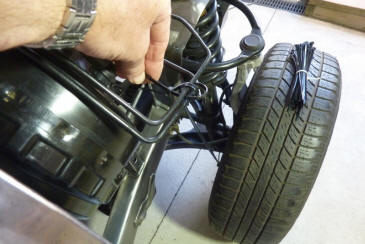 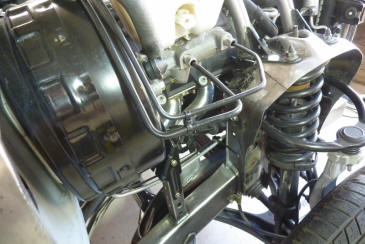 A nice little trick I first saw 20 odd years ago, to separate ignition wires originally, was to use zip ties as a separation clip. First loosely loop over the two lines, then use a second zip tie around that tie between the two lines as a spacer. Tighten the spacer zip tie fully before then tighten any remaining slack out of the other tie that is inside of it. One ready made line spacer. :) The line bends over the booster BTW were made with the first tool shown and the right bends were factory. 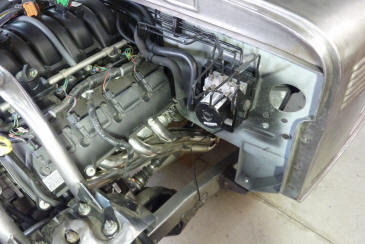 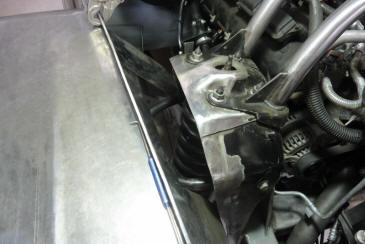 I have not done badly on using the OEM lines considering that I have 8.5" longer wheelbase than the donor Grand Cherokee and 7" of that is the front axle further forward of the firewall. Only the shortest line from the ABS pump to the nearest front wheel will have to be replaced if I want to keep the stock routing of going via the firewall first. Now I have a large gap to fill between the inner guard and the suspension tower to sort. 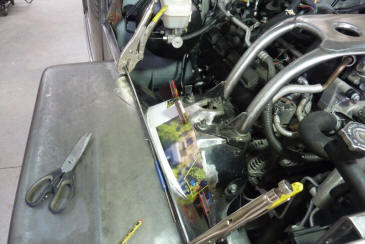 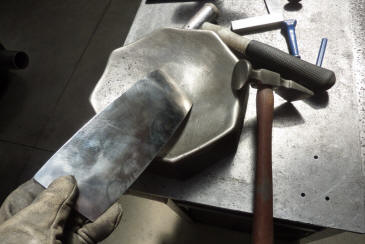 I was first going to form the inner guard towards the tower but thought it would be better to extend the tower towards the inner guard. This is hot rolled 2mm, 14 ga, thick steel to match the tower. I formed the compound curve inside this 150 year old gold stamper base. The multiple radiuses it has means there is always one that suits. They were there from different stamp head changes over the years of use. I just cleaned them up. 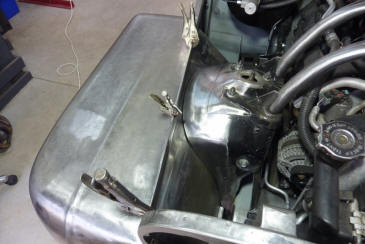 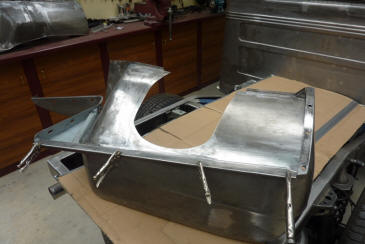 I have left a gap all the way around as the tower is welded directly to the frame and the guard to the rubber mounted body. After marking where the tower sits, I cut an even amount in from this ready for bead rolling. If you bead roll with an even amount next to it, the bead will form more consistently as it draws metal in from the edge. 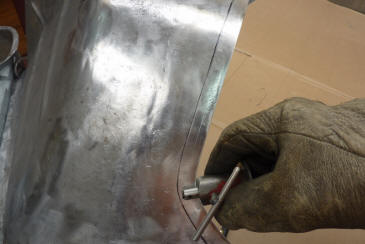 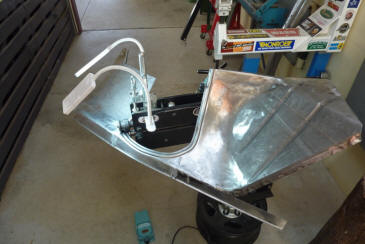 I prefer to bead roll with the female die at the top in the bead roller so you can use one edge of the die to accurately follow. Too much room for error if you try to estimate the centre of the male die. So I am measuring half the distance of the die bead width from the centre of the black line. I also turned down the flat area each side of the male die so I could get a deeper bead. For some reason the Chinese dies only the female side is full depth, but not the male side! So you can never get a full depth bead and it also means that it doesn't stretch the metal causing more distortion. I went as far as I could with multiple passes from one side before feeding in from other to complete the bead.