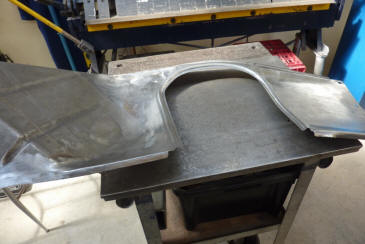 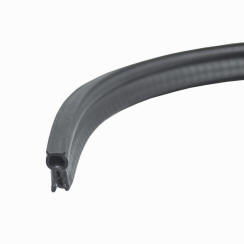 Still had a little stretching of the bead to do to sit flat across the top, but otherwise it did a better job. The bead was made for two reasons. To greatly stiffen the inner guard around the opening, but also to sit some pinch weld rubber with a single top bulb in it. 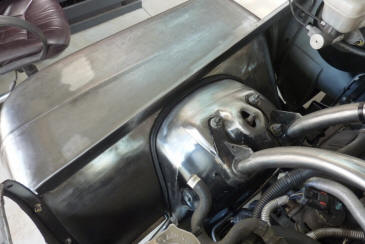 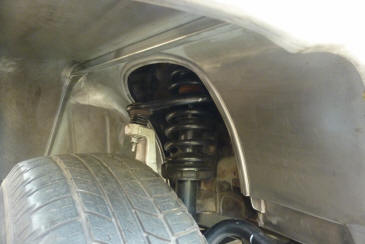 The rubber seal handles all the movement between the body and the suspension tower, while also stopping road grime and track mud from coming in there. Looks good enough from inside the guard too I think. 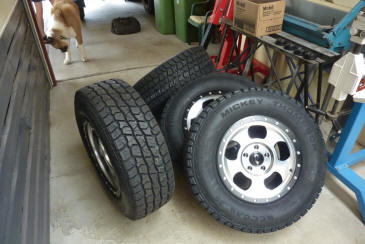 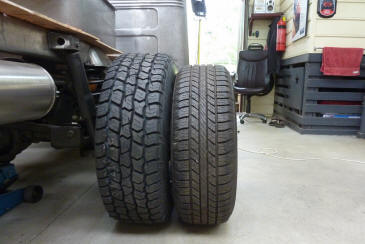 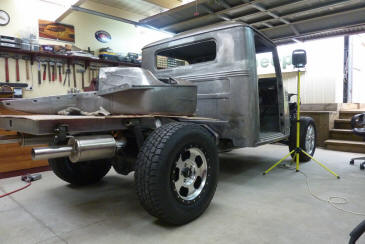 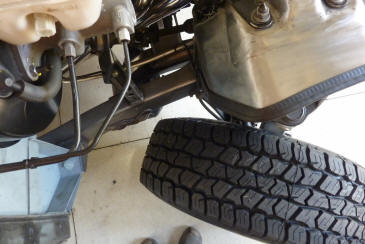 Hotrod rubber rake! Couldn't wait to finish the front so quickly threw on a pair of rears. Plenty of clearance to the frame rail. I liked the tread as more old school looking like a dirt track tyre. Modern tyres would look weird and didn't want the weight and noise/handling sacrifices of a mud terrain. 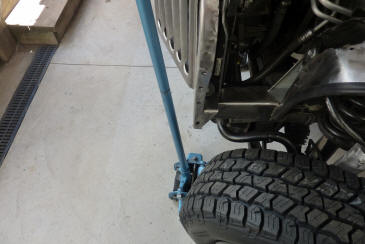 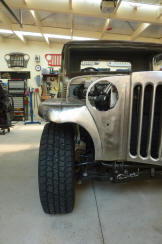 No problem with clearance to the swaybar. Tyre actually protrudes a couple of inches past the side grille! One thing that did bug me with the wheel centre moved outwards, an inch each side over stock, is that the bottom of the peak no longer lines up with the middle of the tyre. 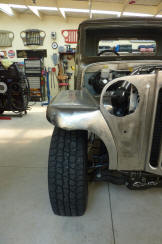 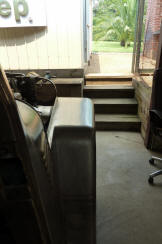 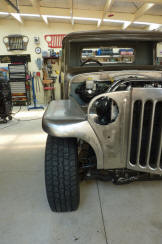 So first thing I did was hammer and dolly out the peak that ran three quarters of the way down the guard top from the bottom of the guard lip. Came up pretty well considering no grinding, sanding, filing or shrinking was used. Just a paint strip disc to highlight what needed to be done. I was expecting to use the shrinking disc but there was more crown at the rear of the guard where there was no peak, so it was all the same crown in the end with the peak removed. Then I hammered out the part that dipped down to give a smooth arc instead. Then trimmed back the excess from the lip to keep it even. Guard now looks even more like a hybrid between the flat nosed 48 and the later pointy nosed guards. So now have both inner guards finished and changes made to the outside as well. 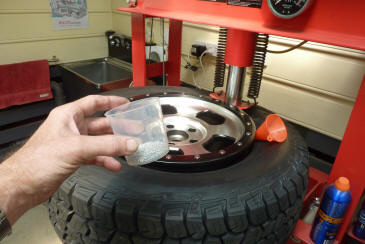 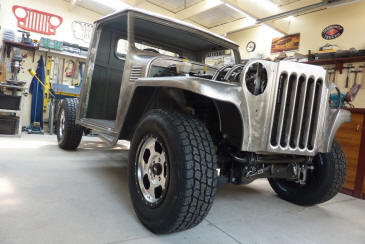 I had my tyres fitted without any wheel weights. I prefer on my Jeeps, and even the camper trailer, to run stainless steel Teflon coated balancing beads. They don't break down like the glass ones and I have been using them for about 10 years on my Cherokee without any problems and get better tyre wear. No ugly weights to see either! See my write up on my Cherokee if you want to know more. http://gojeep.willyshotrod.com/BalancingBeads.htm I chose these tyres and wheels for the more old school smooth sides walls matching the wheels and 48 body. I looking for a classic looking wheel so billet was out and didn't want the extra 30% heavier weight of steel. 5 slotters were even offered from the factory on the Jeep J10 which took over from this body shape. These AR969's were also offered in a satin black which would give a more military feel to the build. Turns out there were none left in the country as they are no longer produced in this size, so was lucky to get any at all. Can always paint these later along with the body if I suits better but might leave as is. 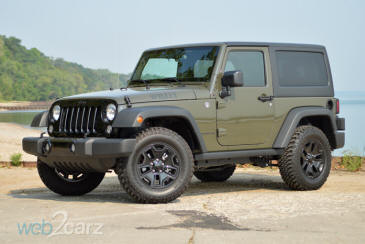 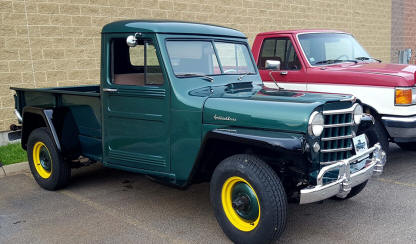 Lisa and I saw Tank green, as first offered on the 2015 Willys Edition of the JK, in the flesh for the first time and really think it could suit the utilitarian theme I have always been going for. Gives a bit of heritage flavour as well. I would run it with black painted guards to break up the colour a bit and keep the 30-40's look as well. This gives you an idea how a Willys Truck looks like with the guards painted black. 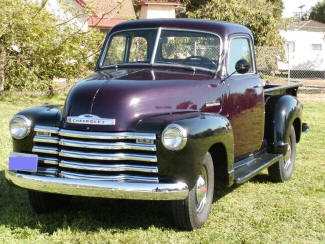 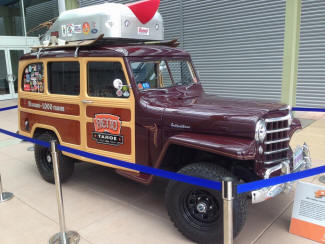 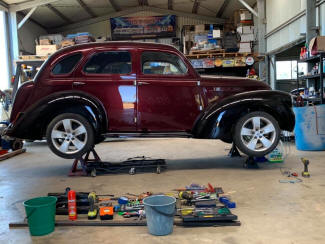 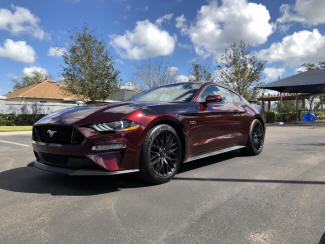 This Holden bodied 1936 Willys Sedan shows how a modern colour with black guards would look. When I saw a Mustang with this colour drive past, I just loved it! Called Royal Crimson and was a 2018 only colour.