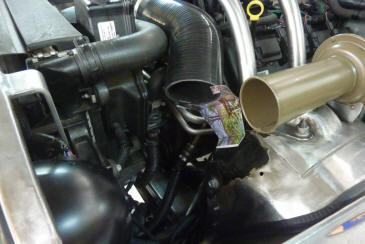 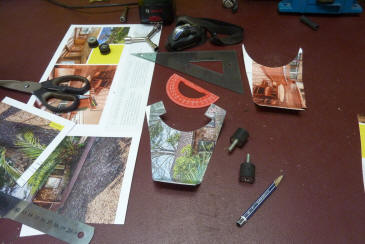 Some CAD work being done as I come up for an idea for a support for the air intake ducting. The tabs facing into the radius will be bent outwards to support the duct. I will also shorten the bracket by the height of the rubber isolators to help with difference in movement between the engine and the suspension tower. 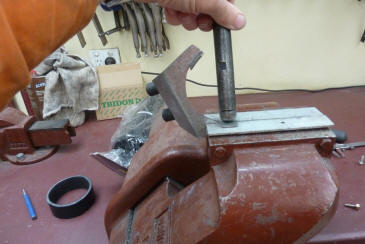 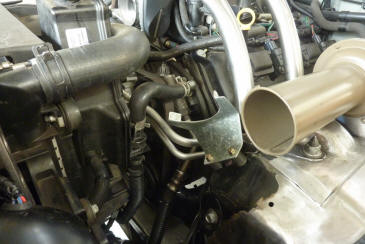 To bend the tabs over I just did it in a vice and hammered with the punch only in the centre. This gave the radius I was after to the tabs. I used thread inserts as could not get to the backside on one of them to push a bolt through. 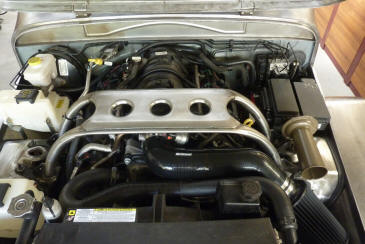 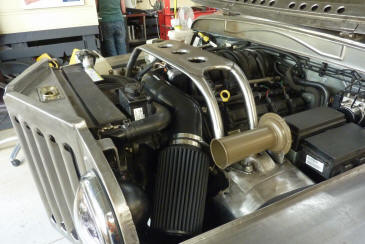 Ducting now finished and the last of the plumbing now done. I am using the largest K&N dryflow oil-free media filter, RU-3105HBK, that I could fit in. https://www.knfilters.com/ru-3105hbk-universal-clamp-on-air-filter Some states here do not allow an oiled filter for fear of engine fire after an intake backfire unless they are enclosed. Also the oil can affect engine sensors.
The hose clamps around the tabs on the support bracket holding everything in place while clamping the intake hose to the aluminium coupler inside at the same time. 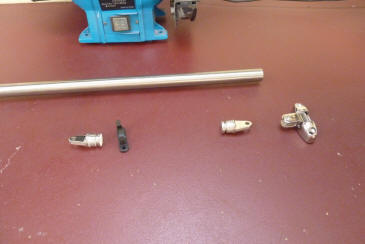 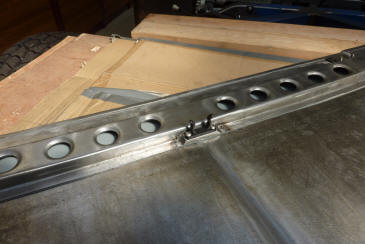 Always looking at things outside of the automotive area to see if they can be utilised. What I am making here is a simple bonnet prop. The components are all 316 stainless steel normally used for bimini tops on boats. I drilled and tapped some 5mm-3/16" steel and welded it to the flange of the bonnet support to hold the plastic storage clip. 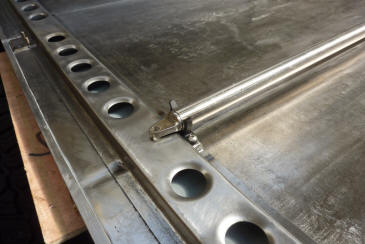 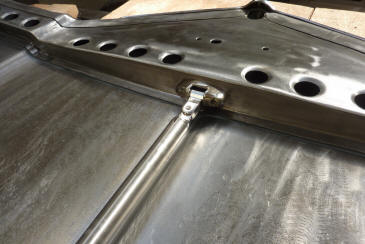 I wanted it to sit up as high as possible towards the bonnet skin to give me the clearance over the suspension tower support. The hinge is attached to another 5mm-3/16" plate that was welded inside the front support. The whole support could then be finally welded in place after it was all painted underneath. 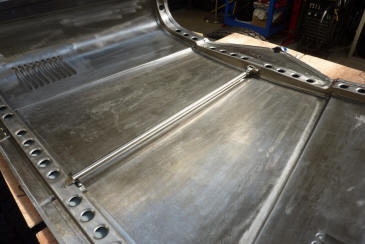 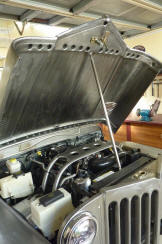 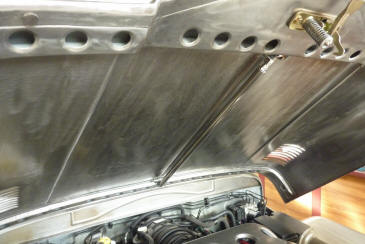 The stainless tubing is 22mm-7/8"x1.6mm-16g to suit the bimini ends. There are other sizes as well. They were just expoxied into place. The support is just swung to the side and forward and the end sits between two gussets that reinforce the top of the fan surround. The bonnet is kept nice and high to give plenty of working space on the sides. Clips nicely out of the way for storage. I looked at fitting, and even tried, two gas struts instead. But more bonnet supports would have to be added and thought to just use the KISS principle instead. This also allows me to flip the bonnet right back against the front of the cab should I need clear access from the side near the firewall too. 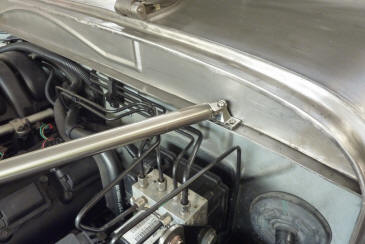 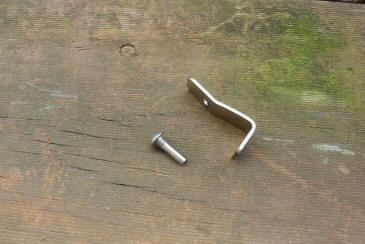 I had also planned to use this style of bimini hinge for the grille supports at each end. Thought it would look rather neat. But because I added the box tubing as part of the front guard strengthening, the grille is already fully supported and has no flexing like normal. For the lower bonnet prop mount I made a retainer from some scrap stainless and a stainless screw with some of the thread removed. 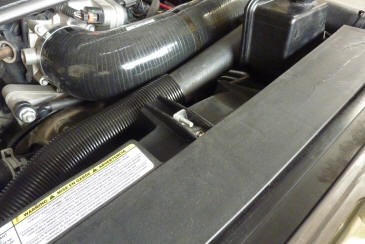 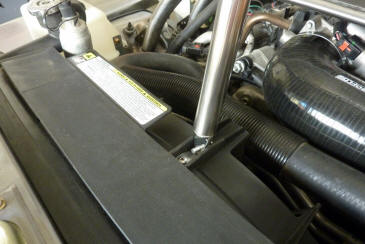 The bends ensure that the pin is exactly 90* to the prop end fitting. The pin was threaded into a tapped hole in the bracket. Pin goes through the existing fitting hole and stops the bonnet ever being blown back into the cab with a big gust of wind. 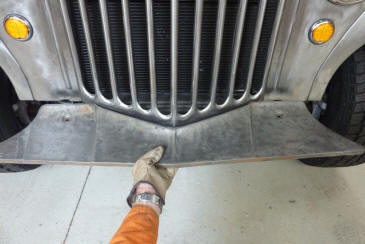 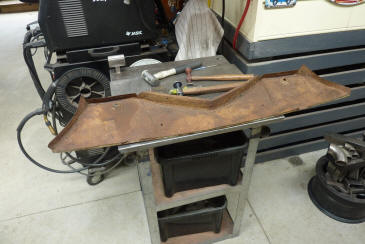 Working on the front stone tray or valance that goes between the grille and tucks under the bumper. The two outer creases normally line up with the outer edges of the centre part of the grille, but because I added the extra two slots, it needs to be widened. Same for the flat part on each side as well. Fortunately I was given a spare valance by a good friend Christos Kat​ that I can use for parts. 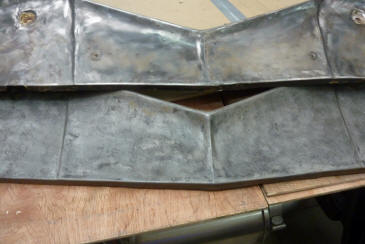 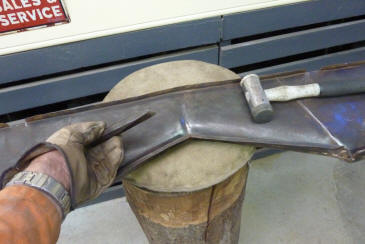 The spare is the top one after I stripped over a 1/4" of filler over the whole panel. They had tried to flatten the centre rib and creases to make it smooth. Flattening the centre rib caused the angled part to change so it no longer matched the grille and also for it to bow. Basically they stretched out a tuck shrink. I have started to hammer it back in using a rounded chisel.