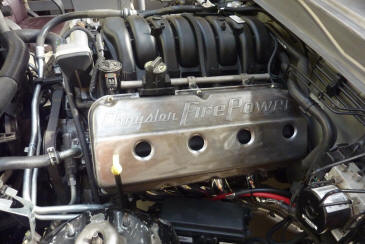 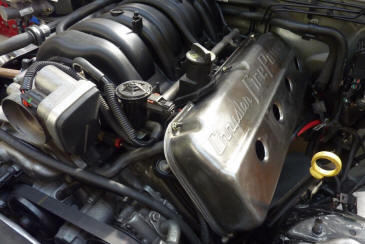 I also put nuts and bolts into the unused original mounting holes. I have some stainless dome, or acorn nuts on the way for all the cover bolts. Oil filler looks like it was made for these covers. 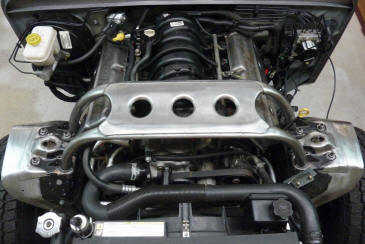 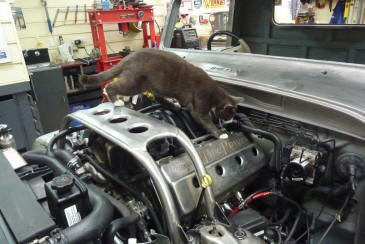 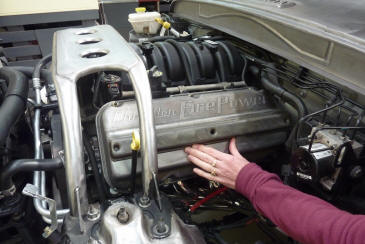 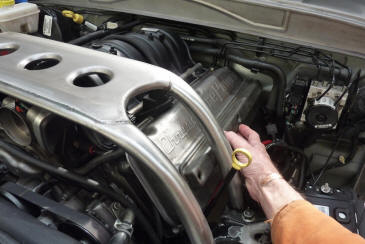 I got a lot of comments about what I was going to do with the original spark plug holes in the covers, even after I turned them into dimple dies. I had originally planned to run the wire covers that came with them. But they didn't fit on the other side under the brace or the brake booster. Also I don't like how tall they are anyway when looking end on. 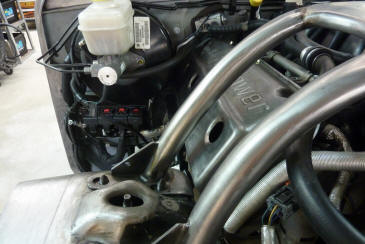 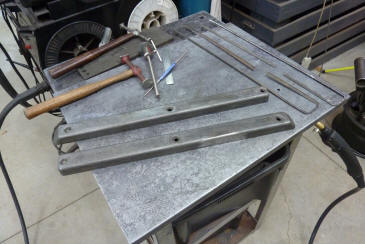 Thought about it and decided I could, with some work, overcome the main problem with the brace. I carefully, with heat and a press, reduced the arc of the brace back leg so it came out wider. Then welded it back on its mounting plate further back. It also meant I didn't need that clearance scallop anymore, so popped it back out for a much cleaner look. To solve the too tall look when viewed end on, and fix the clearance problems still left, I thought I would shorten their height. I started by cutting off the flanges. 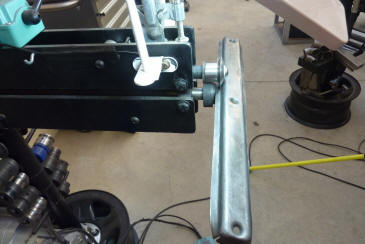 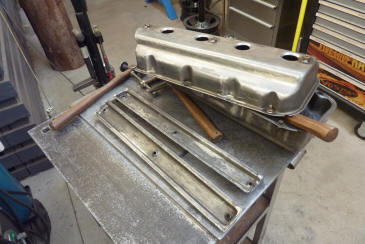 Then tipped a new flange higher up. I had to use a smaller lower die just to fit the covers over to start the bend. I cut the angled end off where the wires normally exit and folded a 90* bend instead. Still leaving the end open so any heat that builds up can escape. There won't be much as the cover sits up about 50mm-2" along the intake side. 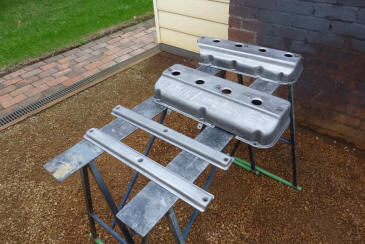 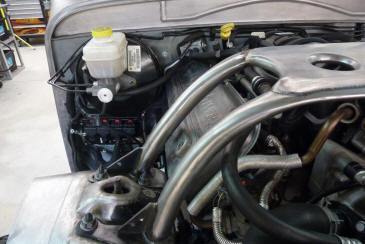 I treated the parts with some phosphoric acid which I will go into a bit more soon. Now it looks just as good end on and solves all my clearance issues. 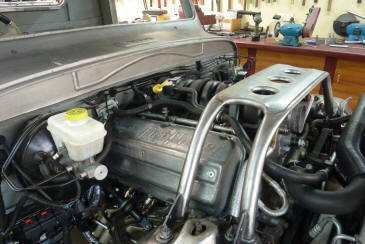 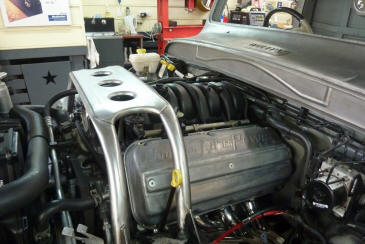 I had already cut off the original threaded standoffs, so welded on some stainless nuts instead. Went up a size so I could use these stainless countersunk screws I had which fitted nice and flush. Does look more finished now. 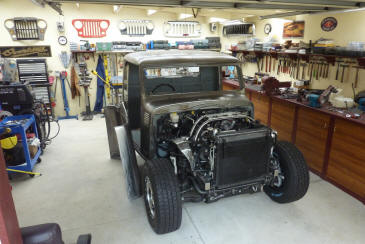 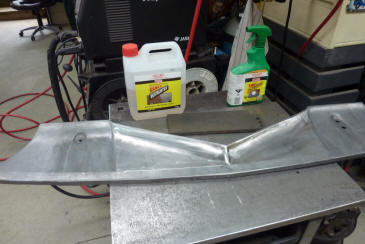 While I had the grille out, I stripped the rest of the front clip apart as well so I could come up with a better way of preserving the bare metal. The lanolin I have been using was good enough for storage, but not if I want to run for a few months on the road. Doing some research I saw that many were using phosphoric acid to de-rust, clean and preserve bare steel. I'm using Ranex Rustbuster by Bondall which I picked up at Bunnings. This also is phosphoric acid based. 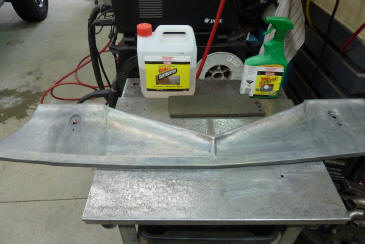 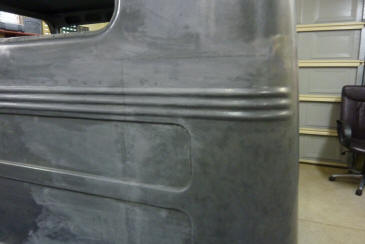 This is what it looks like after first spraying it on and keeping a thin coat wet for 20 minutes before wiping it off with a dry cloth. I had some consistency problems and got a chalky appearance in places. It does take some technique to keep a thin even coat. Leaving it too thick left it feeling like sandpaper. Re-wetting it with more acid and using steel wool and then wiping with a cloth got rid of any build-up, especially if there was a run and it dried, it would be black and sticky. It shows all the weld lines up too. Not sure why the weld has reacted differently to the acid etch? 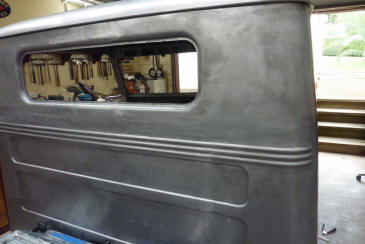 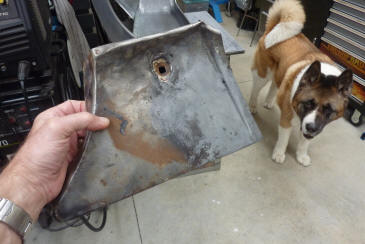 I actually tried some lanolin over it and it looked far more even after applying it. This was my test piece and shows how it cleans and turns the rust black as it turns it into iron phosphate. Using steel wool while wet really helps clean it even more so.