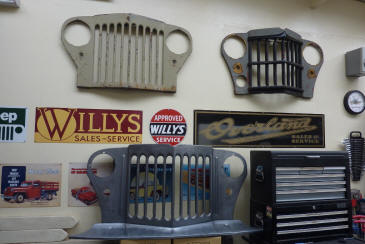 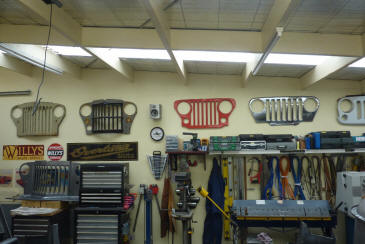 Think it is looking closer to the 48 grille above it rather than the 58 grille it started out as, which is what I wanted. Remember it is 2" taller and 9" wider overall with 2 extra slots added to make it the same number as the 48 grille. A shot showing the various Jeep grille proportions through the years. Think I am closer now with the modifications but wont know until I have the Willys back together again. 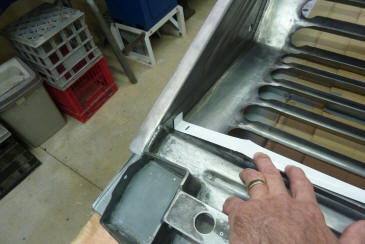 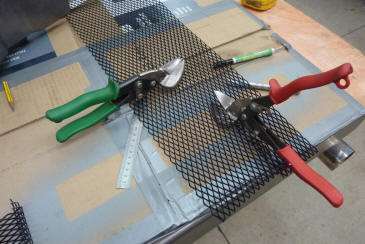 I'd been thinking of ways to attach the mesh while keeping it taut. Was not sure if just using tabs welded to the back of grille bars would keep the top and bottom tightly in place. So looking at doing it this way. The mesh I ended up using was branded SAAS and sold through Autobarn and others. https://www.autobarn.com.au/saas-body-kit-mesh-black-1200-x-280mm I prefer this style of tin snips when you need to cut further into a sheet. These are made by WISS and they work like a throatless shear. 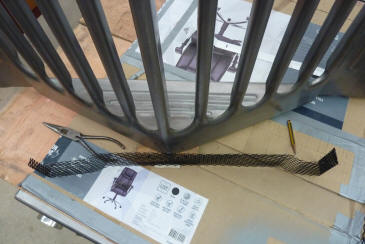 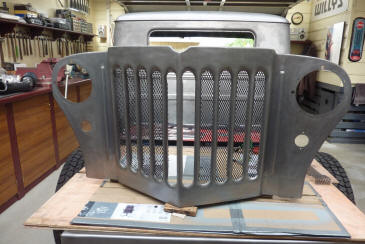 I thought it would look more professional if I curved the mesh to follow the back of the bars without gaps. The mesh was not wide enough for my grille with the extra two slots. I had also ordered one that was, but it had a bit bigger diamond pattern that was less obvious. This one also has a twist so you must flip one side to keep it looking the same when run vertically. Viewed this way gives the most 'screening'. 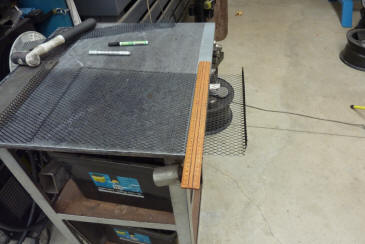 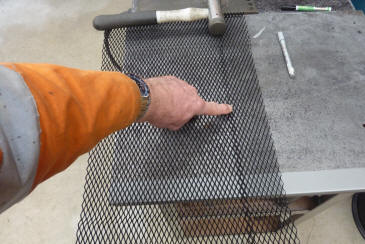 To make the bends I put some tape down along the edge of the bench to save marking it. Then holding the ruler down, just bent it down using my hands. For the bigger radius curve, I bent it over some pipe. I made sure the join was behind one of the grille bars. The pieces nest really well and could be held in place with the biggest rivet I could fit through the mesh holes. 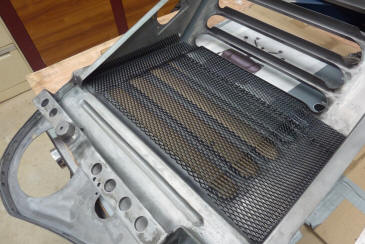 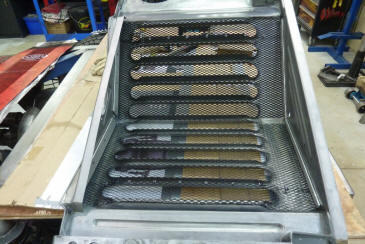 I couldn't attach it directly below the grille slots as it would show through the front of the grille. By having it fold at the top and bottom, the fasteners will be less obvious. I drilled and tapped some 3mm-1/8" aluminium sheet with the holes matching the ones in the mesh. Stainless steel button head screws then screw into these putting tension on the mesh. Worked so well that no additional fixing behind the grille bars was needed. 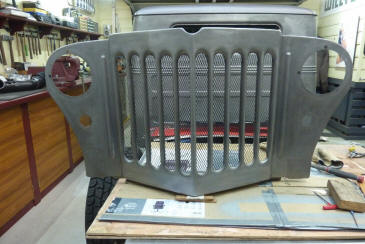 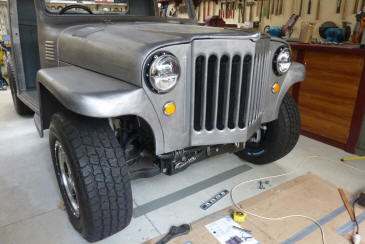 I ended up flipping the mesh so that the twist in it matched the angle of the grille so there was little obstruction when viewed head on. Also, the airflow now has a straight path. When viewed in front of the radiator it makes a bigger difference and makes it look less vacant. Haven't quite finished putting it all back together but wanted to show the mesh installed with the radiator behind. Gives more security this way too as no way to release the bonnet catch except by the release lever inside the cab. 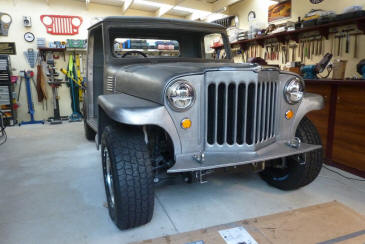 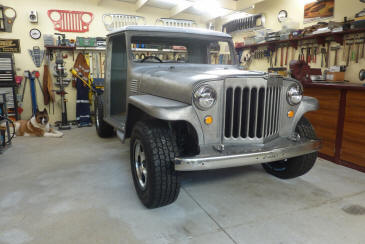 I tried the gravel tray at many different heights until I was happy. This is the position I have decided on. It is sitting 19mm-3/4" higher in front of the grille than before, but still leaving more distance from the bottom of the slots to tray. Bumper back on to finally see if it was worth it or not. The distance from the slots to the top of the tray is now half that of slots to the top of the grille. This is the same proportions as the stock 48 flat nose grille which is different to the 58 pointy nose grille.

Ok, just put together a before and after. About 20 shots it took to get it as close as I could, even brought the dog in! So left the overall height of the grille the same, but shortened the slots by 50mm-2". Then raised the stone tray 19mm-3/4". Also the grille mesh has been added which helps more in the flesh than it does in these photos. I think it doesn't need the horizontal grilles bars to be added as well anymore. 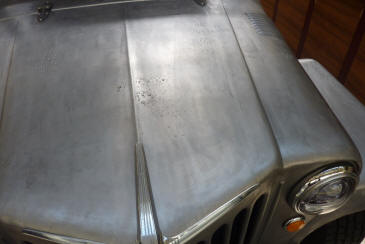 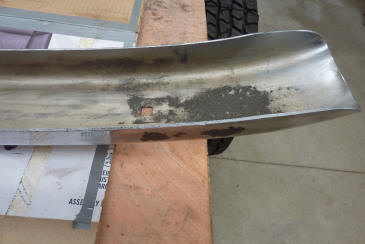 Well you can see the Ankor wax is doing a great job! As winter has started here, the cold nights with no wind causes condensation to drip off where the clear roofing is. Going to tackle fixing the rust pitting. The rust has already been treated but has turned black from the lanolin oil mixed with dust over the years. I can't just grind this down as the pitting is deeper than it looks and has it on the top side near the same spot too! 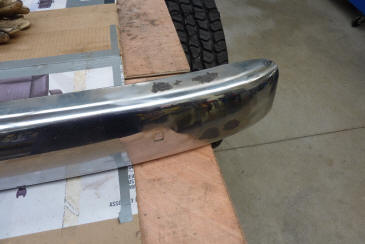 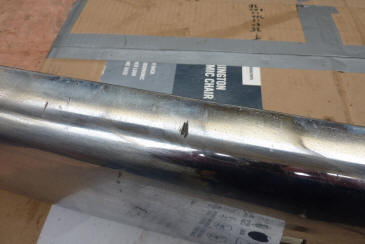 Being a Wagon bumper, this has rusted where the corner piece bolts on over the top of this. I will fix every gouge and stone chip on the whole bar.